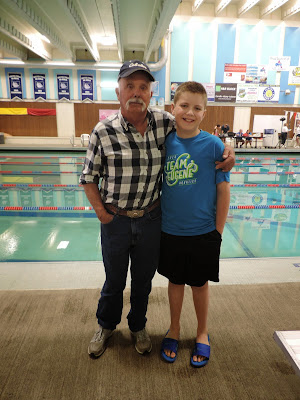 We were so happy to have Grandma and Papa come over for the weekend! I think we gave them more than they had bargained for between swimming and volleyball. It was a MARATHON WEEKEND, but it was all SO MUCH FUN! The swimming was a great kick-off to the activities. Britt swam the 400 Freestyle, a race he has never swam before. He was with the older kids and only knew a couple other swimmers on the team, but it was perfect! He did GREAT! And he was inspired by Coach Scott, who is the head coach of the team. He impressed us all with his stamina! He didn't get to swim on Saturday and Sunday, due to the volleyball tournament, but he was fine with that. He was happy to get one day of the meet in. We all loved watching him swim his heart out! 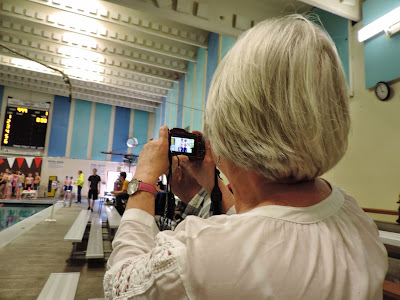 My dad got my mom a great new camera for Christmas, and it takes excellent pictures! Here, you can see Britt and one of his teammates in her viewfinder and then at the end of the pool in the main picture. Pretty cool shot, yah? 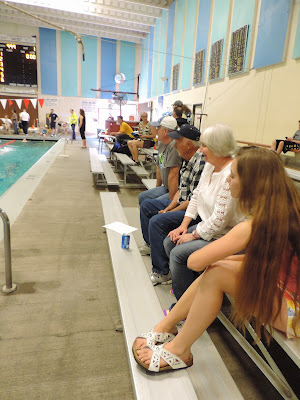 He had a great fan section, all lined up in a row, like the Ducks we are! Or, as I like to call us, His FAM Club! 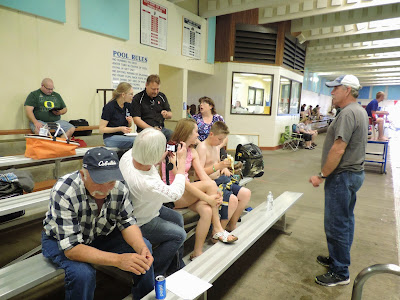 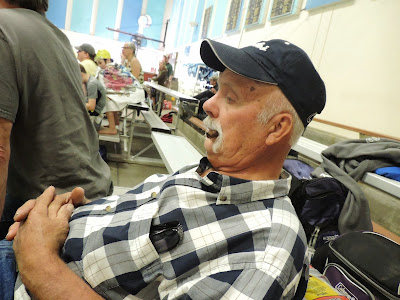 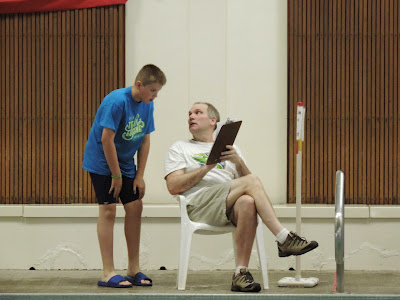 Here Britt was getting his pre-race instructions. These were important, since he had never been in this race before. This was also the first long-course meet of the season, so it was a full 50 meter pool, versus the 25 he has been practicing in up to this point. 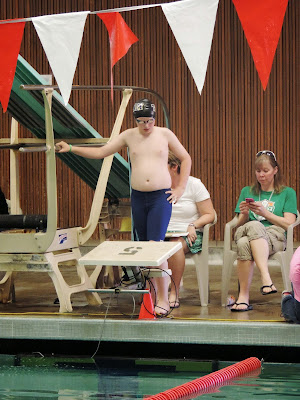 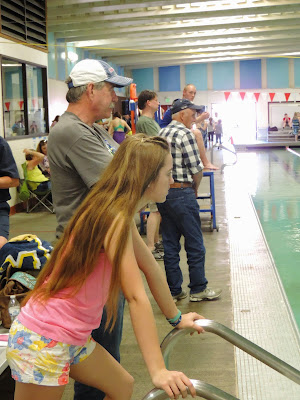 And he's off! He kept a great pace and then his last 100 yards were his fastest! Unbelievable! He is going to swim this event again, so I think it is safe to say not only was he inspired, but his confidence was raised, as well. 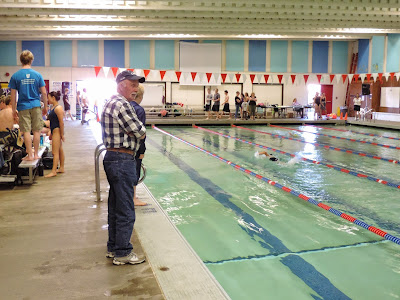 Papa went up and down the side of the pool, cheering him on. 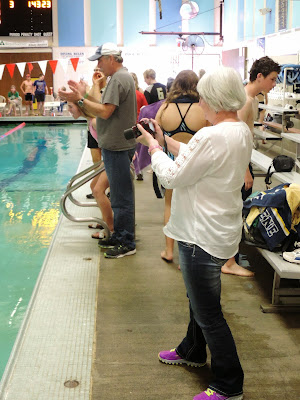 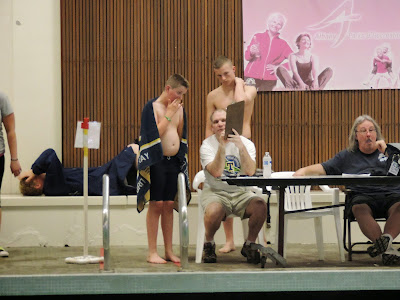 And then, after the race, Check Out with Coach Scott to see how he did. It was really fun to see Britt's grit and determination. Thankfully, the meet didn't last too long, and we were able to wrap it up at Dairy Queen, which was delicious (best ice cream ever!) - thanks Grandma and Papa! It was a special swim meet made even more special by having Grandma and Papa there with us. And Britt is already entered in the 400 Freestyle at future meet, so it was successful in more ways that one. Yay Britt!
at May 05, 2015