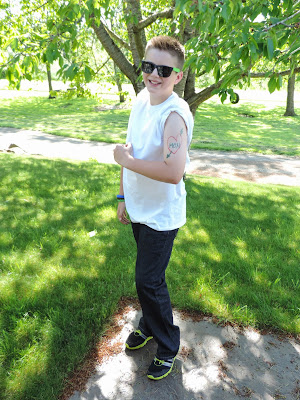 Seven Fiestas in seven years... Finally, we watched our final one. It was a whirlwind day - we rushed home from school, ate a quick bit of pizza on the way home in the car, got ready in less than an hour, and rushed back to The Hult Center. Right before we left, we took the traditional Fiesta pictures, which turned out extra cute, I think. I was reminded of Brailey's first Fiesta when she was a first grader - the weather was beautiful on that day, also. There's nothing like sunshine and green leaves and grass to make a picture that much better, is there? This year in Britt's class, they danced to "Shake It Off," the Spanish version, of course. And so they were dressed in an 80's theme, complete with shades for the boys and bright colors for the girls. The boys also had hearts on their arms with "mom" on the inside, which was so cute! Brailey did Britt's for him. He was a great model for me - I think these pictures turned out really well! 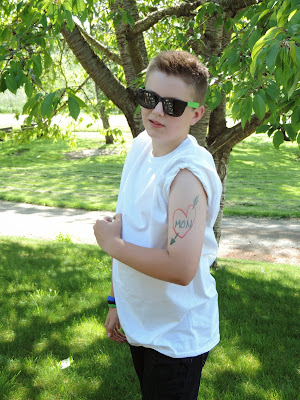 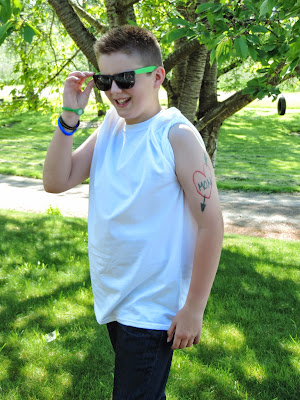 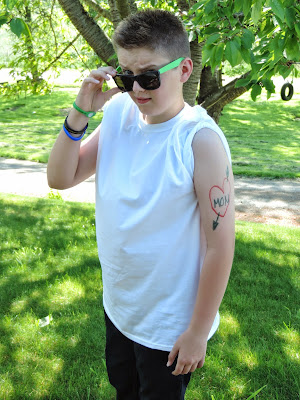 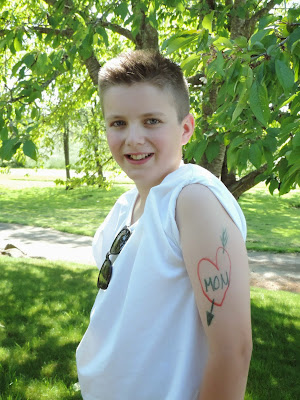 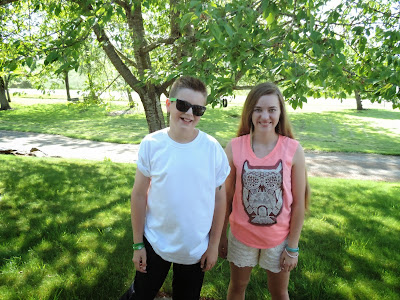 Brailey was very excited for Fiesta, because she got to sit with her friends. They went up to the second level and had a big time watching by themselves. She is so responsible, though, she got to Britt before Brady and I could, and was there waiting for us after the show. 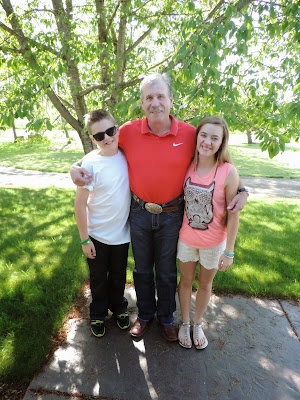 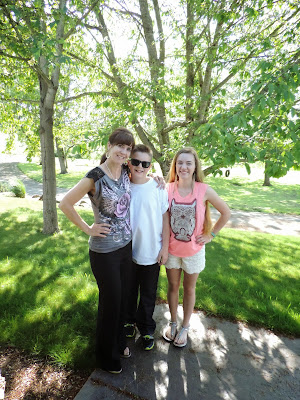 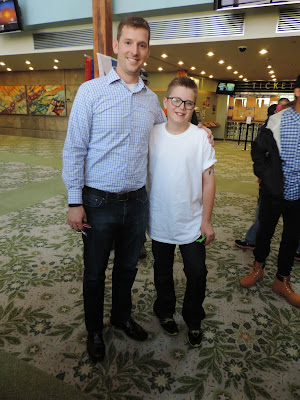 Luckily, we ran into one of his teachers, Mr. Billington before the show, so I was able to get a fun picture. I tried to get a picture of him and Maestra Bradley afterwards when Britt gave her flowers, but there were too many people and it happened too quickly. So we are grateful for at least one "traditional" teacher picture from Fiesta. 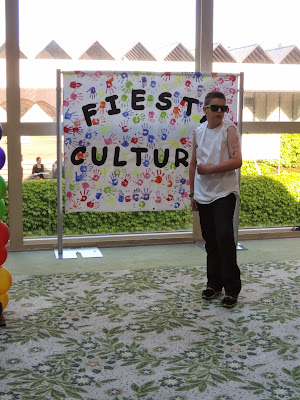 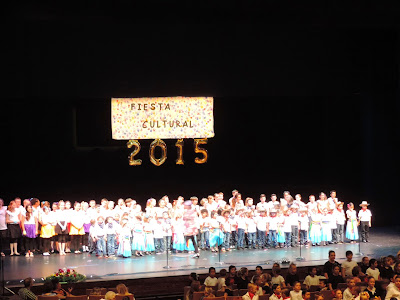 To start the show, the entire school sang "Firefly," by Owl City. It is much more meaningful to hear kids singing those lyrics... Beautiful! The fifth graders and kindergartners were on the stage, and all the other classes were in front of the stage, facing the audience. It was absolutely darling! 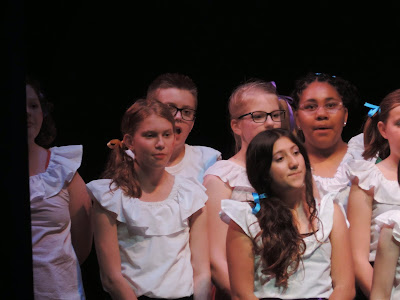 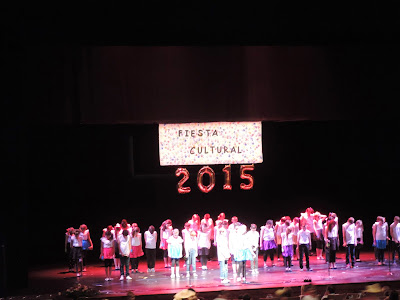 And then, their dance. IT WAS SO AMAZING! Britt is right under the "0" in the 2015. He had a "starring role" and thanks to the dance coordinator, was able to do the "John Cena hands in front of his face" movement. It was so cute! And much to my surprise, this dance made me cry. I couldn't believe it! Here I was, filming away, and tears start leaking out of my eyes. I was actually thankful to be done sitting through such a long show, because seven Fiestas is plenty, but it still made me sentimental. And I was just so proud of them. My friend Kristin choreographed their dance, and she did an incredibile job. It was absolutely perfect, and I don't think it could have been any cuter! 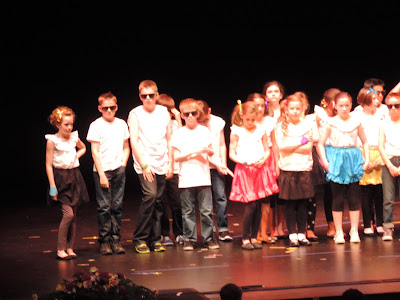 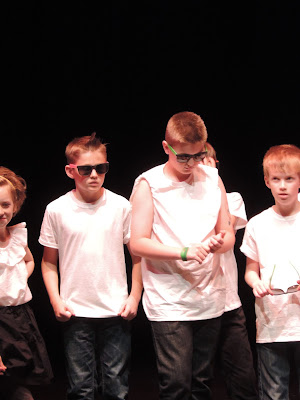 Here he is waiting for dismissal, after it was over, in between his two very best friends in the world, Daniel and Nicholas. These are the days! 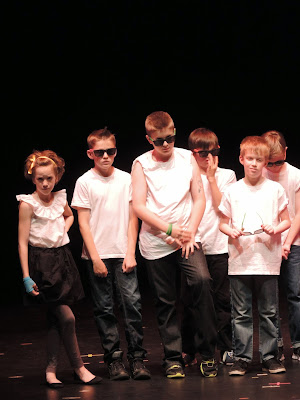