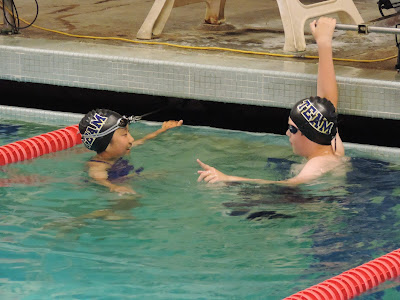 Last Friday after school, we zipped up the freeway to Albany for a Swim Meet. Britt swam the 400 Freestyle, once again. Very few people from his team were there, and it was nice and quick, which was a treat. Above, he and one of his teammates who is moving to Texas, chatting after they finished their warm up. Below, the two lane timers. They were desperate for people to time, so Brady and Brailey did it, and ended up having a great time. 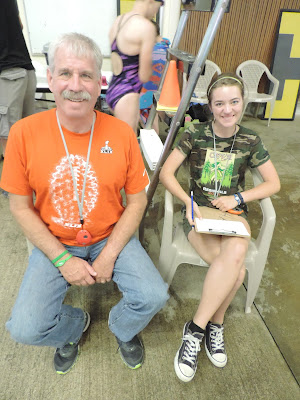 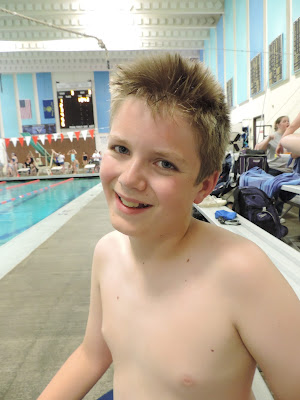 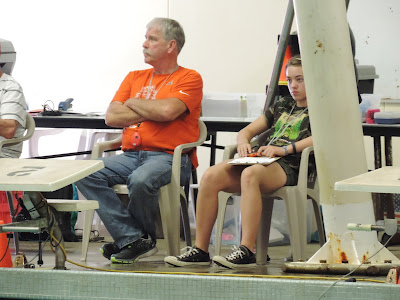 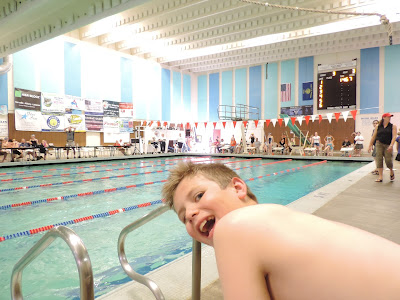 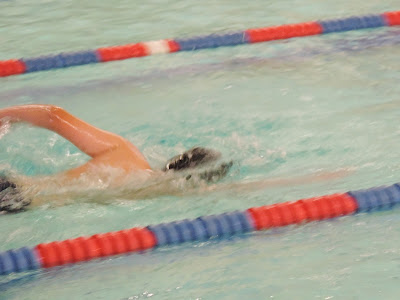 Swimming his heart out! He dropped several seconds from the last time he swam this same race, which was back in May when Grandma and Papa were here. 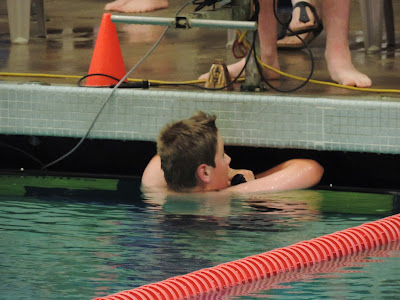 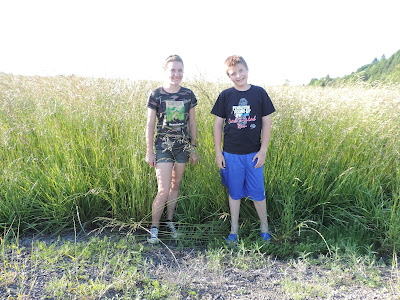 And above, the field in front of our house. We stopped to grab a picture on the way home, because the grass has never been this tall before. YIKES! My babies aren't short! 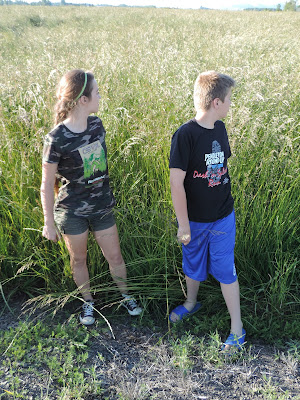 Brailey's last picture as a TWELVE year old... The eve of her 13th birthday, which is an entire blog post coming your way, so stay tuned! (Her fingers are holding the top of a stem of grass - taller than she is!) 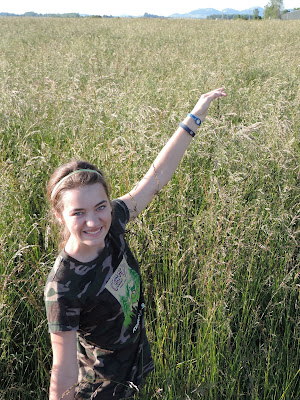