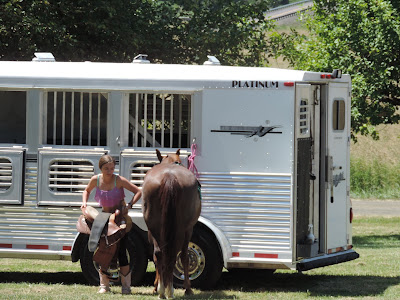 Last week was sweet, in more ways than one. First of all, the weather was perfect! Not too hot, not too cold, but juuuuuuuuuuuuust right. And although we still had some scheduled obligations, they all worked out perfectly. Britt started swimming at Amazon for practice, which is a longer drive, and the times are all over the place rather than one set time, but the place is so nice! Brailey can swim there next week, if she wants, and Britt can have some free time playing after practice, if he feels like it. Last week, Bray had a dance camp three nights of the week, so we didn't get to do the free swim, but next week will be a great opportunity for them both to have fun in the water. I only managed to capture a few pictures last week. I missed a lot, dang it. But Brailey's dance camp was great! The first night, she came home in tears, because she thought she didn't do well and was one of only three middle schoolers in the camp - all the rest were high school girls. But after emailing the camp director, I learned Brailey did just fine and guess what? The next two nights of the camp were fantastic! She had herself a great time, and now she is going to try the dance team when school starts. She is still pretty down on volleyball, so maybe this will be her "sport." Who knows? We are keeping an open mind. Anyway, I just caught a few random pictures. Above, I thought she looked cute in her boots, yoga pants and bikini top, which is what she chose to ride her horse in. Below, my sweet Alvin, watching her saddle Tex down below him. 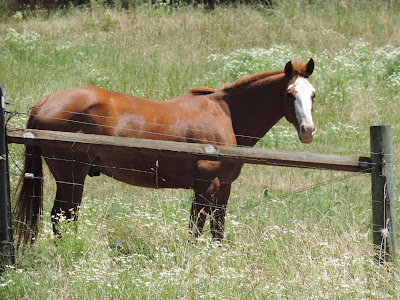 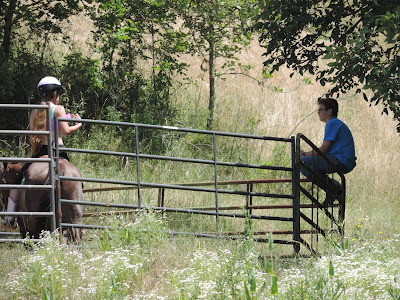 I looked up the hill to check on her, and this is what I saw. Britt had been playing on the hill, but he came down to chat with his sis. So, so sweet! 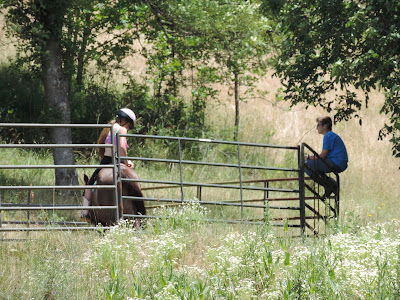 And now, she is in Pendleton at her first Rodeo Bible Camp. She did NOT want to go, and I was reluctant to send her, but Brady insisted she was ready, and he knows everyone who is running the camp, and so she went. She was extremely nervous, but I think this picture shows that she is doing well. Brady is working in the area and staying in Pendleton so he can have dinner with her every night. Joe Meling, one of Brady's friends and one of the camp leaders told Brady, "I'm not worried about her. I'm worried about you!" So funny! And he has already texted Brady today to let him know Brailey is doing just fine. What a relief! I'm really glad they were able to take this little journey together - they are so close, Brady and Brailey. I admit I have been teary and my eyes have leaked a few times. But that is the BITTERsweet part of parenting, isn't it? Letting them spread their wings so they can learn to fly. 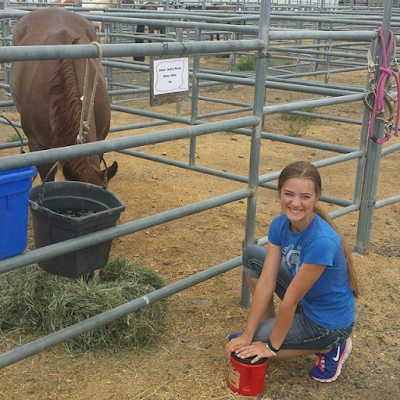 Yesterday was the first official day of summer. It was also Father's Day. I can feel it already - this summer is going to be the SWEETEST SUMMER EVER!
at June 22, 2015