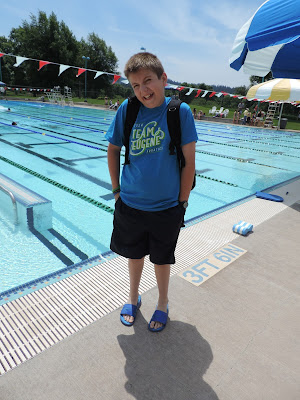 And the day dawned dreary and overcast, but just look at that sunshine by early afternoon, right before the Swim-A-Thon this past Saturday! It was so bright, Britt couldn't even keep his eyes open! He is like me, and very sensitive to the light. Last year, Britt came down with the flu a couple of hours before this event, yet he swam as much as he could. This year, he was in fine form, and he swam 5000 yards - so did everyone else in his "group," but he did it nonstop, without getting out of the pool to eat or rest. Some kids actually swam farther, if you can believe it! It is hard to fathom, isn't it? But this was tough, and Britt had to dig down and find his grit and determination, which he did, and let me just say, he made us extremely proud! His legs hurt like crazy after he was done. Imagine how many thousands of tiny kicks he did... Amazing! 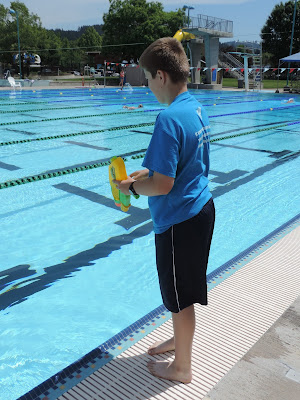 Before it started, he was awarded his prizes based on the amount of money he had raised. One of the prizes was to soak his coach with the Super Soaker. He loves his coach, but he also loved soaking him! 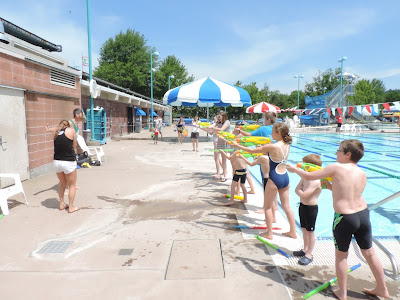 And then he alone got to spray his coach with silly string. This totally made Britt's day - in fact, he is still talking about how much fun it was to do that! That was a real treat - imagine being "allowed" to do such a thing. He is always respectful and kind to his coach, so it was a thrill for him to be a bit rowdy. His poor coach, though... And it was Coach Trevor's 40th birthday! Lucky him, he got soaked with water and silly stringed! Some birthday, right? 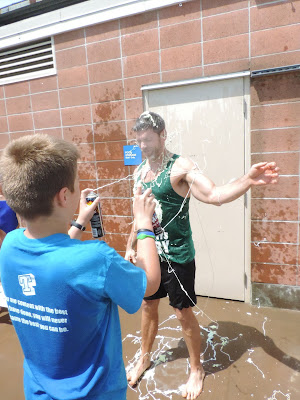 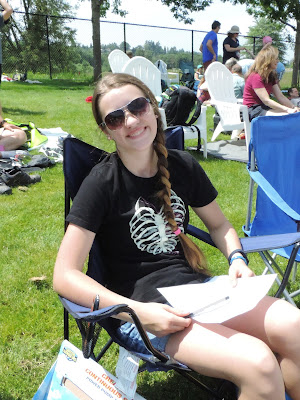 The supportive big sister... Bray was such a help to me, as I was trying to take pictures, get Britt's shirt, and count his laps. Between the two of us, we were able to get them counted. It is harder than you might think, believe it or not! It was fun to sit next to her and to cheer Britt on. 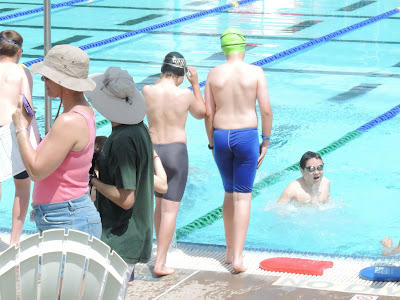 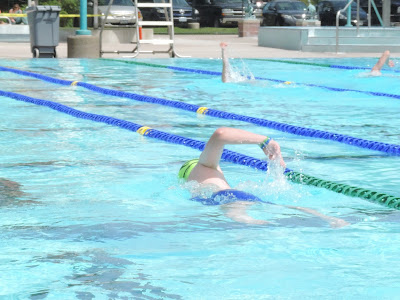 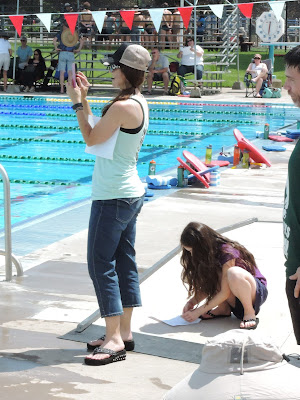 Braily took a picture of me taking pictures and video with my phone to send to Brady, who was in Canada, and also to my parents. Grandma and Papa were so impressed and proud of him! 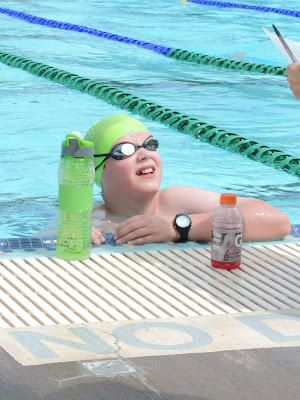 Getting some water in between laps and seeing where he was at on the count. 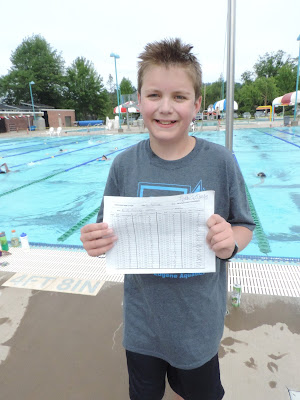 He did it! He is holding up his lap count sheet, here. All 100 laps checked off! He was still a weensy sore the day after, but not bad, considering. Our biggest and most heartfelt thanks to everyone who supported him. He really tries to go the extra mile with his swimming, but that added boost of moral support through the donations means the world to him, his family and his team. THANK YOU for making his Swim-A-Thon successful!
at June 01, 2015