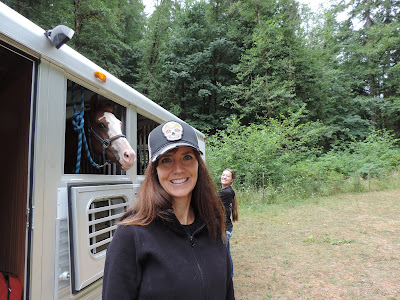 Last week was a wonderful week, from start to finish! We went on a mini vacay with my parents at their home in Harney County. But first, before we made our way to Southeast Oregon, we participated in a local event, the Crow Valley Trail Series, hosted by one of our favorite people, Julie Fisher. It consisted of an extreme obstacle course for horse and rider. It was my very first one, and Brailey and Brady's second. They had such a wonderful time at the first one they attended, they talked me into to entering on Alvin. I was a little nervous, because it was something new, and Alvie is such a hot rod, but it turned out to be an amazing experience, and I can't wait to do it again! Britt was our photographer, since we only have three horses now, and he isn't much into riding, anyway. He is one of my biggest fans, my Mama's Boy, and so most of the pictures he took are of me. But he did a good job of covering the day and was out on the course on foot with us. I got separated from Brailey and Brady for a bit, because they went first, but we met up near the end. See if you can tell how much fun we had from these pictures! 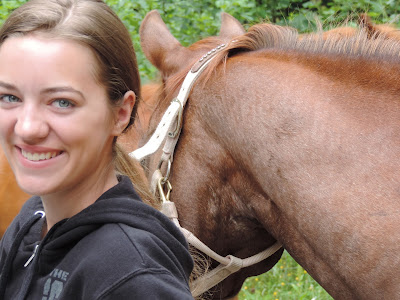 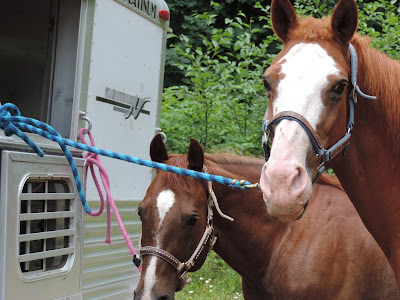 Isn't this a cute picture of the two old guys? 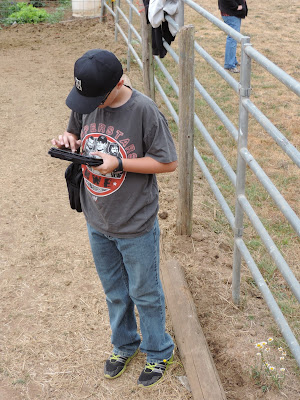 I captured a picture of Britt while I was waiting for my turn. I think this was the only time he was on his device. He was too busy following us around the course and performing his paparazzi duties, which was perfect. I think I have another photographer on my hands! 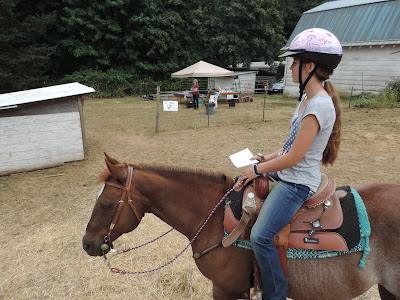 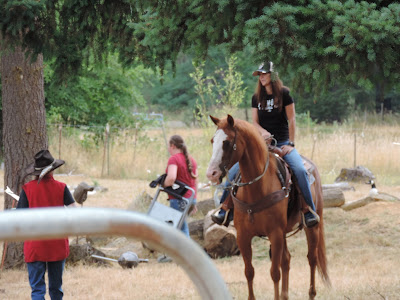 There were the absolute sweetest ladies to help us through every obstacle. They showed us what we needed to do, and then we had one minute to get it done. Let me tell you, there were quite a few we didn't do, because they were too difficult for us, but there were also quite a few we did do, and it was truly a lot of fun! 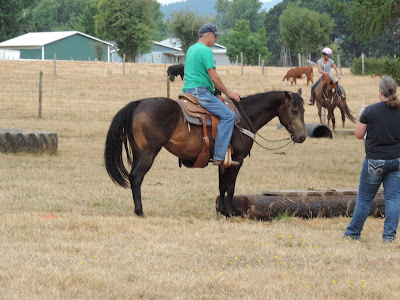 I thought this was a cute picture - Britt captured Brady and Brailey both! See her in the background? 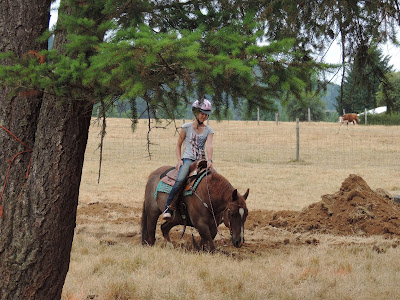 Brailey and Tex were super stars! They still have some work to do, but for the most part, they did really, really well! They are such a great team. One lady was so impressed with them, she complimented their teamwork. 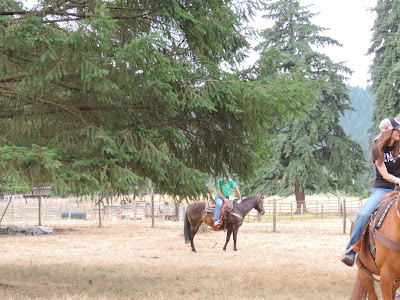 I thought this was another funny picture. Brady in the background, behind the tree branches, and part of Alvin and I. 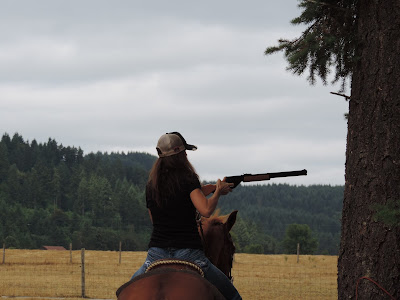 I had three chances to hit the target with the BB gun, but I missed every single one! Brady, however, was the fastest time they had had up to that point, old Dead Eye! 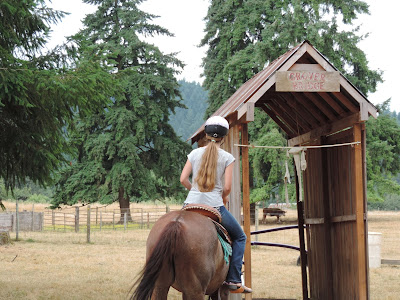 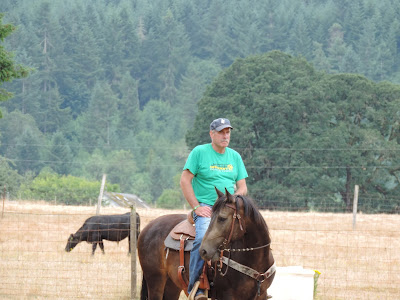 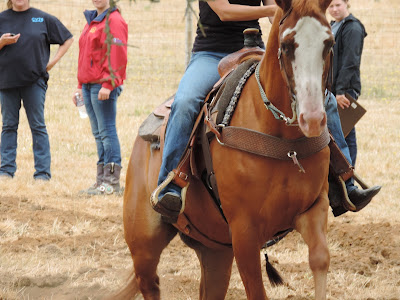 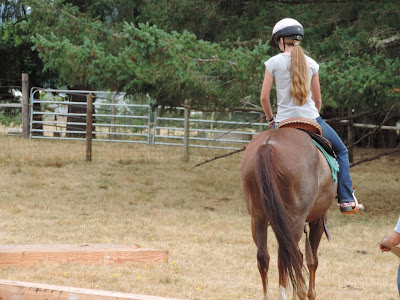 This was a tough one. Neither Brady nor I even attempted it, but Brailey and Tex almost made it. The middle is super narrow and hard to navigate. They were so close to making it all the way! I was incredibly proud and impressed. And I love the pictures Britt got - so fun! 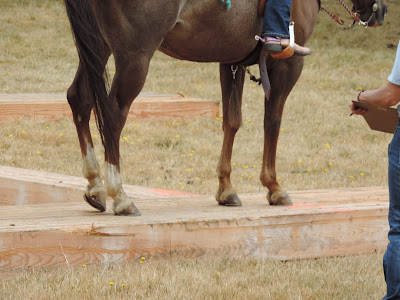 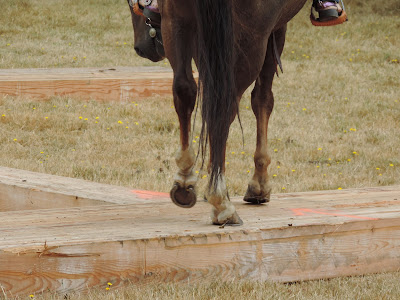 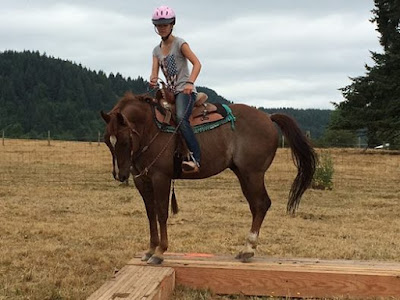 The picture above was taken by Julie Fisher herself. It shows a bit more detail and how difficult this obstacle was. I love the way Tex is checking it out! 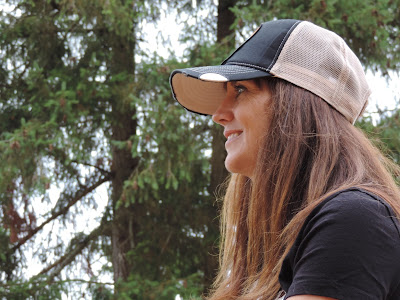 Oh hey! Just me and my wrinkles. Or laugh lines, as I prefer to call them. 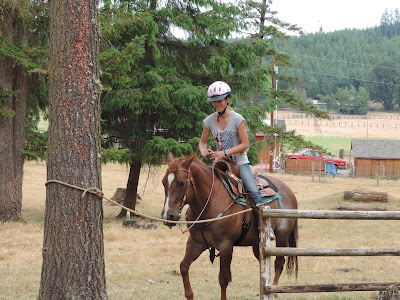 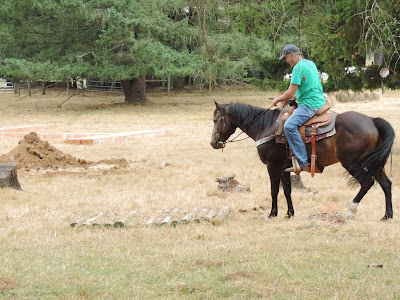 This was one of the last obstacles Alvin and I did (below). At one point, I was supposed to ground tie him, which we have never done in his lifetime, and he tried to follow me, of course, and the super kind lady running the obstacle said, "Oh my, he really loves you!" I love this horse so much. If you wonder what we were doing, I was spraying water from a water gun in the middle of the floatie on the tin wall, which was quite loud. I thought Alvin would maybe spook, but he stood there like a champ. It was just an incredibly fun experience. It is something I never dreamed I would do, and I don't think Brady ever thought he would do it, either, but Brailey absolutely loves doing trail courses, and so we participated in support of her and our friend Julie, and we couldn't be happier that we did! And best of all, we got super cool tee shirts, just for partaking in the fun. Stay posted for the next one we enter up in - we can't wait to try it all again! 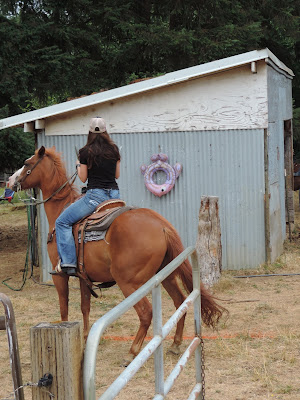