Sand Volleyball with A Great Friend 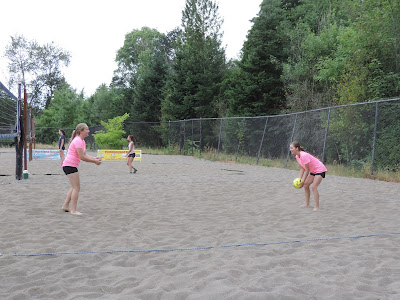 We finally made it to our first Sand Volleyball Tournament a couple weekends ago, and it was the best one we've ever been to! She played with her friend Megan, who she met during Kidsports this past fall. I call them the two Catholic Cuties, because they are so proud of their faith. They prayed together before every game in their Kidsports season, right in front of everyone, complete with the sign of the cross. Long story short, she and Megan bonded right away, even though they are a year apart in school, and we knew she was going to be a special friend for Brailey. And sure enough! She has a darling family, too, with two little brothers who keep everyone on their toes and entertained. I'm sure you've seen them in previous posts in pictures with Britt. Anyway, despite only having one practice, these two played amazing! They were talking, helping each other, moving and having fun. They were a delight to watch! 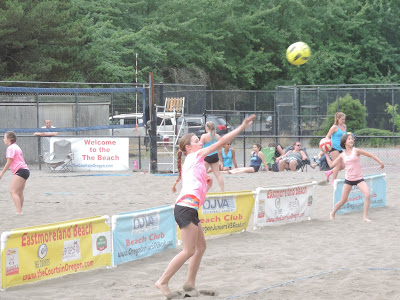 The fact that Brailey had a good time was something she needed. Her club season this past year killed her love for the game. In fact, I don't know if she will ever play again. By the end of the season, she was burned out and done with playing. I thought a rest would help, but she still dreads the thought of ever playing again. Someone told me a bad coach could ruin a kid's love for the game, and I thought they were wrong, but I have since learned it is true - a coach can make or break a kid. Brailey was on a very difficult team, with a lot of jealousy and hatred. At first, Brady and I thought we could help her through it and it would be a good experience for her future life. We did our best to help her understand and support her. The struggle was real for us - I cried many tears over it, watching my sweet girl be hurt emotionally over and over and continually left out. Before it was all said and done, we ended up taking Brailey to a sports counselor to get through the end of the season. Given how hard it was (keeping in mind I am actually glossing it over), we can appreciate her apprehension about playing again. It almost seems dreadful to me, and I love the game! I did finally share my pain with a couple of parents I trusted near the end of the season, though, and a wonderful thing happened - their girls were kind to Brailey and they became friends. In fact, they were feeling similar! One of them told the team bully to leave Brailey alone. Unbelievably, there was even a set of grandparents who were rude and hateful towards Brailey's setting, all because they were jealous of her ability. So for her to have a good time with Megan, who also had a bit of a rough season in club volleyball, was a huge blessing in many ways. 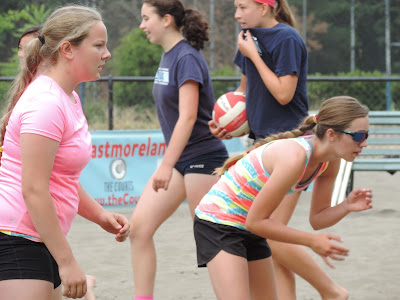 They are so alike, they even have the same hair...! 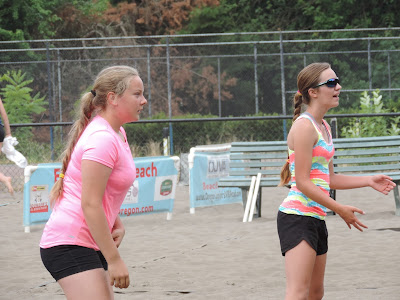 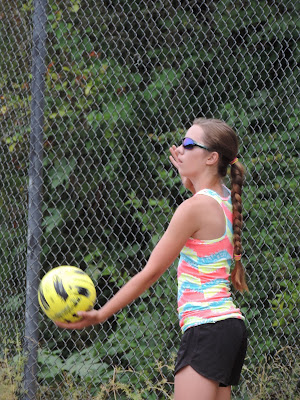 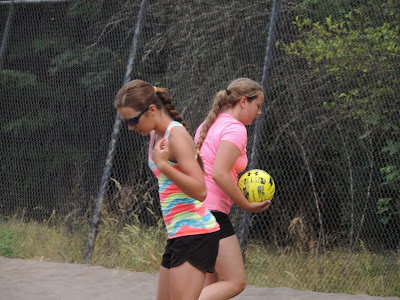 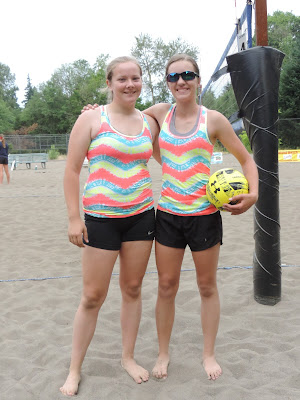 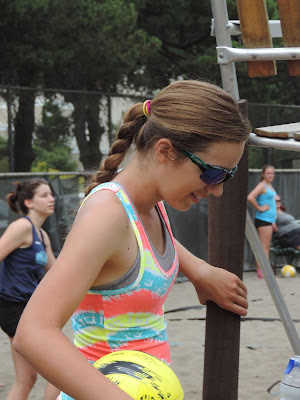 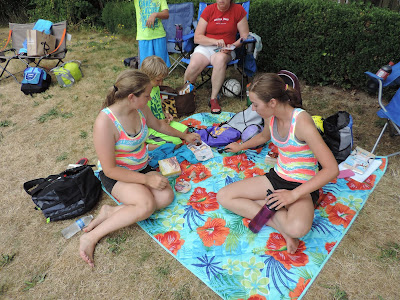 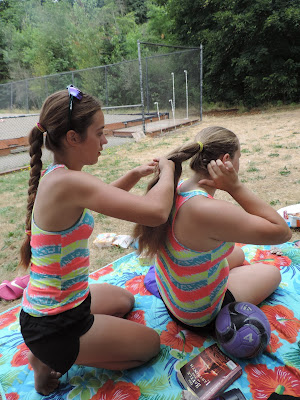 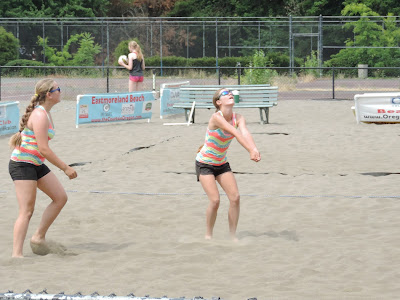 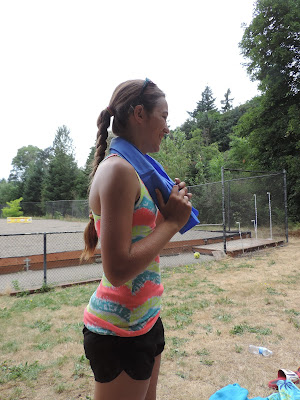