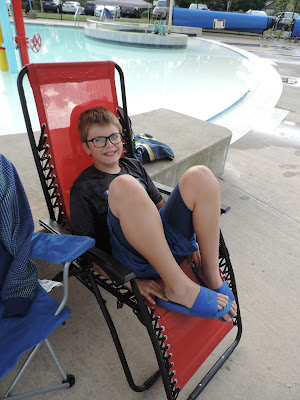 Another day of swimming it up, this one an even earlier wake up call than the day before. It was extremely hot. It was so hot, in fact, that Brady cracked out his shorts that he swore he would never wear again. Why? Because the last time he wore them, he was on crutches! Hahahahaha! He was grateful to still have them, though, and took advantage of using them again and also of the opportunity to tan his bright white legs. 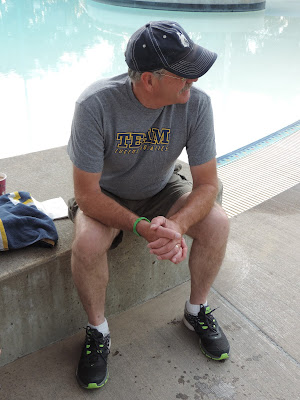 Brailey was our "waitress." She made countless trips to the the Concessions Stand for us. Below, she is carrying Brady's breakfast. It is his favorite breakfast in the world, called "The Works." 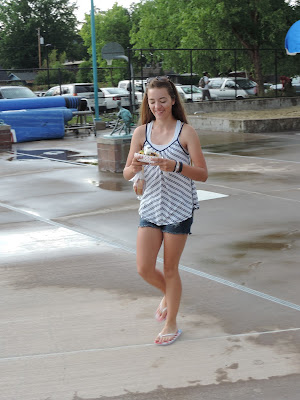 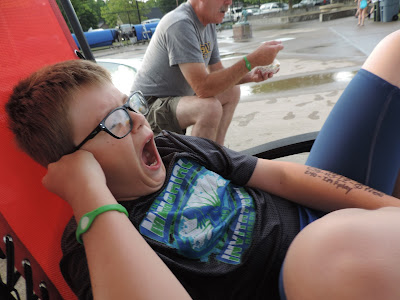 One of Brady's good friends, Todd, has a son a year older than Britt who is also on the swim team. They were comparing their legs to see who had the whitest ones. Frankly, I think it is a tie! 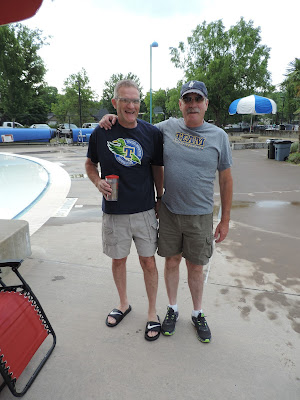 Sometimes, Brailey grabs my camera and takes random pictures. Like this - me on my phone. It was funny to see this show up when I downloaded all the pictures. Surprise, surprise! 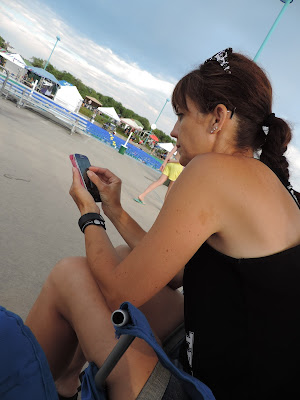 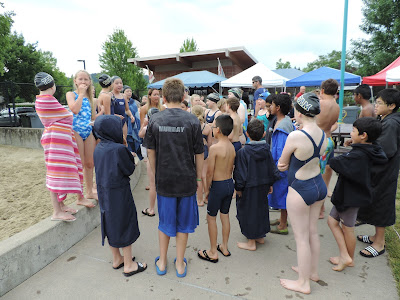 Britt and Spencer took care of each other again on this day and were true teammates. We decided to forgoe the devices for Britt at all swim meets. He can either socialize or read a book. Turns out he didn't miss his Kindle at all! And it was refreshing to discover other parents doing the same thing. Why do they need a tablet to entertain them when they can be interacting as people? Britt spent most of his time in the sand pit, and he loved every second of it! 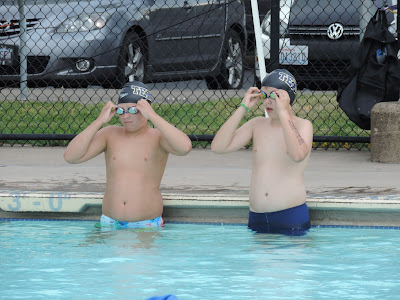 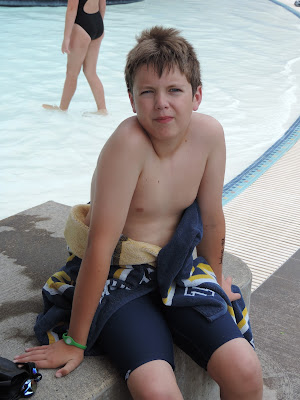 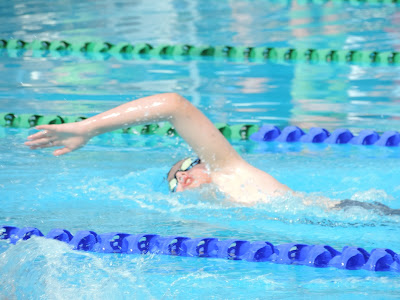 Look at Brady watching Britt swim and taking pictures of him. So fun! The proud dad... 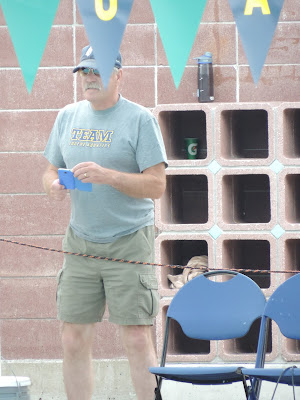 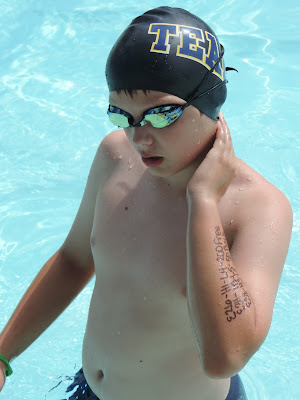 Back to the warm up pool they go. Britt had a great meet, and we learned even more about swimming - believe it or not, there is a lot to it. His relay teams won third in two different races, so that was cool for Britt to experience. He's never been on a "good" relay team before, so we were really happy for him to have that feeling of winning with a team. He is still figuring out how to put everything together and to become super fast. He's improved more than I ever dreamed was possible. We are so thankful he found his passion easily - swimming! 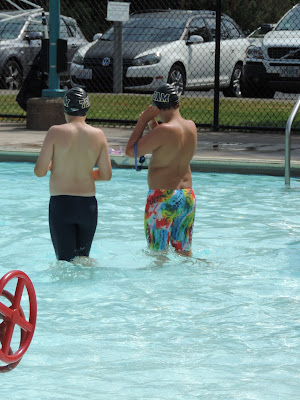 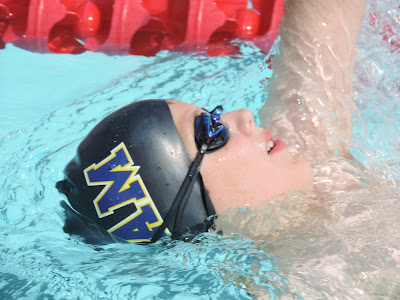