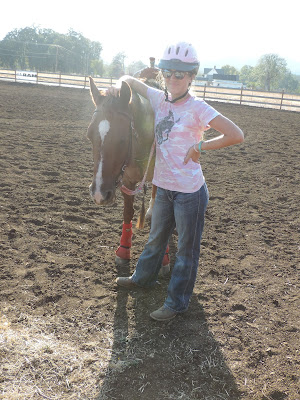 Big decisions = big changes. Boy do they ever! We had a hard decision to make a few weeks ago. It required a lot of praying and talking and reflecting. We made a list of pros and cons. And thankfully, we feel like we made the right choice. Our big decision was whether or not Brailey should pursue volleyball. After playing since she was in third grade, she made the choice to "hang up her knee pads" and not to play any more. Instead, she has joined the dance team, and for the first time in over a year, we have seen our girl happy again!

You may think this is a silly thing to get so worked up about, but let me tell you, it was a big deal for us. For one thing, Brailey improved so much, last year, she became a dynamite little setter. And we have invested thousands of dollars and countless hours in volleyball for her, including club fees, gear, time and travel. But you know what? If she loved the game, all of that was worth every penny and second. When it came right down to it, she didn't love it enough.

It was a huge decision to make, because in this town, where the competition gives new meaning to the word fierce, it meant she was, is, in fact, giving it up forever. Because if you don't continue to play and evolve as a player, you won't make the team in high school or a good team in club. It isn't like a small town where you can take a year off and then start again if you change your mind the next year. If you quit now, you are quitting for good.

Times have certainly changed, that's for sure. Where I'm from, sports are more seasonal, and sure, you can work on things in the off-season, too, but it isn't entirely necessary. In the Willamette Valley, and especially Eugene, if you don't play year round and improve your game constantly, then you aren't going to get anywhere. So we knew that, which is why it was a big decision. It is hard to give up something that you've worked so hard at.

Last season was a bad one. It had its good parts, too. But it was a tough, tough season. Before it was over, Brady and I had to take her to see a sports therapist. There were several factors that contributed to it being hard. Mainly, her coach was not a kind, approachable coach, nor did she understand the importance of team bonding. We came out of a Kidsports season with the most phenomenal coach we could ever hope to have straight into a club season where the coach was the complete opposite. And because of the poor coaching ability, things happened. Things that Brady and I should have stepped up and said something about, but we thought it would be better to help Brailey work through and to be mature about. She is so mature and far beyond the maturity level of her peers, we thought she could handle it. After all, this is real life, right? And real life isn't perfect. In retrospect, we should have said something. But we didn't, and when it was all said and done, we were all relieved to be done with the season. It was a huge relief! The heartache I suffered and sleep I lost as her mother was significant, let me tell you.

She played a couple of sand volleyball tournaments with her dear friend over the summer, and she had a great time! Sand volleyball is so much fun! I thought that would be the ticket to reviving that fire in her, to awakening the part of her that loves the game. But it soon became apparent that her heart just wasn't there, which was unusual for Brailey. And so as the summer ended and school began and the time to make a decision came, we felt this overwhelming sense of pressure to make the right choice.

And you know what? We did! This past weekend, she saw her good friend Nikki. They played volleyball together the past two seasons and their friendship has really bloomed as they've made their way into teenager status. And so after the football game this past Saturday, they bumped the volleyball around and had fun. But did Brailey feel like she had made the wrong choice? Not at all! And if her heart was in volleyball, none of the stuff she went through on her team would have mattered, anyway. She would have wanted to play no matter what!

The best part is how happy she is to be on the dance team. She absolutely LOVES it! This is what her heart wants to do. It is a whole new world for us, and one we know nothing about, but I'm sure we'll figure it out in no time at all. If we had only known about dance team two years ago! She is excited to go to practice, works on the routines at home, does the work to get better. She is thrilled with their costumes and can't wait to wear them. She is... HAPPY!

And that makes me happy. To be honest, I think it was harder for me to give up on volleyball than it was for Brailey. I love the game! And I loved watching her play and do so well. What parent doesn't want their child to be a star? But when your kid doesn't love what they are doing, you can feel it, and it takes all the joy right out of it. And then the sacrifice of time and money gets tough to take. When they love what they are doing, I will move heaven and earth to make it happen!

Not only does she love dance, she loves her horse and she loves barrel racing and taking her lessons from our new trainer. And now she will have more time to devote to that, as well. Volleyball took away from a lot of things Brailey loves, like her school play, barrel racing, and social activities with her friends. Dance team will be much more in line with a career in acting, also, which is what she wants to do.

And when it is all said and done, I believe everything happens for a reason. We made some incredible friends along our volleyball journey! Really, really good friends. Friends we will always have, volleyball or not. People we never would have met otherwise! We experienced a lot of jealousy, hatred, isolation and heartache, as well. And I'm sure we will have more of that, because that's life, isn't it? She's a nice, pretty, successful girl, and that makes other girls (and even parents and grandparents, we've learned!) jealous. If you love what you're doing, though, it doesn't matter quite so much. I'm really happy for Brailey to be happy, and I can't wait to see what her future brings! Who knows? Maybe she will be a Dallas Cowboy Cheerleader, someday. Whatever she becomes, her volleyball experience will be an asset, and if she can handle a season like she had last year, she can handle anything. 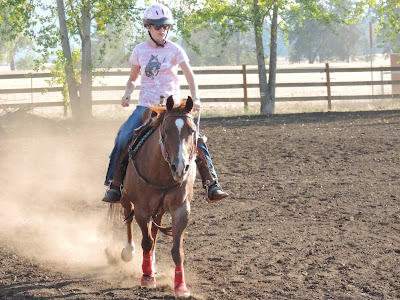