First Duck Game of the Season 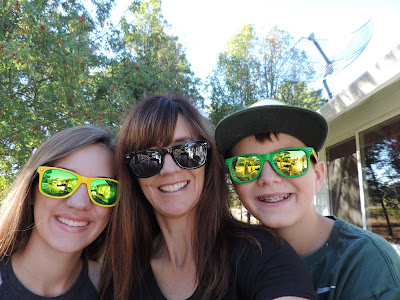 We were short one B, who was in Pendleton working his Montana Silversmiths gig, but we had a fabulous time on the nicest, most beautiful day ever at the Duck game this past Saturday. Above, a selfie before the game, and below, our "OOOOOOOOOOOOOOOOOO" faces. Brailey was invited to go with her friend Nikki to the game, which allowed Britt and I to go together. It was perfect! 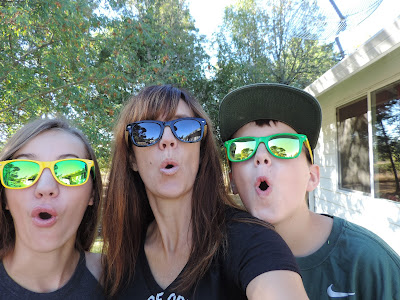 And even more perfect, both kids said on our drive to Autzen that they wished they could go to a "tailgate" someday. Well, unbeknownst to us, Rick, Nikki's dad, took us to a big tailgate party! They had the most delicious food and treats ever, and not all the refreshments were of the alcoholic nature - they even had some fizz! (Fizz is soda pop, for those of you who don't know my lingo.) Everyone was so nice! Both kids enjoyed it, and so did I. It was so fun to see all the Duck fans and to be a part of the pre-game celebration. There's just nothing like an Oregon Duck game! 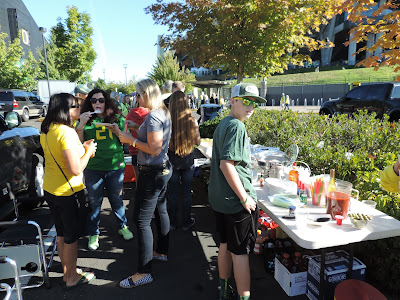 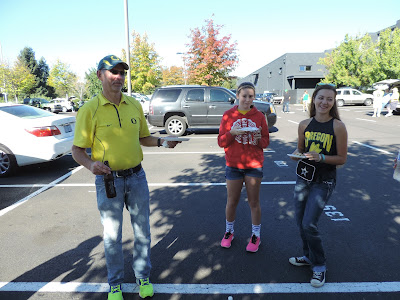 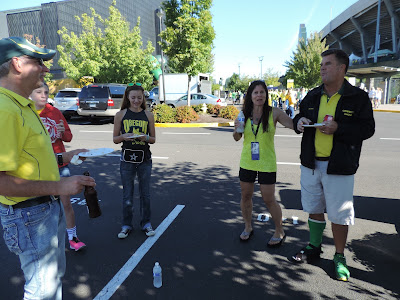 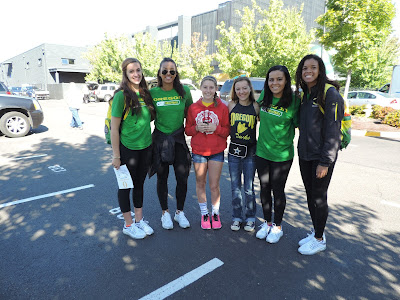 One of the biggest highlights was running into members of the Oregon Duck volleyball team! Brailey and Nikki were very happy to have their picture taken with these girls. Nikki's dad, Rick, was one of Brailey's first club volleyball coaches. Don't they look so cute (and short!) with these girls?! 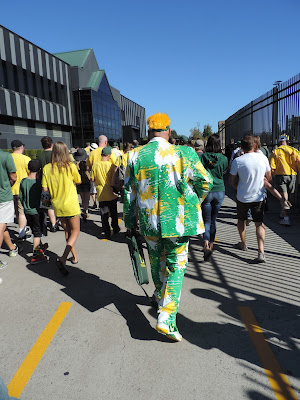 You never know what kind of attire you will see at a game. This is what makes them so much fun! 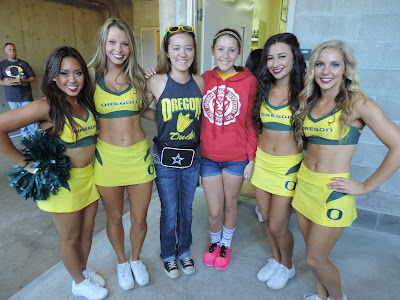 And here you see a little more excitement and happiness on their faces - they were beyond thrilled to get a picture with the Oregon Duck cheerleaders! Also, they don't look quite so short, do they? It was so sweet of these girls to let me take their picture. They were just heading out to the field, but still took the time for us to snap a quick photo. 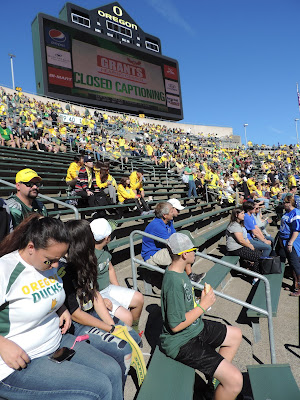 Me and my boy. He couldn't wait to get a hot dog! He is getting so big... Look at those long legs! 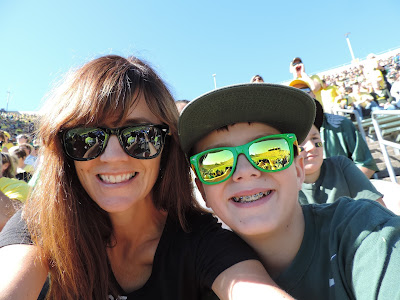 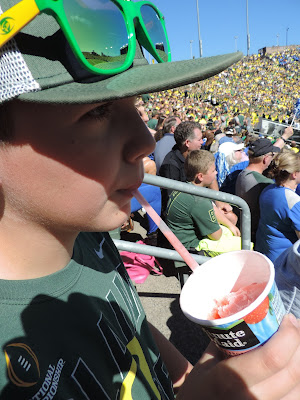 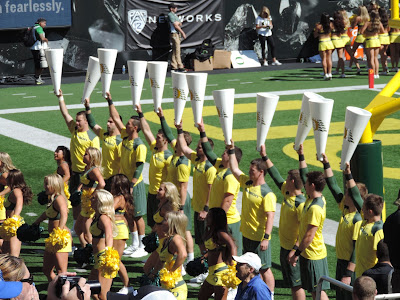 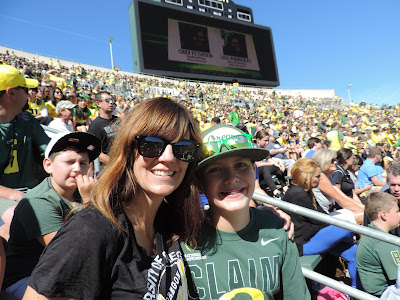 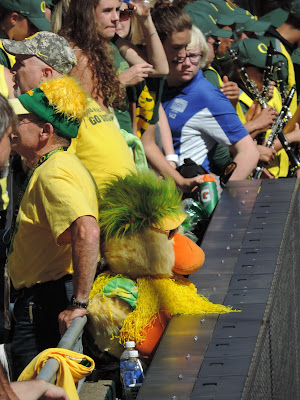 Britt and I thought this character was entertaining. He had this stuffed Duck he positioned ever-so-carefully, and then he watched the game on the jumbo tron instead of the field. And below, our sweet Oregon Duck came over to say hi to the opposing mascot and cheer squad. He blew them kisses as he left. It was super fun and sweet - I love good sportsmanship like this! 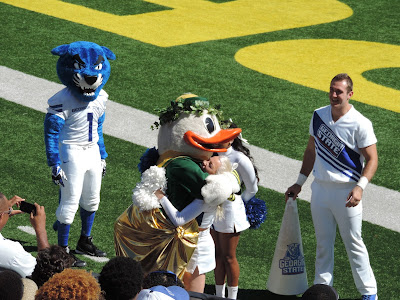 And as we were leaving, we ran into this fella. He was more than happy to have a picture with Britt, and after we were done, some other folks asked if they could have theirs taken with him, as well. It was a truly spectacular day, weather-wise, and a really fun game to attend. I'm glad we got to do something fun while Brady was in Pendleton, which is where we really wanted to be - at Roundup! There's always next year, right? And we all had fun, which is all that matters. These are the days! 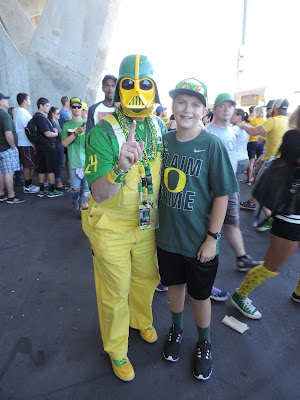