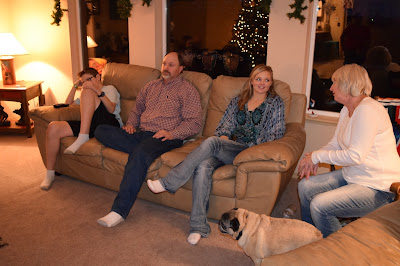 And here they are...! Our beloved family members from Harney County, my parents, my brother and his youngest daughter. His oldest daughter, Lanie, went to Terrebonne to take care of and be with her other grandma, who is fighting cancer. We missed her terribly, but are so proud of her for doing what she did. Anywho, the crew that came got a late start, due to it being so doggone cold that my brother's rig wouldn't start in the morning so he could feed his cattle. Once they arrived, we had a lot of catching up to do, as we hadn't seen them for many years. Although the bonds of family may be stretched and pushed, they can never be broken. It was a healing, blessed Christmas for all of us! My brother, Shawn, and Lexi, my niece, had never been to our place, before. They were surprised with how warm it was! To them, 30 degrees is nice and toasty, after coming from below zero temperatures. As Brady always says to me, HOW DID I EVER LIVE OVER THERE?! I am always cold, even in the summer. (Some people will take this line and run with it, saying, "She sure is - in more ways than one!" But I am on to them... Hahaha - joke's on them!) 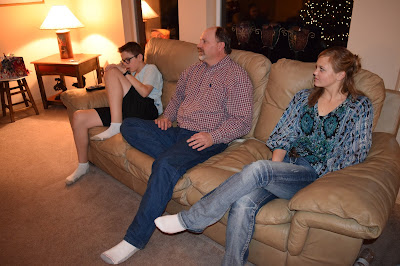 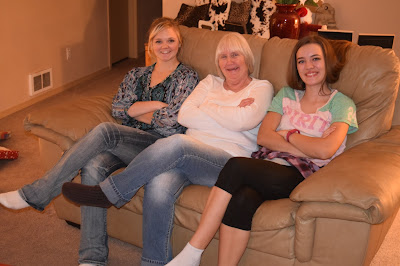 A little posing action... Grandma's still got it! 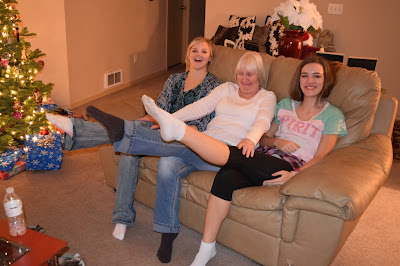 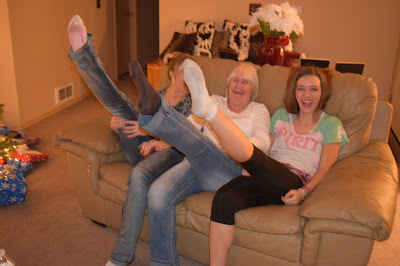 The showing of the guns... Men always have to show off their guns, don't they? 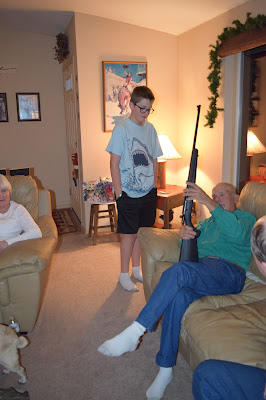 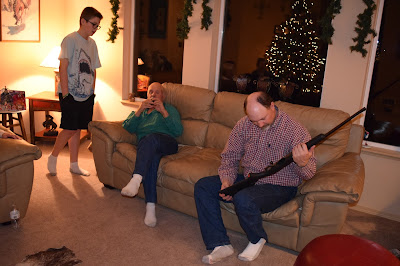 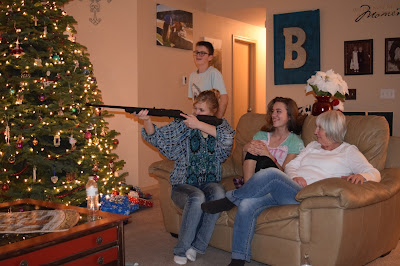 The two youngest girls... Lexi fit right in, because she has interests with both kiddos! I think the cousins were surprised at how much they enjoyed each other. They haven't ever spent much time together, so they didn't realize they could have fun with each other. Special times! After tacos and talking and a long NFL game that went into overtime, we hit the hay so we could enjoy ourselves on Christmas Day. (Nice little poem at the end of that line, yah? Well what can we say - it was a very poetic time!) 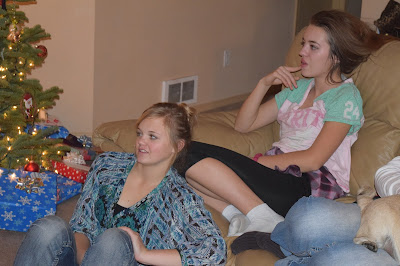