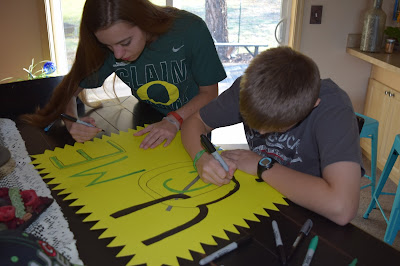 Thank goodness for big sisters helping you out! Brailey basically made the entire sign for Britt, which included a UO with some WWE flair, a "you can't see me" symbol inside the O. We thought it was perfect, since in his green man suit, you really couldn't see Britt! He was so hoping to make it on the Jumbotron, but it didn't happen. He and Brady nearly froze to death and came home before the game was over, but they still had a great time while they were there, and two different people randomly asked to have their picture taken with Britt, so that was super cool for him. There's always next year! Who knows what will be added to his costume by then... I can't wait to see! 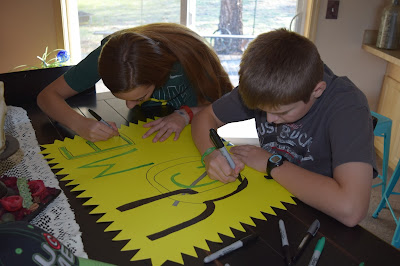 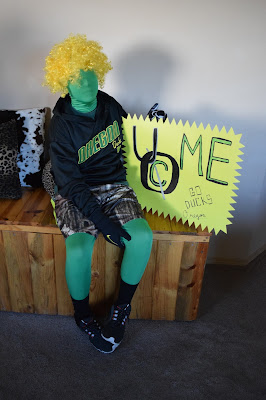 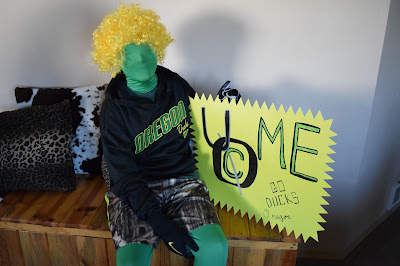 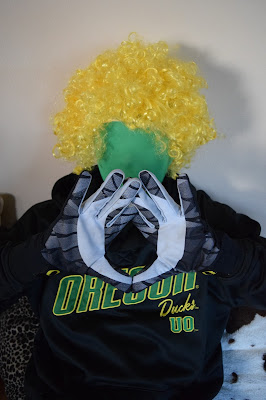