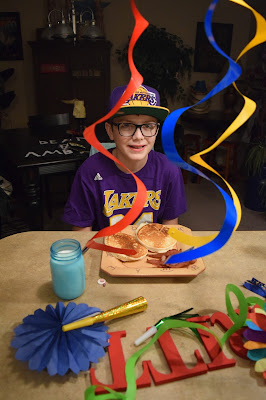 How can it be?! One more year of being a "tween" for Britt, and then Brady and I will have TWO TEENAGERS in our house. EEEEEEECK! It seems like only yesterday they were both born, and literally in the blink of an eye, they have grown up on us. It feels that way, doesn't it? It seems like they are practically on their way out of the house. No worries! I have already told them both I am going to follow them wherever they go... 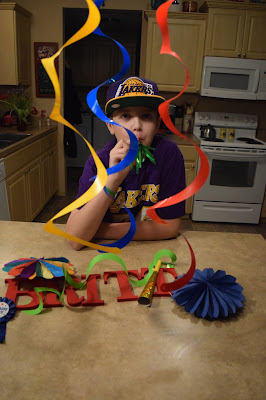 Britt's birthday fell on a Thursday, this year. He has gone through so many changes since he turned eleven - contacts, braces, middle school, playing basketball, swimming with a new group and two new coaches, being back in the same school as his big sister, growing taller than his big sister... The list goes on and on! His face seems to be changing, too. I can't imagine how a kid could go through so many changes in one year. But he did, and it was a joy (for the most part - the braces were painful and the contacts were tough to learn how to get in) to watch each change transpire. 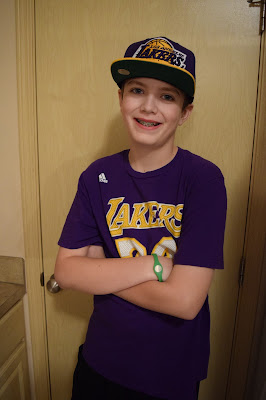 He started his day with a fun little arrangement at the breakfast counter with his favorites, pancakes and bacon. Last year, I accidentally burned the bacon on his birthday, but this year, I cooked it to perfection. He had a fantastic day at school, complete with lots of singing by his friends, an Instagram post by one of his best friends, and then he came home to, what else? PRESENTS! 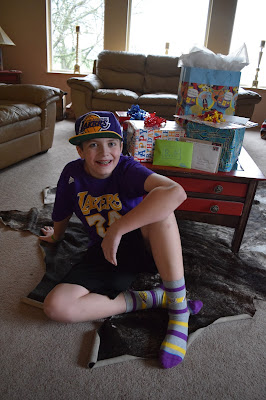 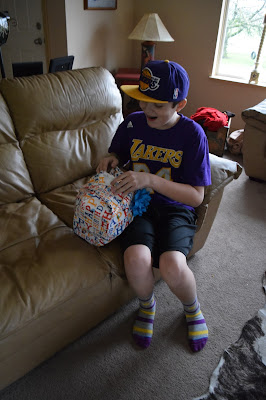 One of the gifts from Grandma and Papa was a "kitty" bank - when they were here with the B's while Brady and I were in Denver, Britt told them he would love to have a "piggy" bank. This kitty is super cute, and he loves it! It even came with a "starter kit" of change, which I think was his favorite part. He put the coins in, one by one, including all the other coins he had. 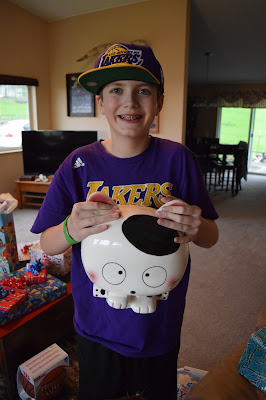 Thankfully, Brady was able to be home for Britt's birthday this year. He has had to miss it the past few years, but this year, he was able to swing his schedule so he could be home in the late afternoon. Britt was thrilled! 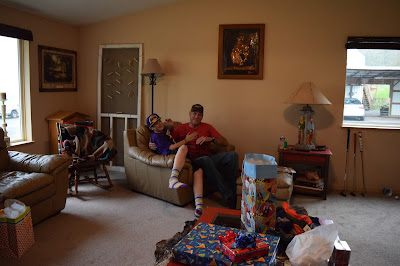 I have always given each kid something on birthdays, just a little somethin-somethin-, since it is a family celebration. This year, Brailey got a Fearless Nikki Bella hat, one of her favorite WWE Divas. As you can see, she loved it! 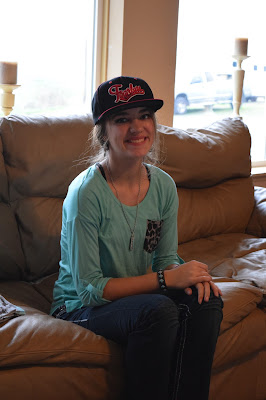 Although I am embarrassed to post this picture, it is "real life." Brailey always makes a nice neat pile of her wrapping paper. Britt? He goes through his gifts like a tornado! Hence, the house looks trashed. 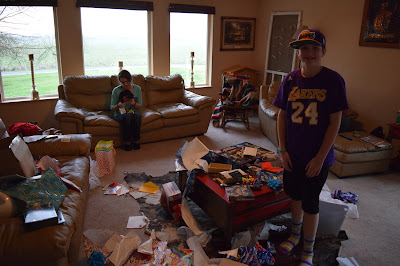 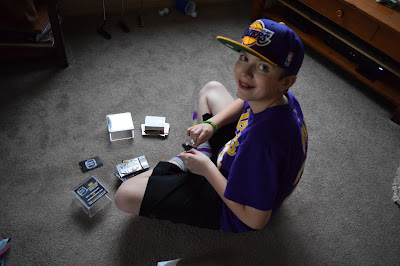 We were so excited to watch Smackdown on TV, since we had been there to see it LIVE, to see if we could see ourselves and to relive the experience. And Yes! Yes! Yes! (That is the "Yes Chant," in case you are wondering, and belongs to the recently retired wrestler Daniel Bryan, one of our absolute favorites.) In any case, YES! We saw ourselves! Barely. For a few split seconds. A few different times. Because we knew exactly where to look. But it was cool! 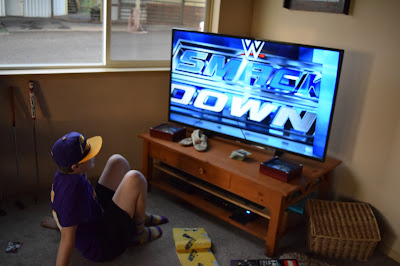 And then, time for the cake. Britt likes to spread his NBA love around to all the teams. And so he dressed like a Laker, had this fantastic Cavaliers cake, and he currently wears LeBron James shoes but really wants some Kobe Bryant's. He also loves the Blazers. His Cavs cake turned out really cute, though! We got it from Dairy Queen. We took them a picture, and they had just gotten a new machine which allows them to replicate images, and so wah-lah! Britt's was the first cake with the new edible printables machine. It was Britt's lucky birthday, what can we say? 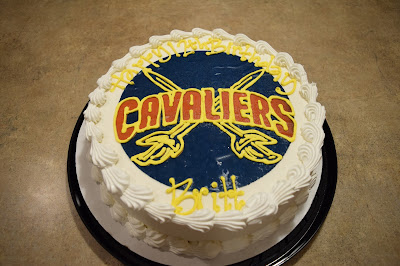 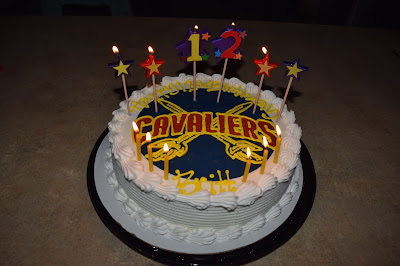 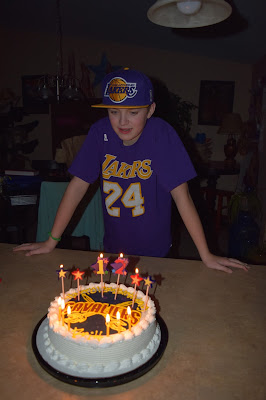 Although it went by in a blur, he was super happy all day long and grateful, too. He felt loved and special, and yes, we spoiled him rotten, but that's what birthdays are for. He made our family complete the second he was born and he and brings us so much love and joy. We are lucky to have him brighten our lives with his sweet spirit. We love our Brittster Man! 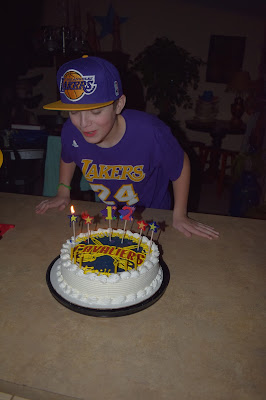