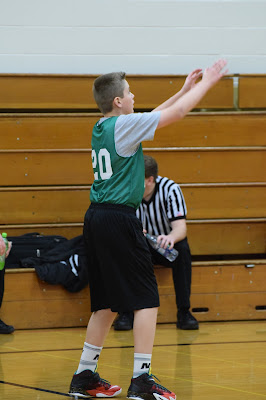 I love a fresh, clean start! Although I can't believe January has come and gone so quickly, I am happy to be at the start of a brand new month, and the first day on a Monday is icing on the cake! I feel like January went by so fast, I didn't get to settle in to my new goals and ideas. One of my goals was to be better about blogging... Bwahahahaha! Two posts for January, and I didn't even do an End-of-the-Year wrap up in December. What can I say? Life happened! These pictures of Britt playing basketball are from the day before my birthday, before Brady and I went to Denver. 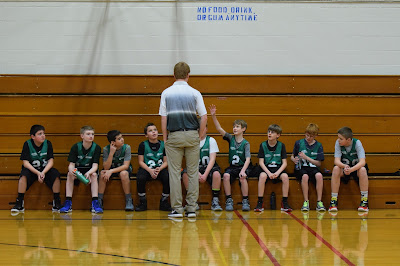 He had a game while we were in Denver, also - thankfully, my parents were able to take him. It was super cool that they got to see him play, and Britt even made two free throws! But the Monday after, he came down with the flu, which turned into pneumonia, and so Britt's activities have been curtailed since then. He was so bummed to miss two weekends worth of basketball and this past weekend was a huge swim meet at Sheldon that he had to miss, as well.. For a healthy kid, he was certainly sick! It was scary how fast he went downhill. He seemed to be making a comeback after four days with a fever. The fever was going down, and we thought he was getting better, and then all of a sudden that evening, WHAM! - his fever spiked back up high, his nose started gushing blood, he was spitting blood up and felt weak, dizzy and couldn't see. The last time I made a trip to the doctor that fast was when Brady had gone into septic shock (although I didn't know it at the time). It was a relief to learn he had a serious case of pneumonia, because at least that is treatable, even though it is terrifying at the same time. Pneumonia is nothing to mess around with - it is scary stuff! We opted to try the antibiotic shots rather than go into the hospital, which was painful for Britt, but at least he was able to be at home. He ended up being allergic to the oral penicillin, though, which is why he had to have two more shots in his legs, for a grand total of five shots. It put him through the ringer, to say the least. But! There is always a silver lining... And for us, the silver lining is that he was able to tolerate the antibiotic injections (some people can't), he is over his pneumonia, and we were able to slow down from our busy schedules for a week. And despite Britt's pneumonia, it was a great week! On Monday, we were able to watch Monday Night RAW, and it was the best RAW we've ever seen! The Rock was on for an amazing commercial-free half hour segment, and we loved every second of watching it. The Rock is just incomparable and we were screaming and laughing and cheering like crazy - so much fun! (We are bummed Brady didn't get to see it, since he was on the road and his hotel didn't have that channel.) This weekend, instead of going to a swim meet all day, then to a basketball game, and then to a swim meet all day again, we got to relax at home. Brailey had her riding lesson on Saturday instead of Friday, which was nice. Britt got some much-needed rest, and he is looking like his perky self this First-Monday-of -February and First-Day-of-the-Month Morning. He started looking normal yesterday, and the extra rest could only have helped him. So although it was a bummer that he had to miss so much basketball and swimming, it was also good for him to recuperate and to appreciate his good health. In fact, it was good for all four of us B's. And now, we are at the start of a new month, and we are ready to roll back into our activities, one day at a time. Hello, February! We have big plans for you! 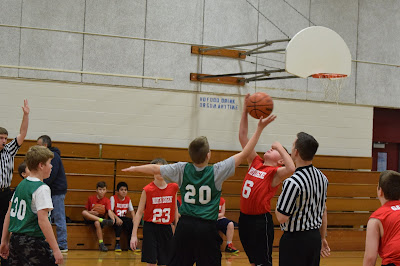 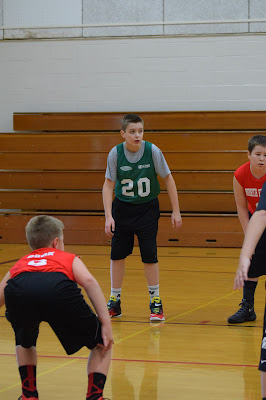 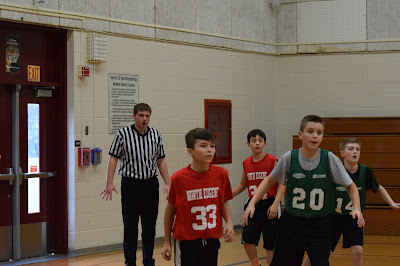