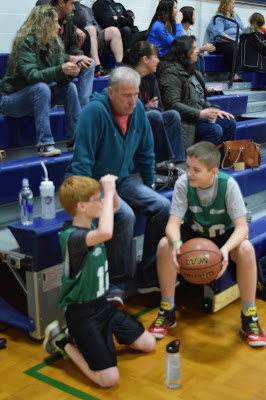 It was a busy weekend, but so super fun! We started out with basketball. 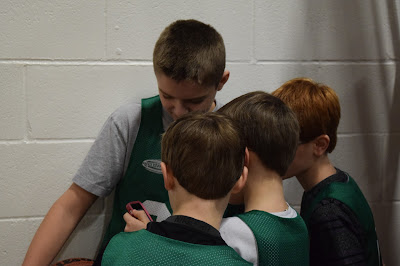 Britt has made some really good buddies on this team. They were watching something on one of the mother's phones. (After I was just bragging about how cool it was they didn't need a cell phone to entertain them - haha!) 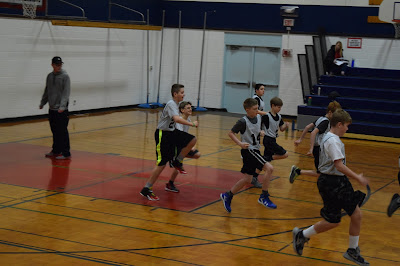 Doing "high knees" for warm ups. I am impressed with Britt's - much higher than I realized he was doing. We all know these aren't easy, right? 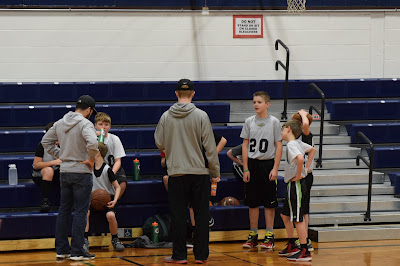 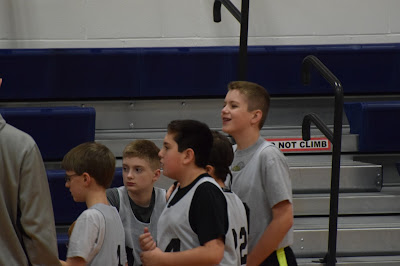 Britt is almost always smiling at these games. I tried to capture as much as I could, but it is hard to watch everything through a camera lens. He loves it so much! Below, Brady got roped into running the clock, which he thoroughly enjoyed. Who says you can't teach an old dog new tricks?! Not that Brady is an old dog... But you know what I mean. Ha! 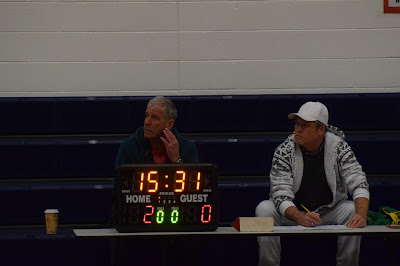 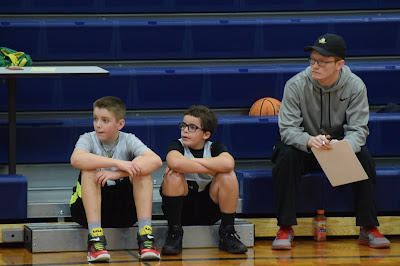 We missed Brailey's first dance, because we were doing a "good deed." We gave Britt's coach a ride home - he is a college student at Oregon and usually rides the bus. But we still got to see both dances, because she performed one of them twice, so that was lucky for us. And even better, her dear friend Nikki and her parents were there to see it. I am so, so bummed I didn't get a picture of Brailey and Nikki together, but I am grateful they got to see each other and share a hug. They miss each other like crazy! (And quick volleyball update for you - Nikki is on a fantastic and nice club volleyball team, this year! She is having a blast and doing really well. If you read my previous blog post, you know what a tough year last season was. Only three girls from that team are playing this year. That speaks volumes about the overall experience, doesn't it? Wow.) Anyway, it was really special of the Reeves family to come just to see Brailey dance, and it meant the world to her! 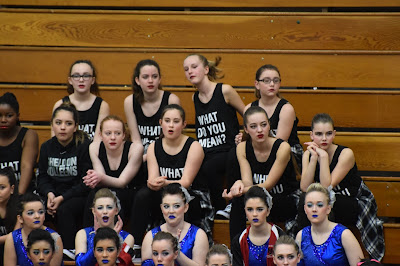 First, they did their Hip Hop routine. It was so super cute! I love their sparkly shoes! And their shirts. The entire outfit is darling!  A neat thing about dance competitions, is that the teams all sit together and watch one another. When a team comes and sits down, they all cheer for them. It is really nice to see this kind of sportsmanship! 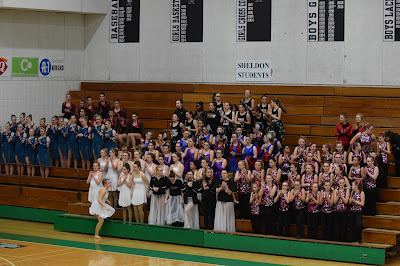 Brailey is still working on her facial expression for Hip Hop. She wasn't sure what to do, so she asked my boss, Ali Dee, who was a professional dancer for years. Ali suggested a smile or a smirk, which Brailey has been practicing. She was fairly serious during the performance. She's going to work on her smirk, she said, and get some more attitude in her hip hop. She takes dancing VERY seriously. 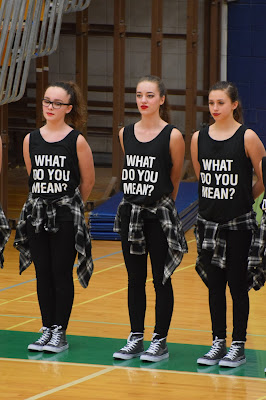 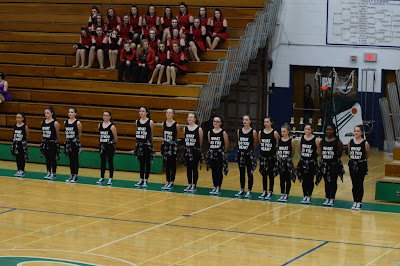 She is the one with the long hair in the middle facing backwards, below. 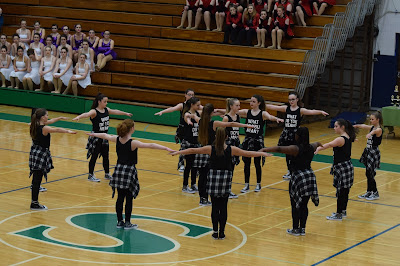 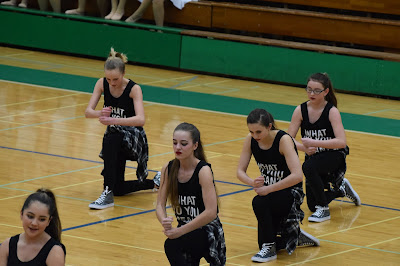 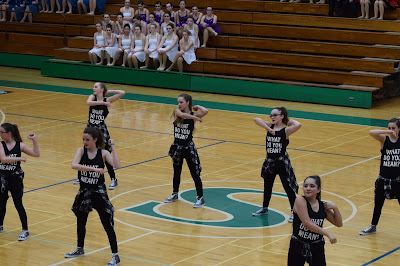 And then, the competitive number. These dresses are so pretty! They danced to "Hollow" by Tori Kelly. This is a tough dance, and they need to sharpen it up a bit. They ended up second in the competition (there were only two middle school teams), so maybe that will inspire them all to work even harder. They looked amazing, in my opinion, but I am a bit prejudiced, I suppose. 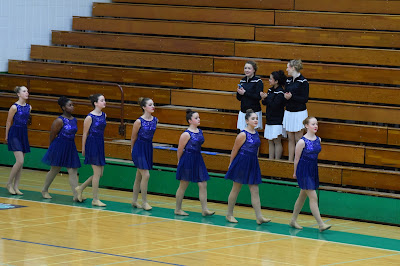 Brailey was so elegant in this dance. She was born to dance! 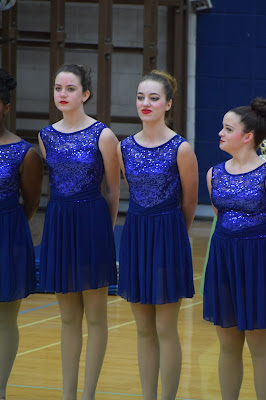 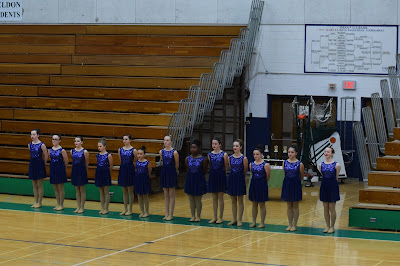 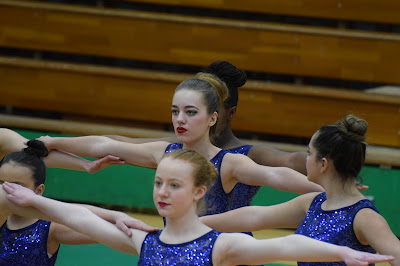 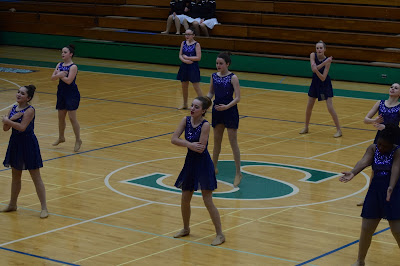 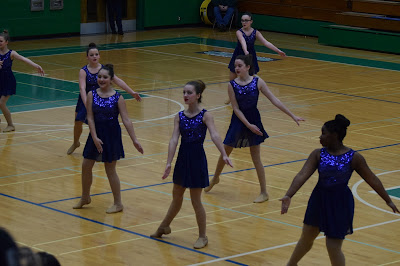 At the end, they all sit in their teams and wait for the awards to be called out. Another neat thing about dance! 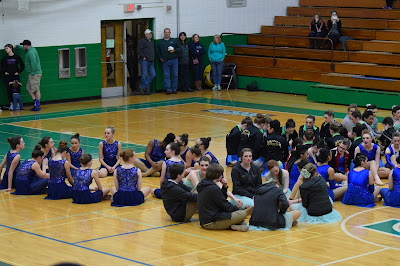 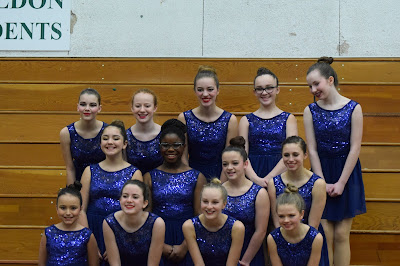 Then, the next day, more basketball! I am terrible about getting good action shots of Britt. I want to watch him, and I can't see as well through my lens. I will try to get some more action shots next weekend. They had two really good, close games. The first one went into overtime! The weren't able to get the W's, but they are improving every game, and Britt is figuring things out. Unfortunately, we have some really intense parents on our team. We also have some very nice parents. But there are a few who are way over the top in their level of seriousness. These little guys are just babies, They are sixth graders, people! Give them a break, seriously, and take a chill pill. One particular parent was irritated with Britt because he got a rebound and then accidentally traveled. Unfortunately, he was sitting right next to me. Big Mama (that would be me) let him know, nicely, of course, that this is Britt's first year playing, and he is actually a swimmer. That shut him up for the rest of the game, at least. 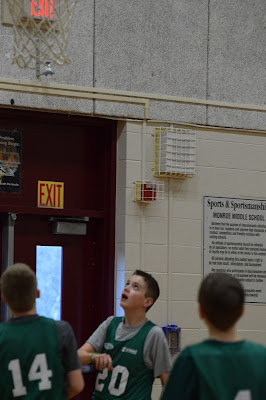 I love how much fun Britt has with this team. There are some super sweet boys and he has made some great friends. I think it takes a lot of courage to start something new, especially when you know you are starting later than everyone else and you are behind. Britt has such a fun personality, he is Mr. Popular on the team. At one practice, he was so happy, because they learned a new play, and the coach said, "What should we call this one?" And two of his friends said, "Let's name it after Britt, because he's the heart and soul of our team!" It meant a lot to Britt. And as far as having fun and being a good teammate, I think he does bring a lot of heart and soul to his team. And he is learning more every game he plays. He's making some great decisions. And at this age, it is all about making good decisions, even if the execution of the decision doesn't work out perfectly. Eventually, things will start working. If only I could educate some of the parents who get so wrapped up in these games. These poor kids have way too many coaches - I wish the ones in the stands would shut up. But that's sports and egos for you, isn't it? I'm thankful I have mellowed in my old age, and I thank volleyball for the experience. I am looking forward to next weekend when we do it all again! 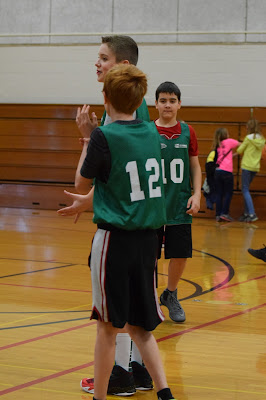 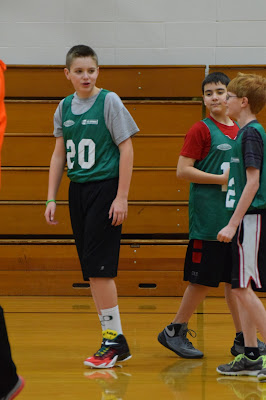 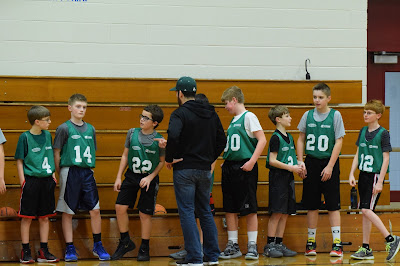