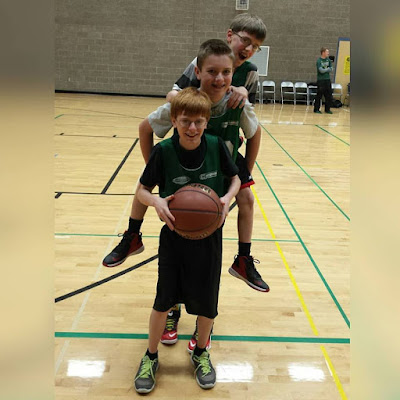 I love this picture so much! I think it is the most adorable shot ever, pun intended! Britt and The Stitts. They are twins on his team and also in his class at school. They have become great friends over the course of the basketball season. Watching them interact is truly a joy! I asked them to strike a fun pose for me, and this is what they did, all on their own! They are three happy boys who play their hearts out. 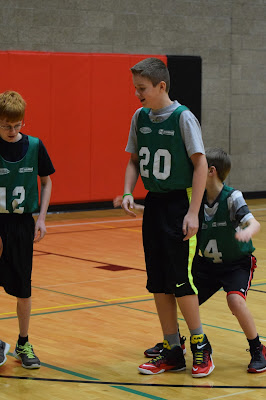 Britt's face is so fun to watch during games. He is happy, happy, happy. He was extra happy this game, because he beat his record of one basket and made two! And his team won, which was Britt's first win ever! He was sick with pneumonia when they won their other game. The rest have all been losses. He was so excited and proud of this game. He had two "swats," or checks as we called them back in my day. And he also had several rebounds. He is slowly but surely figuring things out. He gives 110% effort, and that is all that matters. He is making good decisions, for the most part. We will miss this little team of his. They are super sweet boys and have been fun to watch progress week by week. This is our last week with them - after this weekend, the Kidsports season will be over. 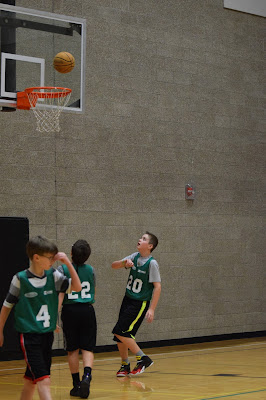 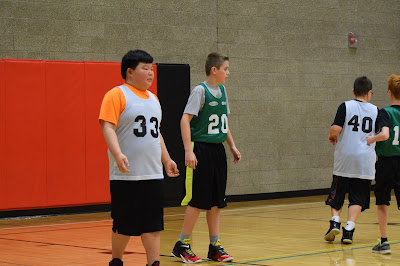 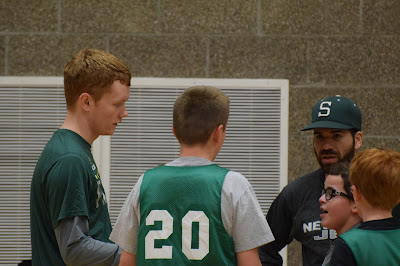 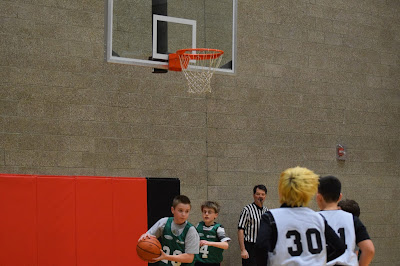 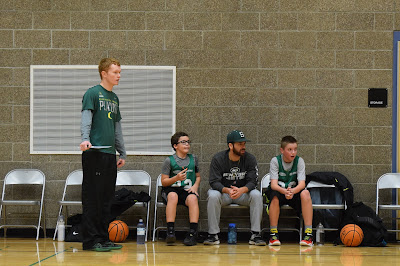 He got to play a lot this game, and his little face is so red! He needed this break. 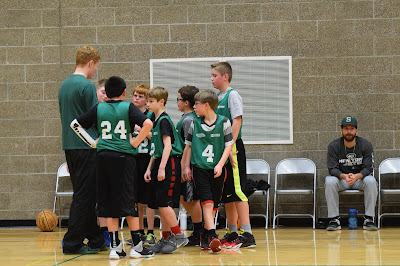 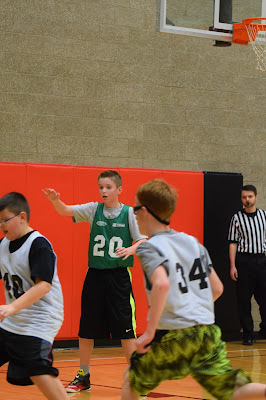 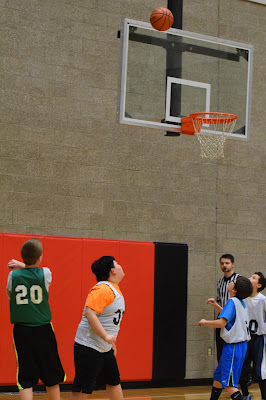 I know the picture below is blurry, but look at that face! He tries so hard, and those big eyes of his are so intense. He is a fun kid to watch. We are trying to keep him humble. Humble and kind - that's my motto for our family. (I love every single word of that Tim McGraw song - my new favorite!) 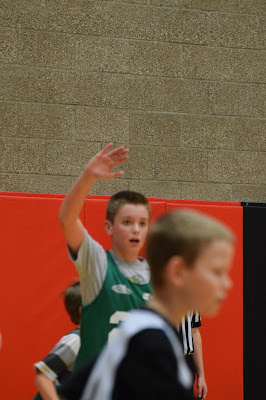