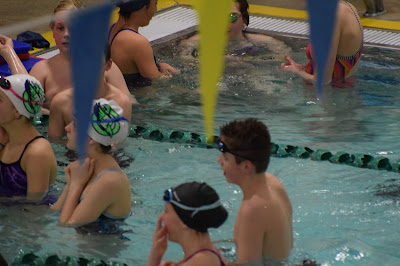 Another whirlwind week has come and gone, and here we are, a week and a half out from Spring Break. This year is flying by! On Wednesday of last week, Brailey and one of her middle school dance teams got to perform at a Sheldon basketball game. It was so convenient and perfect, because Britt had swim practice right next door! And his practice ended right when Brailey was supposed to peform. The buildings were within walking distance of each other, so it was truly ideal. It seems like forever since I have attempted to take a picture of Britt swimming. Although his swimming career has taken a back seat to basketball, he still attends practice as often as he can. If he isn't at basketball practice, then he is at swim practice. When he was so sick with pneumonia, he was unable to do anything for nearly three weeks, and that took a toll on his lungs. But he is back into good shape, now, and has been swimming well and looking strong. 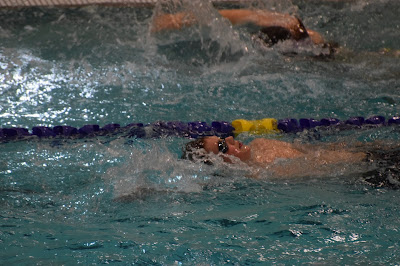 We left his practice a few minutes early, and unbelievably, made it just in time to see Brailey perform. It was a miracle we made it in time! We should have left swim practice sooner. But make it we did, and this hip hop dance is so cute! They usually have shirts tied around their waists, but the shirts were in an area they couldn't get to, so they weren't able to wear them. It didn't matter - they did amazing and looked super cute! 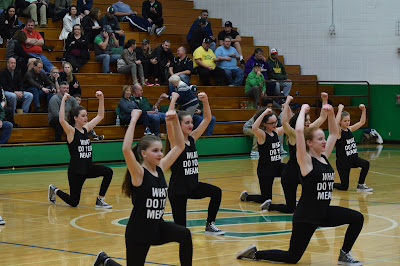 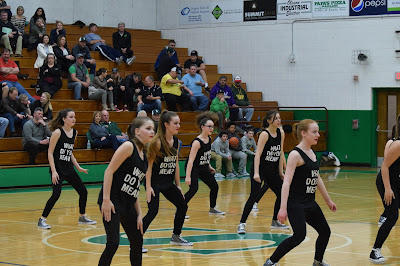 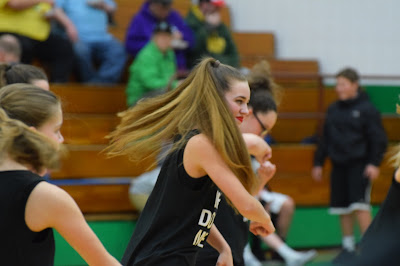 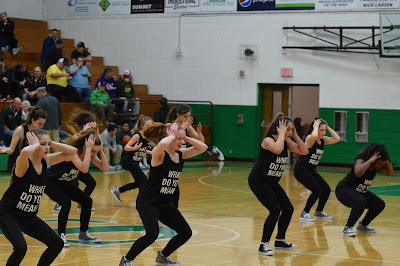 And then, Friday evening we transitioned into basketball. Britt's team was in an End of the Season Tournament. This was a super fun game, and although it was very close, they won! Britt played the best he has ever played, and we were super proud of him. 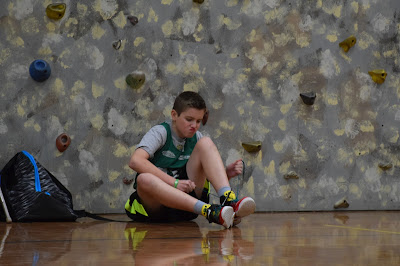 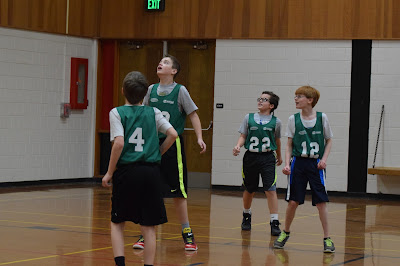 He loves this team so much. They are just the sweetest boys! They have a lot of fun together and have come a long, long way from the beginning of the season. They have a long way to go, too, but to see them having fun and trying so hard is such a joy. Happiness is contagious! 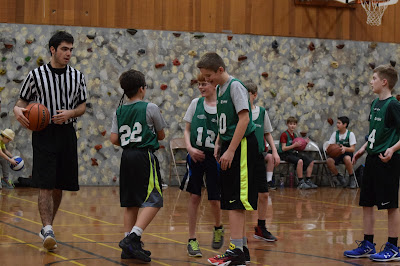 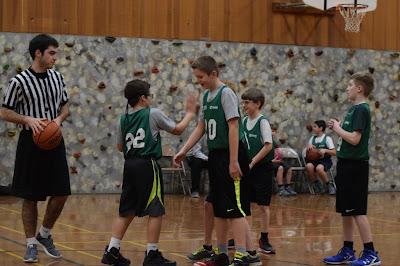 One of Britt's teammates was giving him courage before the tip off. I love seeing supportive gestures like this! 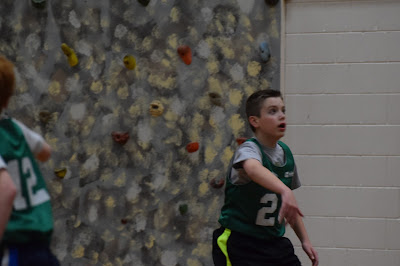 I called Britt and the kid in the red the "Twin Towers," because they are both tall. The boy in the red broke his arm in PE, so he was unable to play in the last two weeks of the season, but he still came to support his team. I thought this was the sweetest thing ever! His parents are so kind and really good people, and that is the best part about these sports - the people you meet. You meet some real doozies, too, but overall, there are some really great people out there, and it is fun to get to know them. We were so impressed that Aiden came and supported his team, even though he couldn't play. 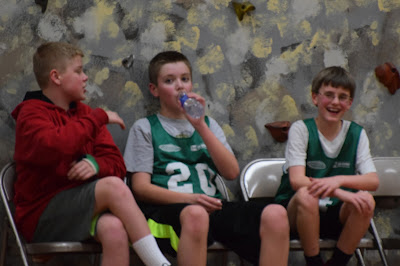 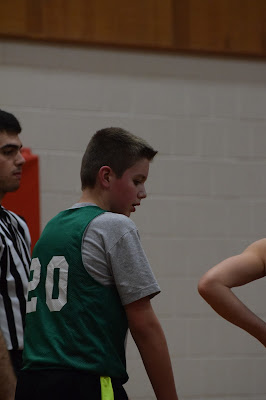 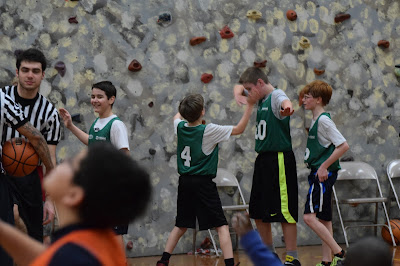 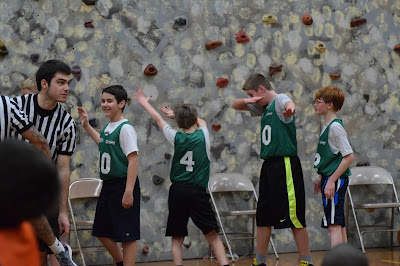 They were super excited about their win! They were doing some kind of celebration. Wins were so rare for the, it was definitely celebration worthy. And that brings us to Saturday. Below, a few of the dance teams. On this day, we had to split up - Brailey and I went to her dance competition while Brady took Britt to his basketball game. Sadly, they lost the game by two points. It was a tough loss. If they had won, they would have played for the championship, but they ended up playing for third. Britt had to miss the game for third place on Sunday, due to scheduling conflicts, but his team won it in overtime by two points, so it was exciting, and they did a cheer, "In the words of Britt," which made Britt feel a little better about missing the game. If they had won that second game, they would have played at 6 in the evening on Sunday, and we could have made it. That's the way the cookie crumbles, sometimes. Back to dance, though, I got some fun shots of Brailey. She is getting better and better with each dance. They changed the ending, and a couple of girls (not Bray!) forgot, but it is going to look perfect on Friday, I can feel it. And then they will be competing in April at the Junior State Championships, so by then, they will be spot on, I'm sure. 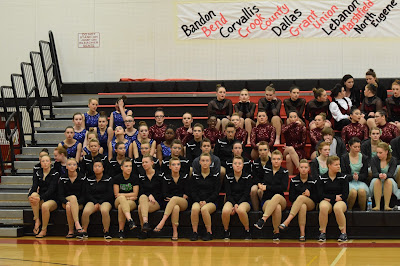 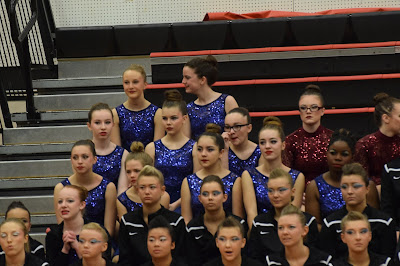 I do love this dance! It is so beautiful and fun. I just wish they lasted longer. I am always left wanting for more... I could watch them over and over. 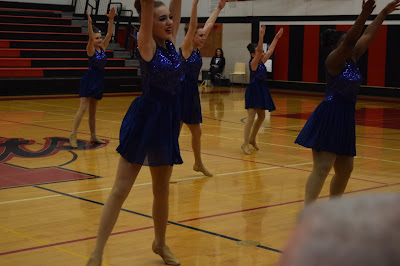 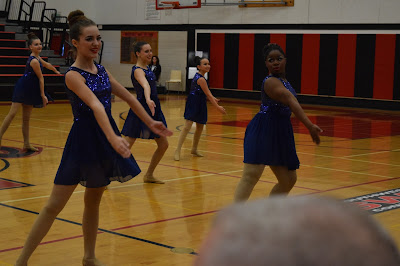 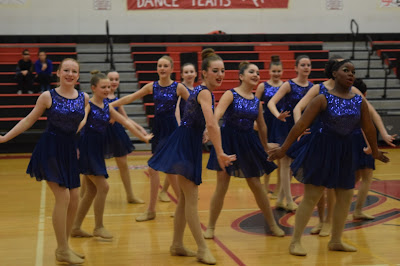 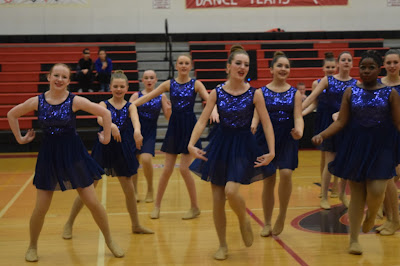 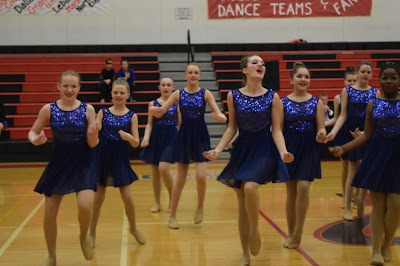