Spring Basketball with the YMCA - A New Adventure 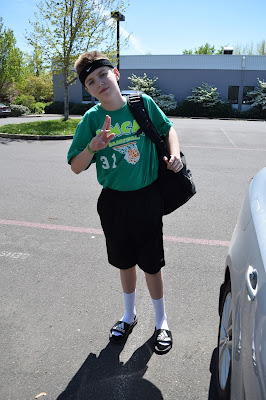 Spring basketball - who knew such a thing existed? Britt was very honored and excited to be asked to join a team for the YMCA's spring program. He has grown so much as a player and his skills are getting better and better. He really misses his teammates from his Kidsports team, and there have been a few growing pains with his new team - it's never fun to be the new kid on the block. All but three players from this YMCA team played together during Kidsports, so Britt is definitely an outsider. But he loves basketball so much, and he is doing what he can to be a part of the team. We enjoyed watching him play this past Sunday. Brady went on the court before warm-ups started to throw him some passes. I'm not sure who is more excited about Britt playing, Britt himself or Brady! 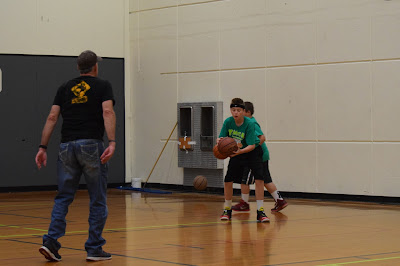 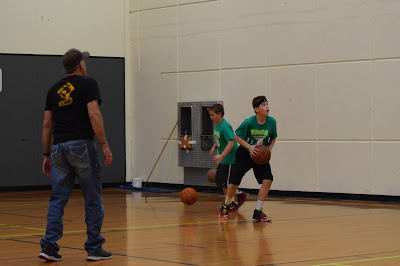 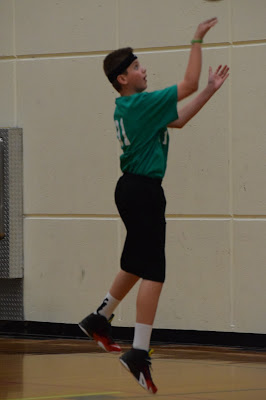 I am still learning how to use my new camera and lens, hence the fuzzy pictures, but I just love his precious face. So serious and those big eyes! And he just loves his headband. I'm so glad he has enough courage to wear it, even though one boy on his team said, "What's with the headband?" We've learned boys can be just as mean as girls - I didn't see that one coming. But it will all help Britt grow as a person, and he will come out stronger and smarter. 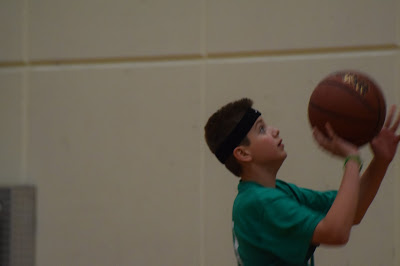 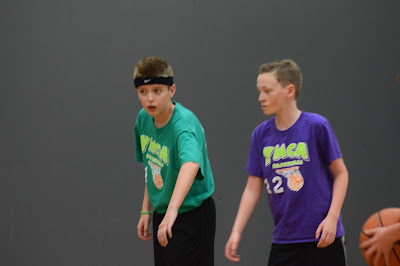 He's learned how to post up - hooray! A couple of weeks ago, he was playing against a super big kid, who was supposed to be twelve, but actually looked more like fourteen or fifteen (forgot to take my camera to that game, so no pics). Seriously. He may have been in sixth grade, but there is no way he was twelve. Britt's legs and knees were sore the next day from trying to guard and post up on him. But he held his own! This summer, we are going to work on getting Britt stronger. He has so much potential, and we are so proud of how far he has come. He's still swimming, too, but it appears that basketball is taking over his heart. It will be interesting to see how it all develops. Will he continue to swim next year and play basketball? Or will he just play basketball? Only time will tell... In the meantime, it is a fun journey to watch unfold. 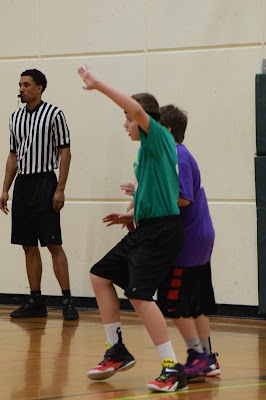 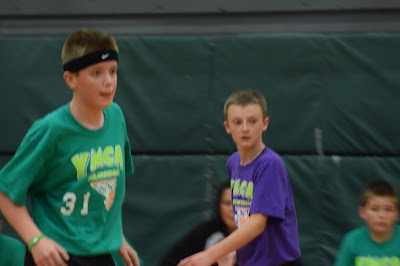