Basketball and Golf with The Grandparents 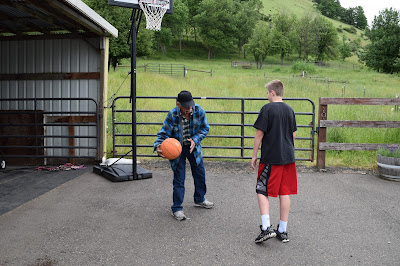 After a long time in between visits, we were so happy to have my parents come for the weekend, even if it was only for a short time. They came to see Britt's last basketball game of the season. They were able to see him play in the beginning of the season, when he was lost in the game, and it was fun for them to see the improvement over the past few months. He's come a long way, baby! 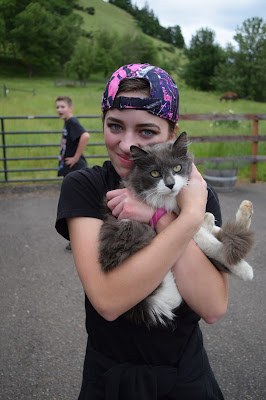 Brailey just loves her cat, Jack. He loves her just as much! 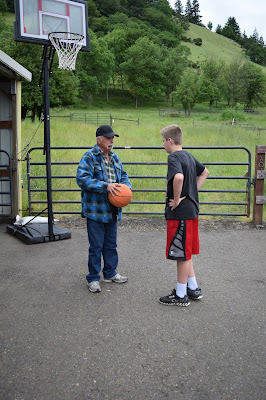 Papa decided Britt needed to learn how to do a "hook shot." What can we say? Papa's still got the moves! 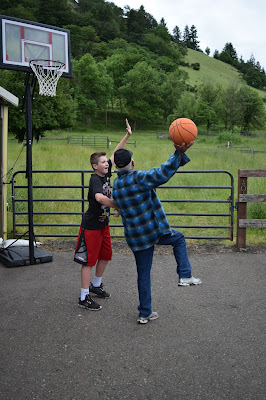 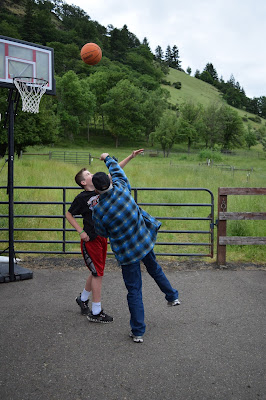 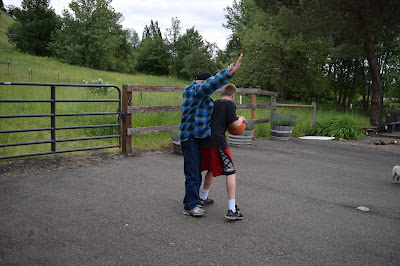 The next morning, we got some golfing in. Brady is quite serious about his golfing, and he inspired my dad to try his hand at it. He gave a brief lesson, and everyone had fun hitting the ball. Even Grandma hit some! However, I was sworn not to share her pictures, so you won't see any of her golfing. It was mid-morning, and after all the visiting and a big breakfast, she and I were still in our pajamas. What can we say? Time got away from us! But she did great, and so did Papa. They are natural golfers! 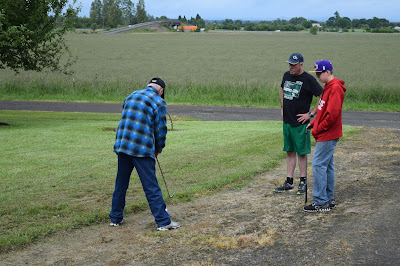 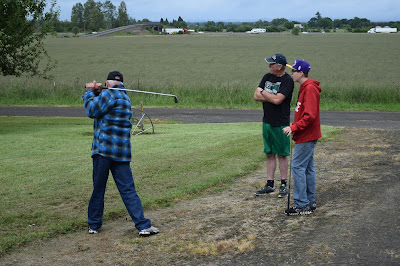 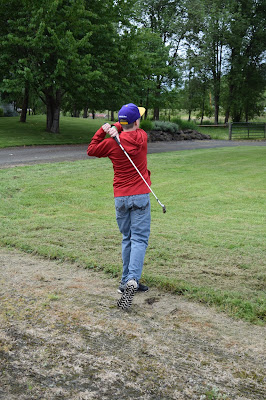 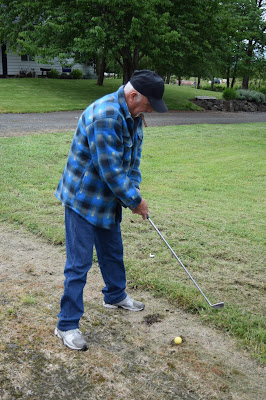 Things got really serious when Brady determined we needed shorter grass. "Get back," he said, and proceeded to mow a little area. I'm not sure it did much good, but at least he tried. 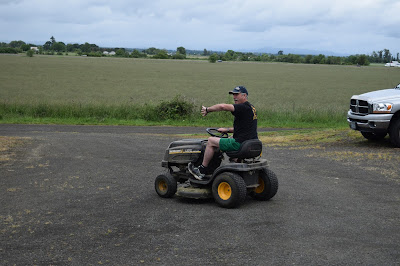 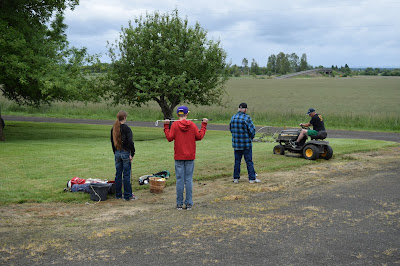 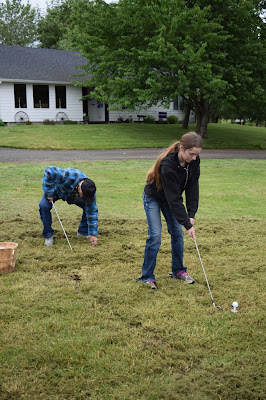 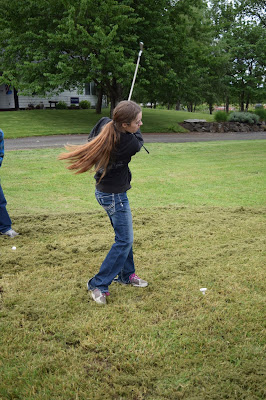 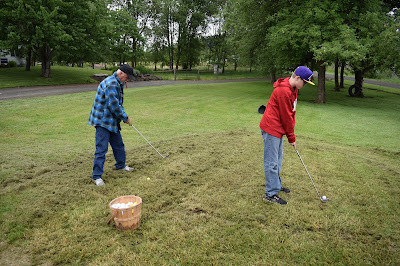 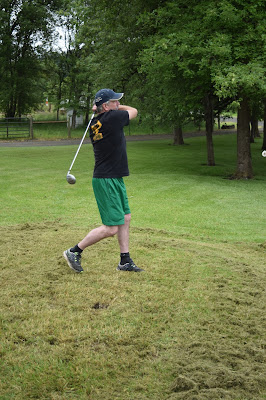 Everyone was trying to get their ball in the bucket. Grandma came closer than anyone! 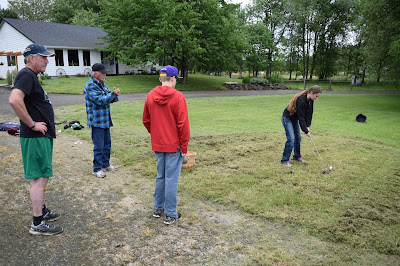 My parents' beloved pug, Buckaroo, or Bucky, as we call him. He is never far from my mom's side. He's a sweetie boy. And the absolute most loved dog on the planet! 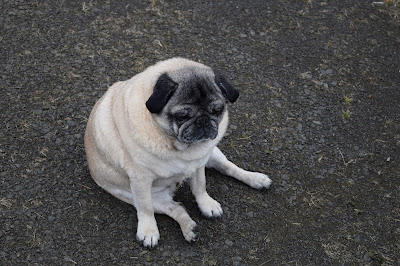 Finally, game time. Britt was super excited to have everyone watching him. I love the picture below of Grandma and Britt! 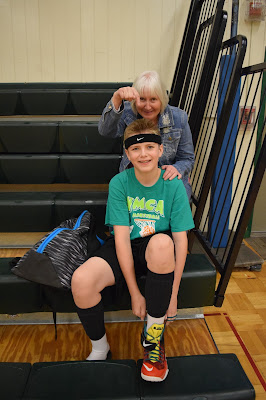 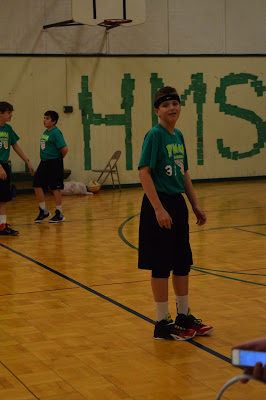 He had the best game he's every played! He gave it 110%, like he always does, and it was really fun to watch him. This was a difficult team and season, but we survived it and learned a lot! 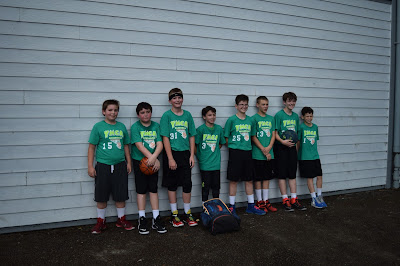 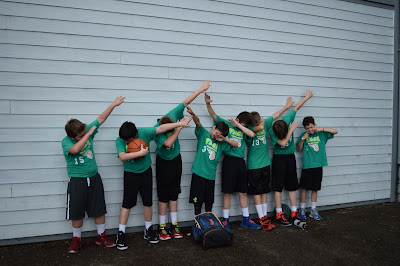 They couldn't get their "dabs" together, at first, but then they did. So cute! 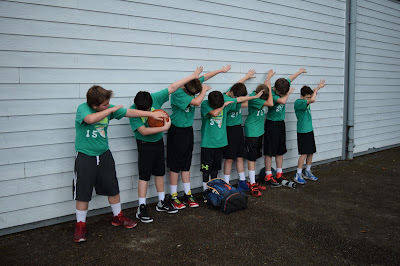 Britt and Papa. This picture and the one of Britt and Grandma from above will be the ones we save forever. Special times. These are the days! We finished the afternoon with ice cream from Dairy Queen, courtesy of Grandma and Papa, and then watched a movie later on. Fun times! 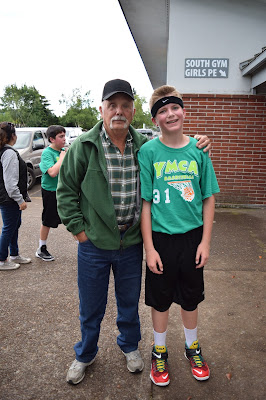