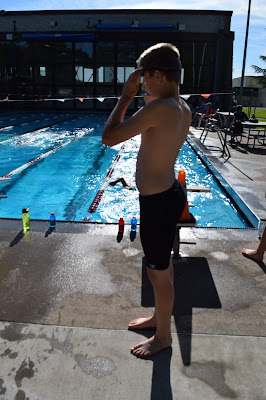 Early Saturday morning, after a very late night of Brailey's Dance Team Auditions, which we did not anticipate running so long, we had Britt's Swim Team Swim-A-Thon. It was at a different pool, this year, and different groups were scheduled to swim at different times, which was nice. The weather could not have been more beautiful! Britt's time frame began at 9:AM, and he swam for just over an hour, completing 3000 meters. He swam a timed 2000 at practice earlier in the week, for a grand total of 5000 meters. HOLY MACARONI! His total time when it was all added together was under two hours. I don't know how he does it, and with a sore shoulder, too, but Britt is tough as can be and somehow pushed his way through it. 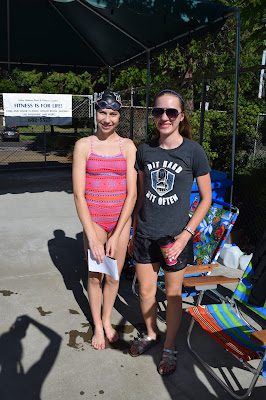 Brailey and one of her besties, Ellie. She had just finished when we arrived. But at least they got to say hi to each other and I snapped a quick pic. 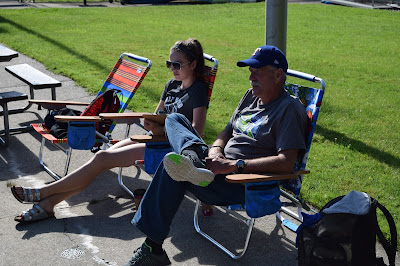 Because I am the Swim Team Photographer, Brady and Brailey were Britt's official Lap Counters. This was actually Brady's first time seeing the Swim-A-Thon. The first year, he was at a funeral, and the next two years, he was judging PBRs. So it was nice for him to catch Britt's fourth one. 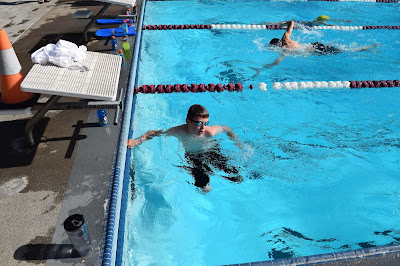 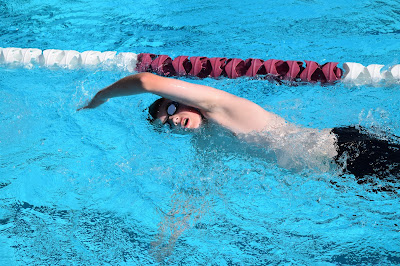 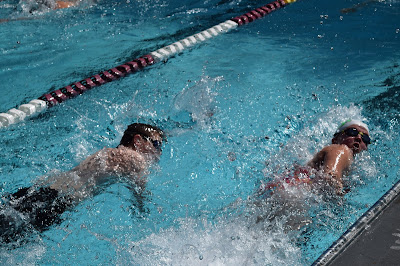 Here, he was near the end of his 3000, but he was passing this girl. I don't know where he found the strength to do that, but like I said, he is tough when he wants to be. 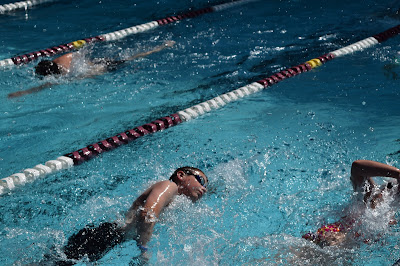 Phew! All done! He has decided not to wear a swim cap anymore. However, his goggles pull his hair when he takes them off. Painful! 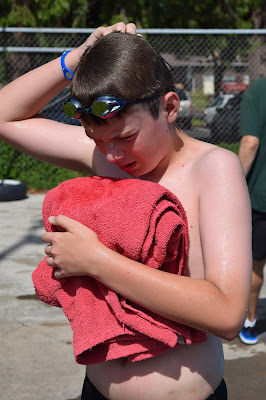 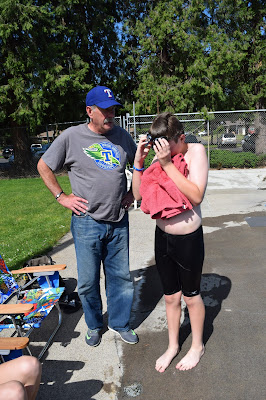 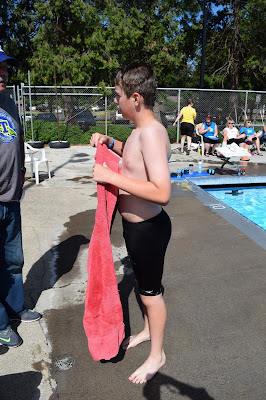 And that's a wrap! Literally, and figuratively. We are super proud of him for giving it everything he had. His heart isn't in swimming, any more, but he still gave 110%. And another Swim-A-Thon is in the books! 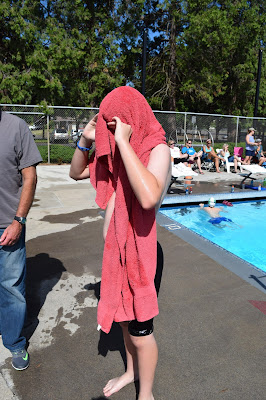