The Day After Graduation Celebration 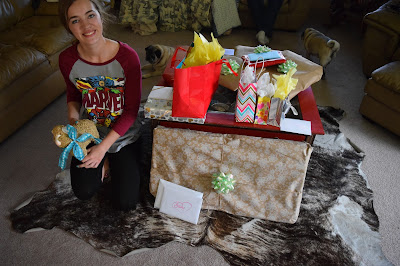 After we came home from Britt's awards assembly, Brailey opened her graduation presents. Below, one of her sweet friends got her this tee shirt, which says, "Have courage and be kind." This has been Brailey's screen saver on her phone for most of the school year. She was so touched by this gift! 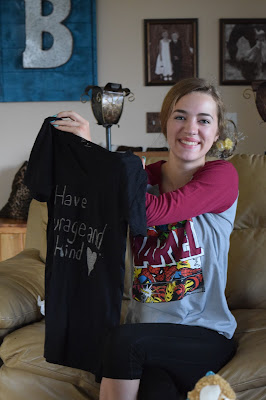 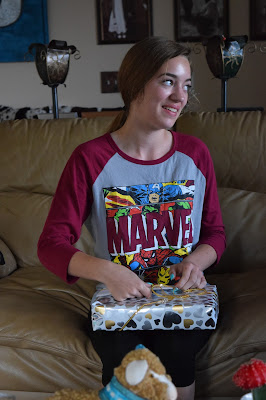 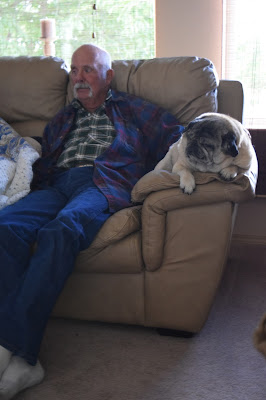 This beautiful cross was from Uncle Shawn and Lexi. You can't really see how beautiful it is from the picture, but it is absolutely darling! It is wrought iron and has rhinestones on it. Brailey adores it! It is the perfect gift, considering Uncle Shawn is her Godfather. We had hoped Shawn and Lexi would be able to come, but things just didn't work out. Having graduation in the middle of the week and then school the next day for Britt was not the kind of planning I would have done, but then again, I guess the world doesn't revolve around me. (Can you believe it?! Hahaha!) But it all worked out just the way it was meant to. 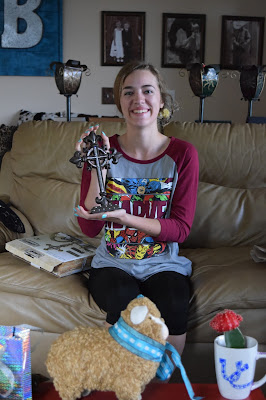 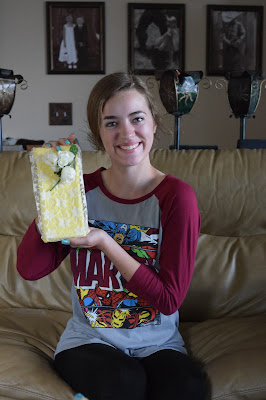 Above and below is from Grandma and Papa. She absolutely loves her new headstall! And she loved Grandma's wrap job, too. Brailey always notices the details. She has already used her new headstall and it looks fabulous on her Materbug. 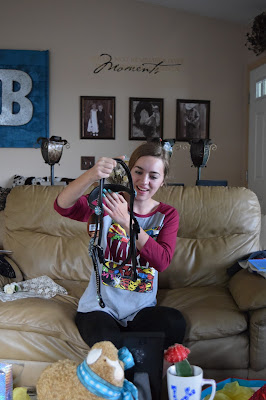 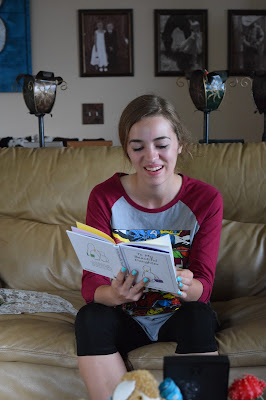 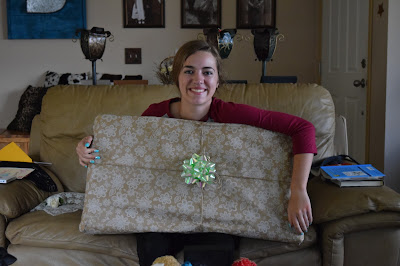 I think she guessed what this was before she opened it. But she was thrilled! I knew this was the perfect saddle pad for her the second I saw it. It looks just like Texas, complete with serape and cactus on it. She loves it! 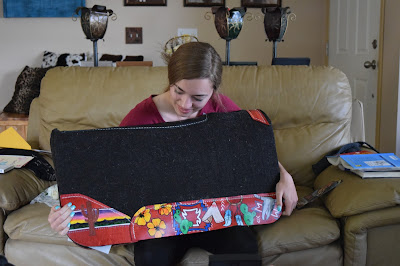 Brady and I ran to town to get Britt from his last day of school in the afternoon, and when we got home, this is what we found. I was so shocked to see my dad on a horse! He does love this horse in particular, but it has been several years since he has ridden any horse at all. Tex is incredibly special to my dad, though, and it quickly became apparent that he was in need of a little tune up. Brailey asked Papa if he could help her with dragging a log, which Tex didn't want to do. She wanted to learn how to do it for the trail course she was taking him to the next day. Papa had Tex dragging the log in no time at all. According to my mom, there were a few somewhat scary moments in the beginning. Tex was scared of the sound, for some reason, and apparently forgot that he has drug thousands of calves to the branding fire, not to mention held several cows for my dad. Who could know what he thought? At nineteen years old, he acts more like a colt today than he ever has. But he loves and trusts Papa so much - their bond is still in tact after all these years. After he was done, my dad said, "Tex is the last horse I'm ever going to ride." Bittersweet, that statement. 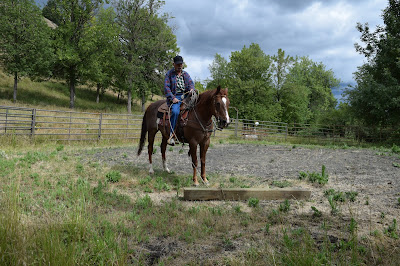 Even in his tennis shoes, my dad looks good on a horse. Always has, always will. 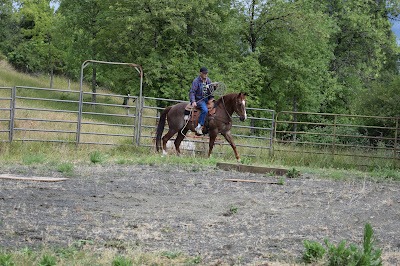 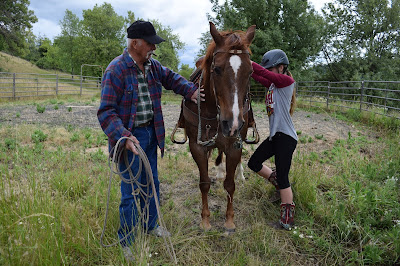 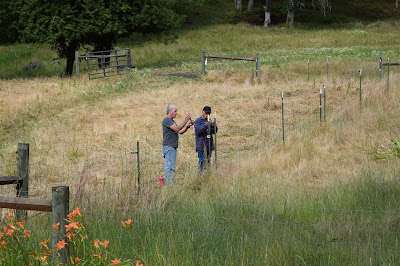 Later on, Papa and Brady did a little fence repairing. The deer trash our fence every year, ruining it and making it dangerous for our horses. (No, as a matter of fact, I don't like the deer. I wish they would stay off our place. Not only do they ruin our fences, they eat all my flowers and bring ticks down. Not a fan of the deer at all.) 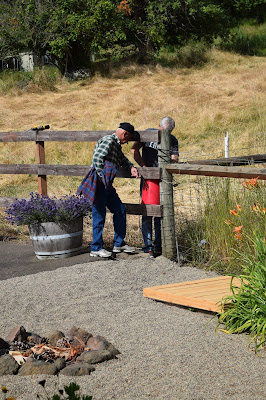 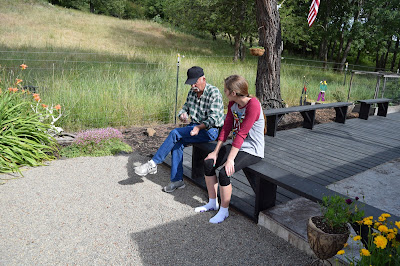 Deep thoughts on the patio. Papa was telling Brailey stories and then giving her advice on keeping Tex going on the log dragging. She listened intently to every word. It makes me sad we don't live closer, because he could help her so much. He likes helping her, because she is so teachable. Such is life. Britt could learn a lot from him about basketball, as well. What can we say? My dad is a wise man. 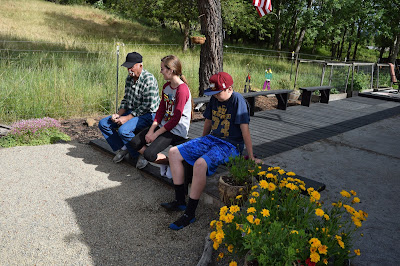 My mom and I couldn't find the pugs. And then I looked under the table. These two have been friends for years! 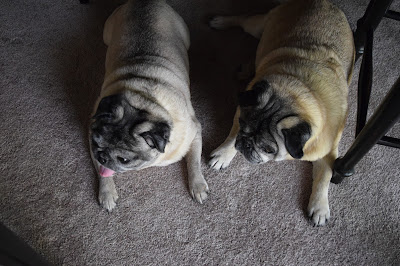 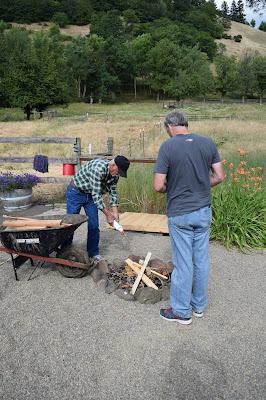 We ended our evening with a hot dog roast, cream puffs and s'mores. It was such a delicious feast, we didn't have room for cake! Thankfully, Britt's Cleveland Cavaliers won, and all was right in the world on this night. It was a fun day, filled with a variety of activities, all due to the special occasion and special guests who made it the wonderful time it was, Grandma and Papa. 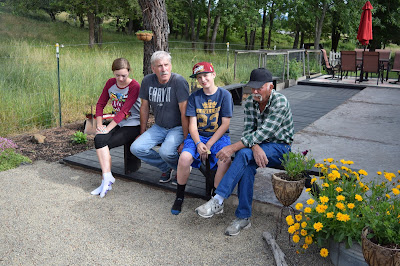 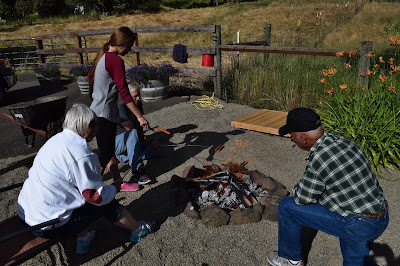