The Brittster at his Camps 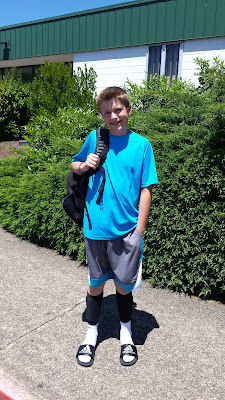 It was the summer of basketball camps for Britt. After his last swim meet in June, he made the decision to give up swimming and to focus on basketball. This was not a decision we made lightly. But he is far enough along in swimming that if things don't pan out in basketball, he can always go back to swimming. And he also likes golf, so he has a couple of options. But his heart is in basketball, and he loved every single camp he attended this summer. He made friends at each one and learned something new. Before his first camp, he said to me, "My goal is to learn at least one thing at each camp. If I learn just one thing, Mom, it'll be worth it." I agreed. Above, his first camp, the Sheldon High School Basketball Camp. They worked him good at this one, and his feet were so sore when he got home, we had to soak them in ice water in Brailey's foot spa. But he was ready to go the next day! 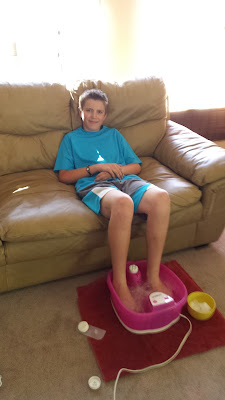 The next camp was one of his favorites, The Oregon Duck Basketball Camp. This camp was from morning until night, a very long day, and the first day I fully anticipated picking up a tired, grumpy boy. Instead, I was met with a joyful, radiant kid who was happier than I've ever seen him. His team won the tournament held over the course of the week, a fact he is still proud today. He was extremely exhausted the day after the camp ended. He was so tired, he actually fell asleep in our pickup while we were driving - he hasn't done that since he was a wee little toddler. 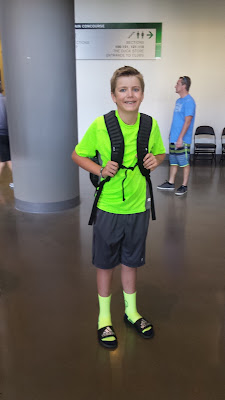 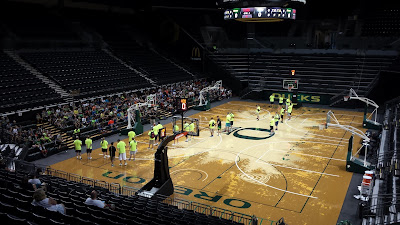 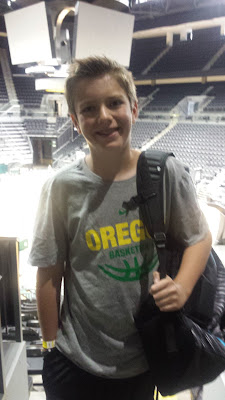 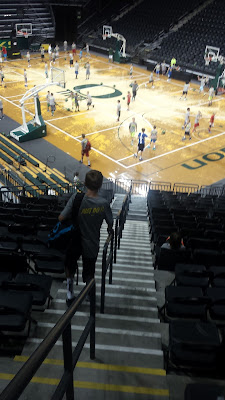 He got his shirt signed by Ducks players and coaches, which made him super happy. He is saving this shirt - it is sacred! 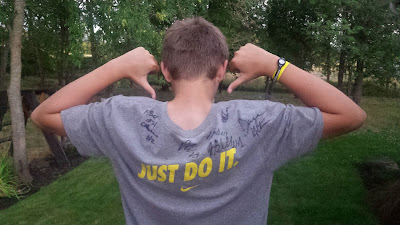 Next, he hit the NCU Basketball Camp, which was put on by Luke Jackson, the former Oregon Duck and NBA basketball player and now current head coach of Northwest Christian University. This camp was impressive, because they talked to the boys about sharing the ball and the importance of being unselfish on the court. This is the most important thing boys this age can learn, in my opinion. In our short experience with the game, we've seen more ball hogs than we ever dreamed it was possible to exist. Even better, at the end of each day, Luke told them to be sure to thank their parents for spending their hard earned money on the camp. On the last day he said, "Be sure to thank whoever paid for you to come here. You are really fortunate to get to go to a basketball camp. My family didn't have enough money to send me to camps when I was your age, so you are very lucky. Please, tell your parents thank you." Thank YOU, Coach Jackson. 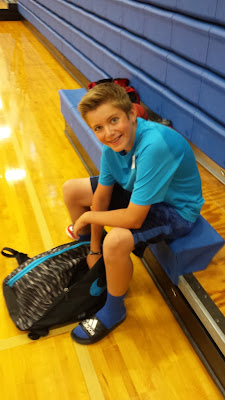 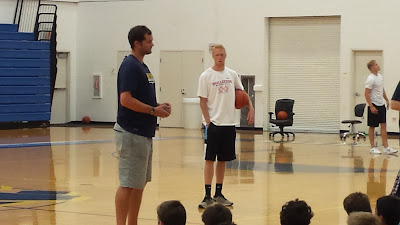 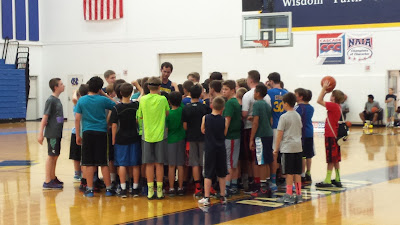 Britt was so thrilled to get his Luke Jackson jersey signed by Luke Jackson himself. He also got a plaque with a card in it signed. Luke was so kind and generous and downright sweet, and Britt will be one of his biggest fans forever. In fact, he wants to play for Coach Jackson in college. This was a fun moment for Britt and frankly, for me, too. Luke has always been my favorite Duck basketball player - I remember seeing him and the other Luke on campus back when I worked at the University. We are looking forward to seeing his NCU Beacons play this year. 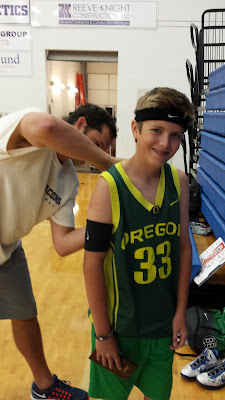 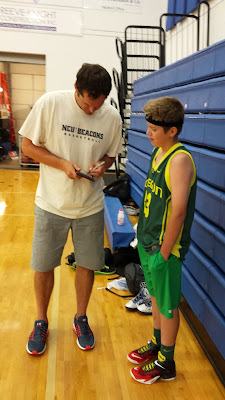 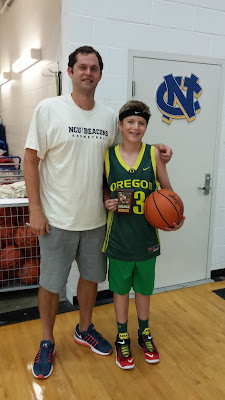 And last but not least, we ended the camp run with a ball handling and shooting camp, which was an excellent camp. Britt met even more friends and learned some amazing ball handling skills. He was so happy to go to camp every single day. He has come a long way in less than a year. In November, he will have a full year of play under his belt. I'll never forget those first tryouts. It will be fun to see where he lands this year. I'm his mother, of course, but as far as I'm concerned, his future looks bright! He works hard on his game, and he loves it, and those two elements are a winning combination. Go Britt! 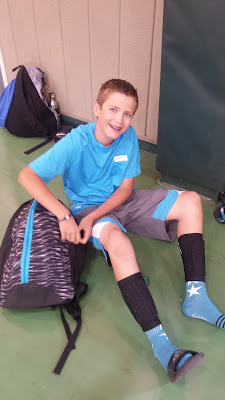