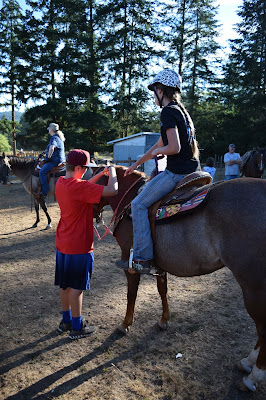 Last weekend we found ourselves supporting Brailey at the last of the Crow Valley Trail Series. The third one of the year was by far the toughest one. Wowza! Brailey and Tex did well and had fun trying. She hasn't been riding Tex much, due to a limited amount of time between dance practice, painting her custom trash cans and riding Mater, but she did manage to ride Tex a few times before the event. It would have been better if they could have taken a lesson or participated in the trail clinic Julie Fisher had, but we just can't do it all, and so she simply did her best, and her best was pretty dang good. Best of all, her practice on the roping dummy this summer really paid off - she was one of five to rope the dummy the entire weekend! To say Brady was proud is a bit of an understatement. 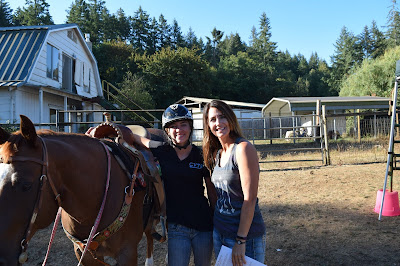 It was so super hot! So they started nice and early, and although we arrived in good time, we didn't make it before nearly everyone else, and so we had to wait for a bit before she could do the course. However, the Crow Valley Trail Series group is full of rock stars, and they had everyone through the course in no time at all. 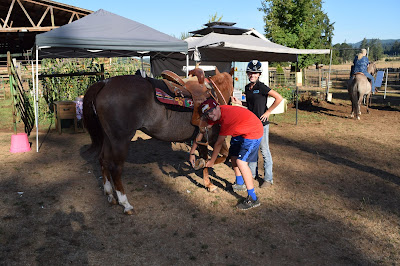 Britt decided he wanted to clean Tex's feet. Yes, the boy who "doesn't like horses." He is slowly coming to terms with the fact that maybe he does. He loved every ride he went on this summer, and even roped the dummy with Brailey a few times. There's a glimmer of a cowboy in there, whether he wants to admit it or not. 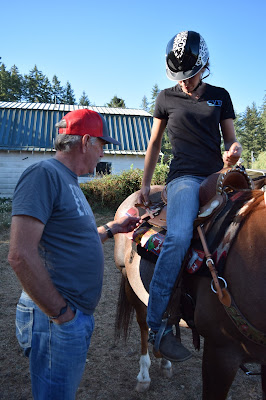 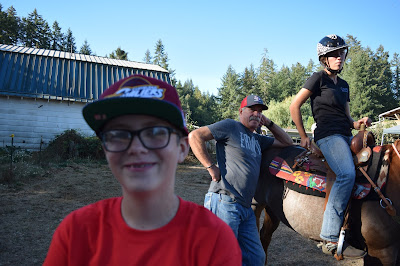 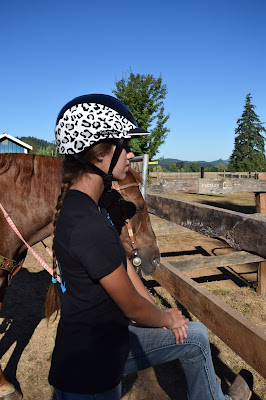 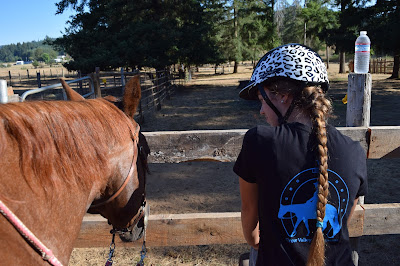 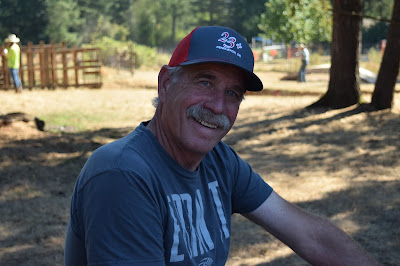 Britt had my camera while I filmed some of the obstacles. He took this great shot of Brady and quite a few of the pictures of Brailey below. He's a got a glimmer of a photographer inside him, too - he got some really nice shots! 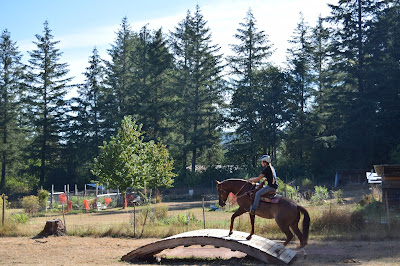 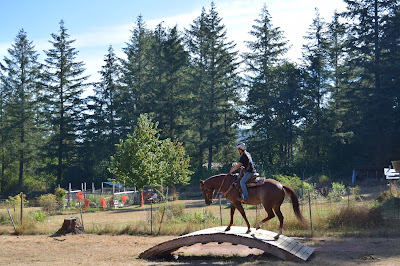 The course was back at Julie's place, this time, and below you can see her explaining to Brailey what she needs to do. Every single person at every single station was so kind and encouraging. Some of the obstacles were frustrating and tough, but the leaders always kept a positive attitude and found something kind to say. They were so sweet to Bray! 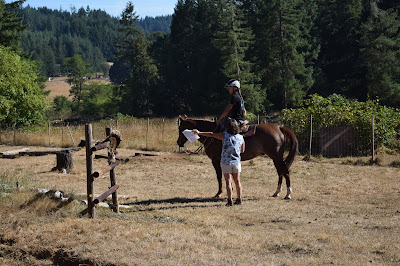 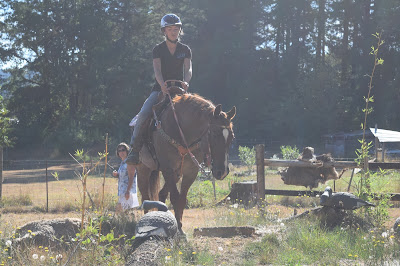 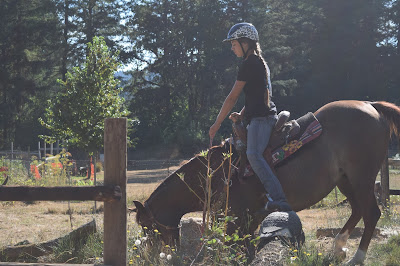 Below is Dr. Sandy Beal, a retired surgeon. We've known her for years, now, and she couldn't have been more helpful or encouraging to Brailey. We love Dr. Beal! 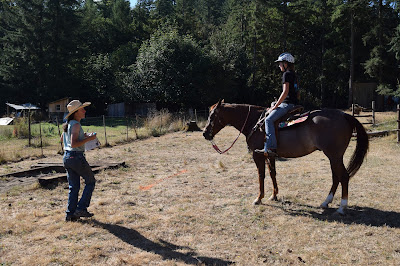 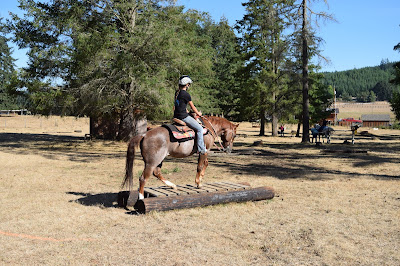 This obstacle is a fairly deep hole in the ground. There was no way Tex was going to go down into it. N-O. Nope. Can't say that I blame him. 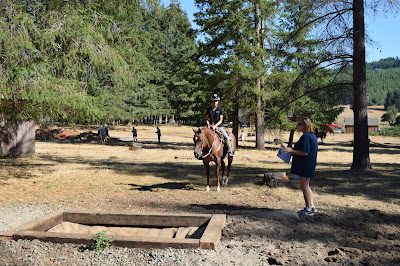 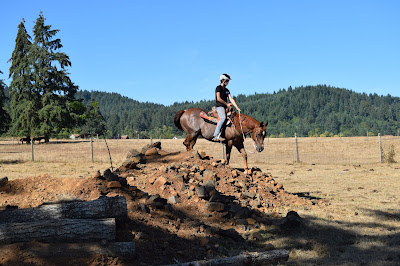 They found great success on Crow Mountain, though. This was their forte, as they say. 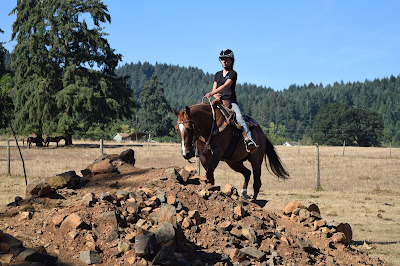 Sheri, below, is another one of the sweet, sweet people who help run the trail course obstacles. Brailey had just roped the dummy right before this picture, and it was a mighty fine and perfect loop. You can see the video on our Facebook page, if you are interested, or on Instagram (@queen.b.of.the.4.bs). 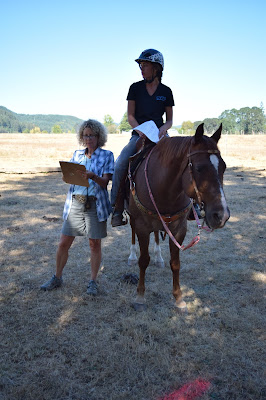 Julie and my boy B's. By this point, it was getting quite warm. 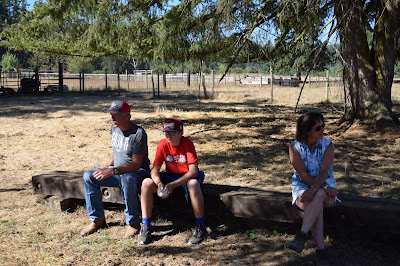 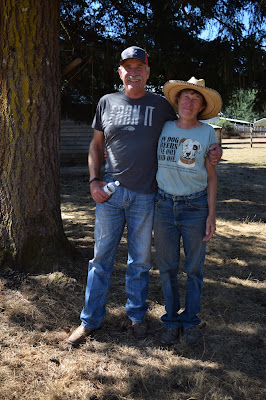 It was a bit of a disappointing day for Bray, because she was so close on some obstacles, and on others, they were a little too hard for her level. The youth and novice compete at exactly the same level as the open class, with the same 60 second time limit. It's certainly not easy. And like anything else, in order to be successful, you have to practice and put time into it. Time... The one thing we never have enough of. But trail is a great way to hone your riding skills and to learn how to ride correctly, and she still managed to have a good time. The roping saved the day, and when it comes right down to it, we were in it for fun. Until next year, that's a wrap on extreme trail riding! 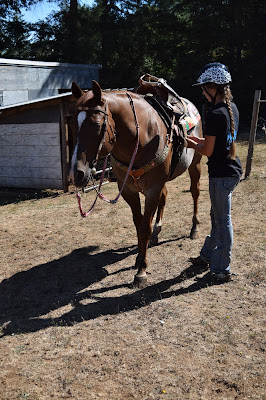