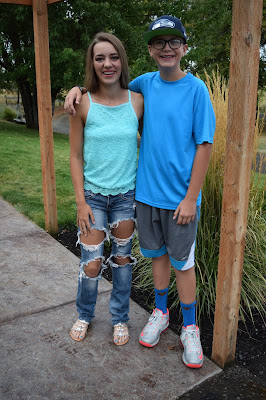 Oh-em-geeeeeee! Here we go again - off to another great and busy start on a brand new school year. I love these two B's so much, and even though they grumble about all my picture taking, they still put up with me and pose nicely. I think they secretly enjoy it. Who wouldn't want a paparazzi for a mother? I mean, really! They're famous in my little world. 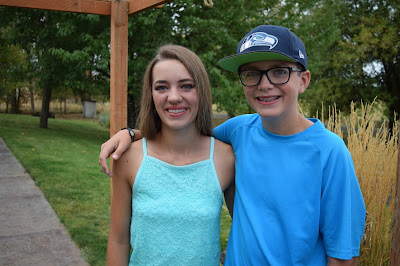 I shed a few tears yesterday, I will admit it. I just can't wrap my mind around the fact that Brailey is in high school. I'm excited for her, scared for her, nervous for her and proud of her all at once. She is so much better off at her age than I was - she is better at makeup than I will ever be, even after all these years of practice. She is wiser with her social skills. She is organized. She is kind and thoughtful. She is a good friend. And yet she is fragile. Very fragile. More than anyone ever suspects. One of my friends from high school said this about her freshman daughter on Facebook and I love it so much! I read it to Brailey... It was attached to a picture of her daughter in a cross country race, muddy from the run.
"My hope for Ashlyn is that she faces high school like this cross country race.
Be strong and courageous.
Push yourself...but don't burn out.
Don't compare yourself to others.
Don't worry about what other people think.
Have fun...but be wise.
Shove the boys into the mud."
Those are wise words, and I hope Brailey and Ashlyn take them to heart. (You are such a good mom, Debbie!) 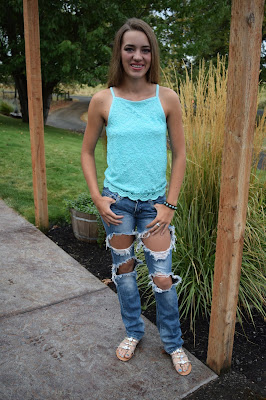 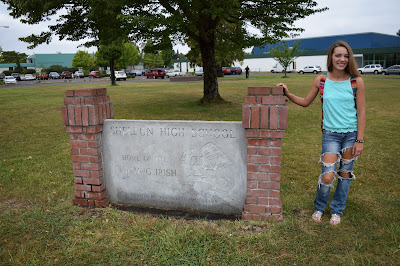 She was not happy that I made her pose for our traditional school sign picture. But I needed it for their school scrapbooks. And a little embarrassment is good to keep them humble, right? She didn't want me to hug her in public. Britt told her this was ridiculous and you are never, ever too old to hug your mom. He was dead serious. "You're never too cool to hug your mom, Brailey," he said to her. I was actually a bit surprised he felt this way, and incredibly happy to hear it. To be honest, I thought it would be the other way around at this point. Below, I snuck in one last picture of her walking away. My little girl, spreading her wings. It gets me every time. 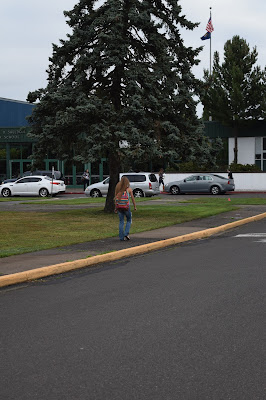 For his part, Britt was a ham for the camera. He loves his new shoes, since they are "LeBrons." His feet grew as much as he did, this summer. He is well on his way to towering over his little sister, and he is taller than me. He won't have his big sister to watch over him this year at school. He is the sweetest boy in the world, but he has his struggles, too. Boys are as mean as girls, these days, and maybe even worse. And when you are big, people tend to single you out. He's a Gentle Giant, which is a curse and a blessing all at the same time. 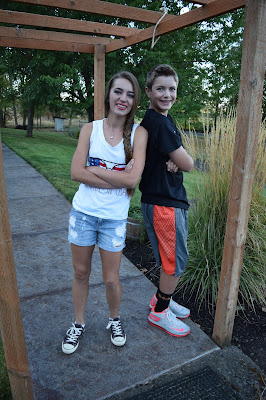 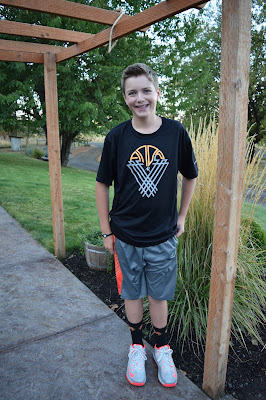 Ironically, he thought it was silly of Brailey to make such a fuss over me taking a picture of her by the school sign. That is, until we pulled up to his school. And then the nerves hit and he didn't want me to do it. But he knows his mother, and he dutifully posed, and I shared with him that I would be doing this until he is a senior in high school, so why not just accept it? When it came time for me to hug him goodbye, though, he gave me a heartfelt and big hug. He is seriously the best hugger I've ever hugged. And he went merrily and happily on his way. I sucked those pesky tears down and drove away, all by my lonesome self. Here's to another school year full of love and fun and learning! 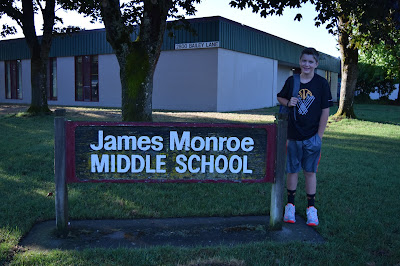