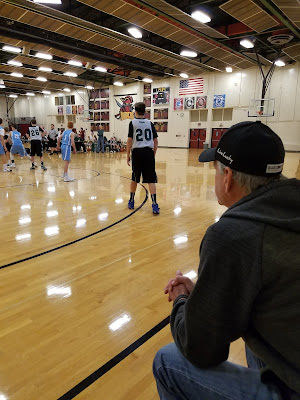 A dad watching his boy play ball, and in his Live Lucky hat, too! What could be better? Britt has been having a great season of learning basketball skills this season. He has made some big improvements in the past couple of weeks, and Brady and I couldn't be prouder of him. Of course! I mean, that's our job, right? To be proud? We definitely are. Britt has shown some real heart and try and has a great attitude, which will serve him well in his future. These are some fun pictures from the tournament last weekend. I keep forgetting to take my camera, so I have missed a few games. But last weekend was a good one - they broke an eleven game losing streak and won their last game. Hooray! They are in a very tough league with kids, in all seriousness, who look like high schoolers. Tough, for sure, but they will be better for it in the long run! Some fun pictures below... 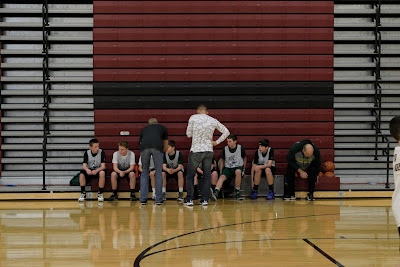 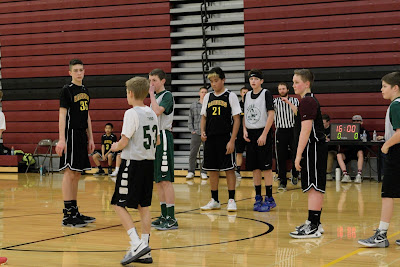 Britt's New Year's Resolution was to start a game. This resolution came to be this past weekend. He was so happy! One of the boys on the team was hurt, so that opened up a spot for Britt. His buddy Camdyn also got to start, and he was happy for Cam, as well. In fact, they were both happy for each other, which made my heart smile the biggest smile. With all the petty jealousies and competitiveness there is today, it was sweet to see two boys care about each other and be happy for one another. 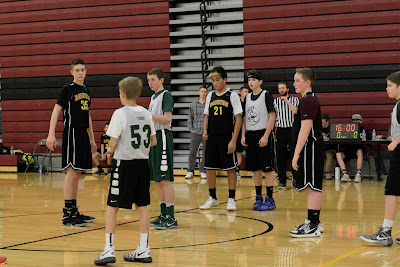 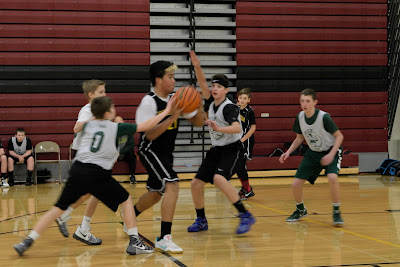 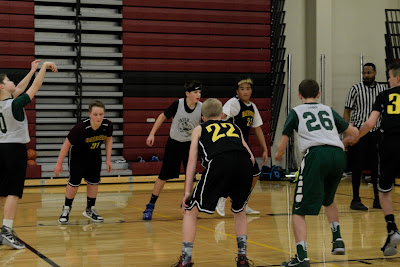 This game had their Coach Brian climbing the rafters. Haha! 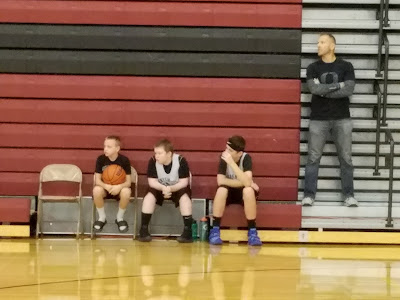 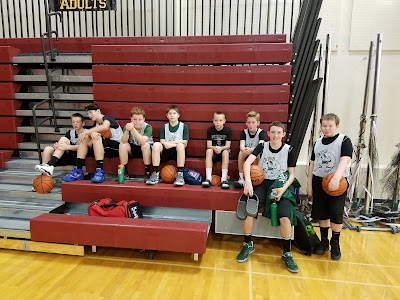 Britt was embarrassed that I was trying to take a picture of his team. Jackson (one of my favorite boys!) and Taylor were fine with smiling for the camera, which was nice of them. Who could know why boys are so peculiar about pictures? Maybe I should have asked them to take a selfie. 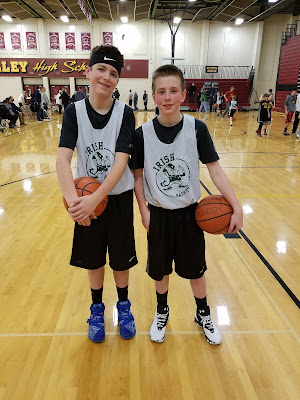 Britt and Camdyn have become really good friends over the season. They have a lot in common! 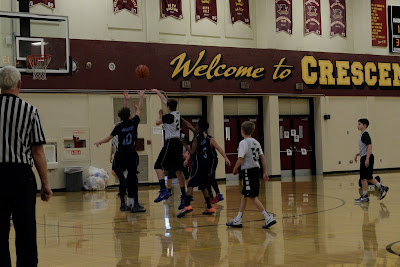 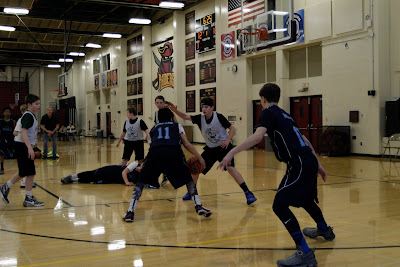 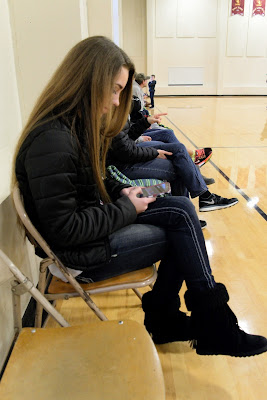 Brady insisted that Brailey come along with us to Sunday's games. She was a good sport! She didn't spend too much time on her phone, but in between games, what else is there to do, right? She was a trooper! And below, the winners! The game came right down to the end, and the team they beat had beat them by about 30 points in the past, so it was a big improvement for them to pull the win off. It was well-deserved, and great for their confidence. We are so grateful Britt is on a team with such amazing coaches. Personally, I could care less if they win or lose. I just want to see Britt make good decisions and keep on improving. That's all that really matters, at this stage. When they get to high school, if he is lucky enough to make the team, then I will care if they win or lose. But for now? We are just enjoying it as much as we can, every step of the way. 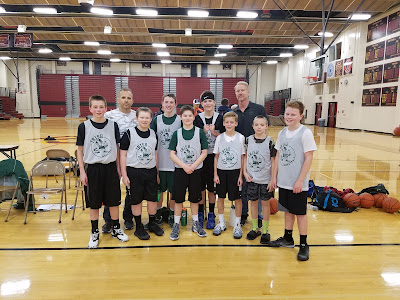