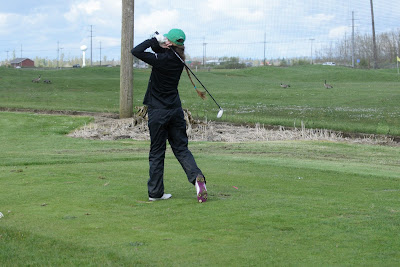 As I write this, it it is rainy and windy and frankly nasty, which is the same spring weather we have been dealing with for the past several weeks. But we lucked out on the weather last Thursday for Brailey's golf tournament, thank goodness - there were showers, but it was clear during the time she played. The only problem was that they played the outside of the course instead of the inside, and the outside is a swampy mess. It made for some incredibly rough conditions. I felt so bad for the girls, but they persevered and made it through. They each lost several balls, and we all had wet feet by the time we reached the last hole. The good news, however, is that they each improved their scores from last week, and this time, Brailey ended up second in the tournament! She played with the same girls from Thurston, and now they are buddies. That is the nice thing about golf - pretty much everyone who plays is friendly. It is refreshing, let me tell you, and we enjoyed watching all of them immensely. It was very difficult not to help them, but advice isn't allowed, so we kept quiet, except to help them find their balls. 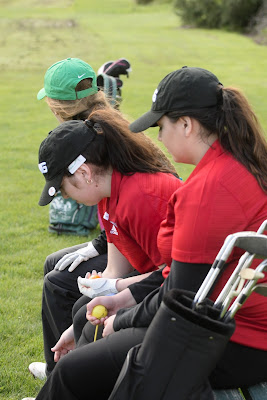 Britt is so funny! If you know him at all, then you know this to be true. I was looking around to see where he was and found him in the twigs, searching for balls. He found one, which you can see him tossing in the air in the picture below. He occupied himself by finding stray balls as we made our way around the course. Lucky for him, he found quite a few! 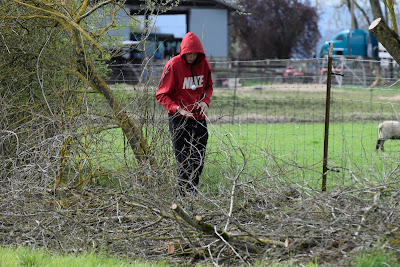 Brady was the professional flag tender, once again. Brailey's putting was amazing in this tournament! 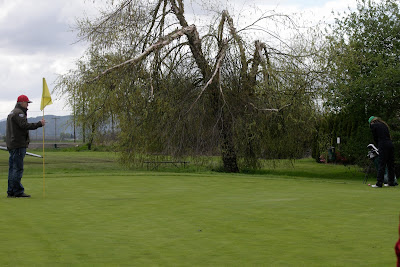 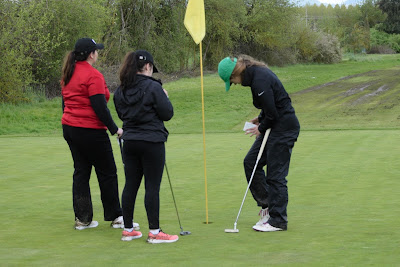 A nice hit! Can you find the ball below? It is near the line at the top of the picture. 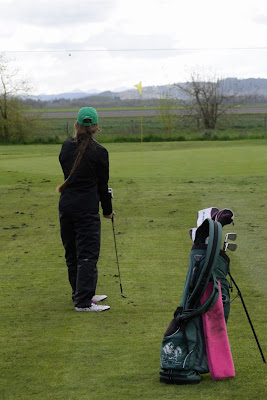 Brady and Britt helped the girls find their balls. 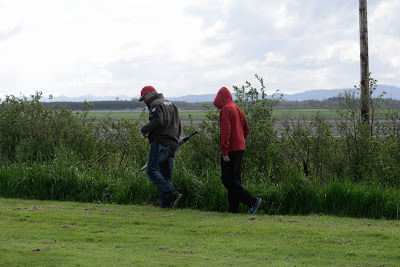 Brailey started out great guns! But then she lost her mojo for a few holes, and she was feeling a bit frustrated. However, she kept her composure and had a strong finish. We are seriously proud of her! 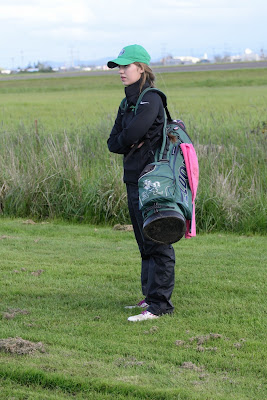 She is a chipping machine! She loves chipping and pitching more than anything and has always been good at it, even as a beginner. You can see the ball in this picture, headed right for the hole. It was a great shot! 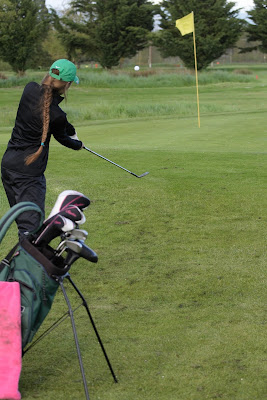 Our wonderful neighbor, Bryan, came to watch her play in the tournament. He has given her a few lessons and it was great for him to see her play. He is going to help all of us with our game over the summer, but right now his focus is on Brailey. He has been extremely helpful to her and is very excited about her game (he said she is a natural!). He knew exactly what she was doing wrong on her rough shots, and they worked on fixing some things over the weekend on Sunday and got her swing all fixed. It is super fun to have someone be so excited and helpful to our family. He played golf professionally and knows every detail there is to know about the game. We are more grateful than words can say for his help! 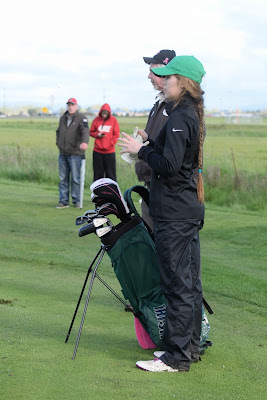 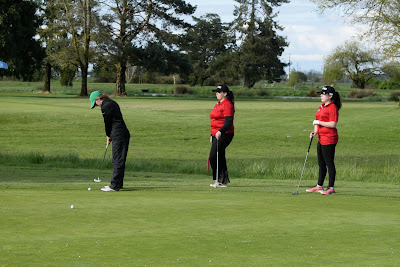 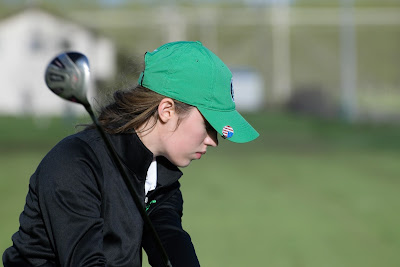 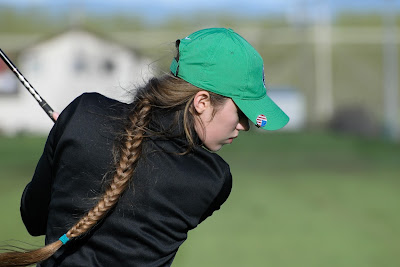 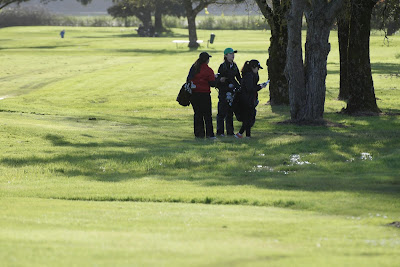 And then we had basketball on Saturday! Britt had his best game ever on this day, and was the highest scoring player on the team and even better, he met one of his personal goals by getting an "and one!" He was so thrilled! His team played incredibly well and it was great for Brady to get to see. We went straight from Britt's game to mass, where he served as an altar boy. It was a busy Saturday, but a great one. 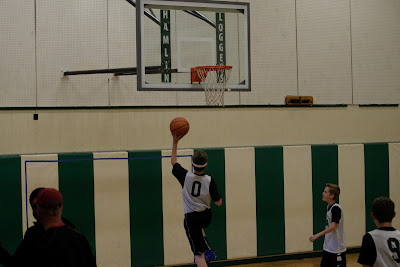 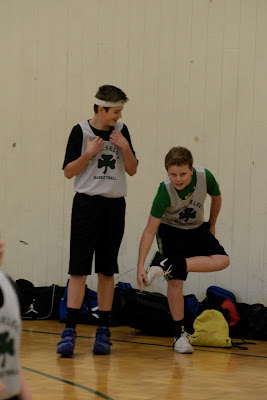 I have taken to telling Britt, "Happy boys are the prettiest!" I also tell him, "Happy boys are the best basketball players." I'm glad he is listening to me. (Haha!) He is very humble and knows he has a lot of work to do to catch up to where he needs to be. It hasn't been an easy year for him, and there have been some personal struggles along the way, but things are finally turning around. I am glad his perseverance is paying off. As a parent, it is heartwarming to see a little success for him knowing how hard he has worked. 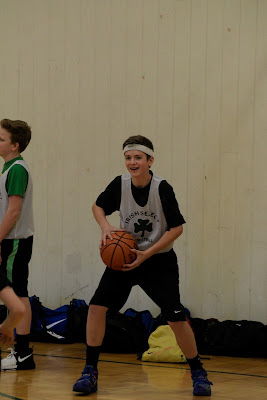 This was his "and one" moment (below). He was over the moon he made this free throw! He actually made 100% of his shots during this game and only missed one free throw. Not bad! 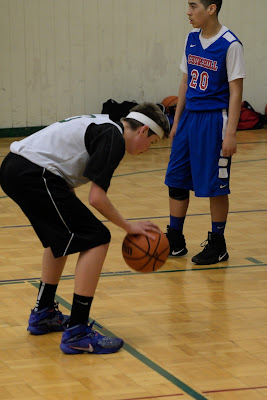 But the next day, Sunday, he didn't shine as brightly as he did the day before. He was playing a different position, and it is a tougher one for him to play. But he still had a lot of great contributions to the team. His shots weren't falling like they did the day before, but that's just the way things go, sometimes. He is getting tougher and working hard to make smart decisions, which is really what it is all about at this age - making smart decisions. He has been so afraid to make mistakes, which is a hinder to playing. Everyone makes mistakes, even the best players in the world. So we've been telling him to not worry about "messing up" and to just play. Eventually, things will come together for him. 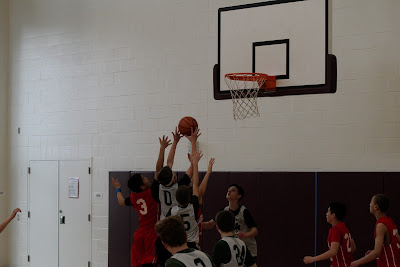 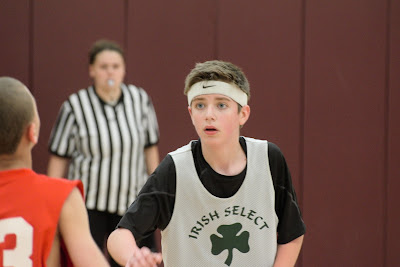 They played two games on Sunday, the first against other 7th graders, which they won, and the next one against 8th graders. The second game was a tough one, and they barely lost. We were all very proud of them! Brady overheard them saying they were going to "squash" our team - that certainly didn't happen. And our boys were tired from playing back-to-back and also missing two players, so they did really well, all things considered. We are excited for many more basketball games to come. Lucky for us, Britt has a lot of them! 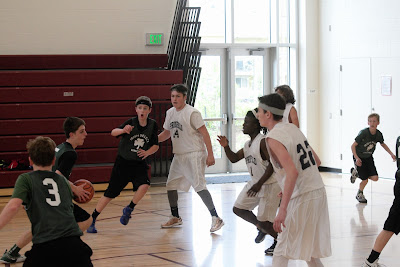 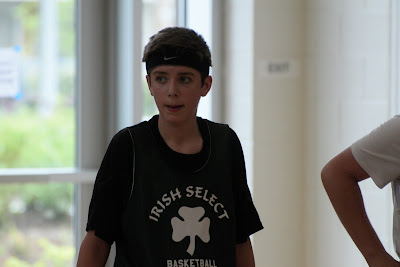