May - the last of the "Mohicans" as far as school months go. June will fly by, but May is the last big test. And like all the other months, it will zip by, as well. We finished out April this past weekend with six basketball games for Britt, a little golf, and a lot of hard work in between. Here's some fun pictures from the weekend as we close out April and move into May. 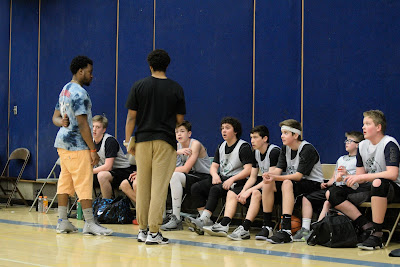 Britt, like many kids this spring, has been pulling double duty with sports. We didn't know he would be invited to be on his winter team moving into the spring under the YMCA, and so I signed him up for another team with TRBO. There are no refunds from the TRBO, but rather than stressing out about it, we decided to see how it would work out. TRBO only had two seventh graders, and so they put them on one of the eighth grade teams. The rest of the seventh graders are playing on YMCA teams. We were hoping the practice times for each of his teams would be different. Thankfully, they are! Except they are on the same day, back-to-back. It hasn't been easy, that is for sure, but a lot of kids are doing track and baseball and basketball, so it isn't all that unusual. And both teams have amazing coaches, so that has been great blessing! Britt is holding his own with the eighth grade team and learning some nice tips. His coach has been very understanding about Britt's situation and knows that his Irish Select team is the priority. So far, he has only had to miss one TRBO game. This weekend, he had three games each day. His coach for the eighth grade team is a college student, and his friend has been helping him. They are also referees for the YMCA games. It has been really fun to get to know them, and they are teaching the boys great things, like the fact that basketball is a team sport. One coach said, "If you don't want to play as a team or be a good teammate, then pick another sport. Basketball is a TEAM sport. If you want to be do an individaul sport, try swimming." He also shared with them that basketball is a very physical sport. "If you don't like physical contact, then go out for track - basketball probably isn't the sport for you if you don't like to get physical." He's right! 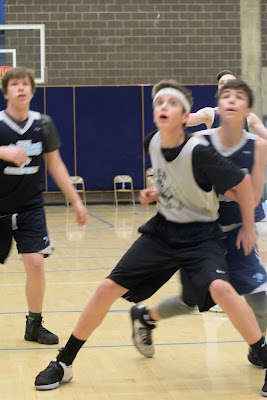 After the TRBO games above, we went to his next two games with his "priority" team, the Irish Select. 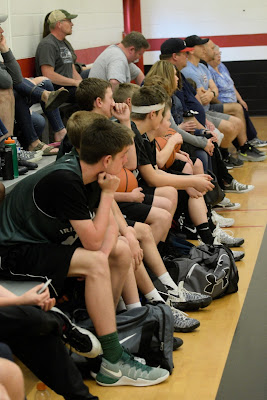 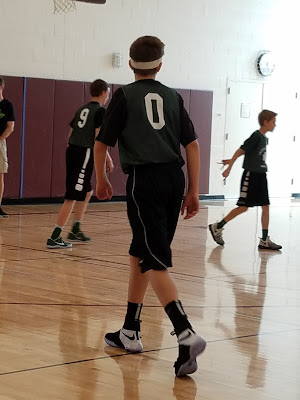 Brady got Britt some new shoes. He told us his other shoes felt a little tight. After trying on the new ones, Brady is amazed he was able to play at all. No wonder his feet were killing him! These shoes feel much better, and his feet actually haven't been hurting as badly, which is truly good news. 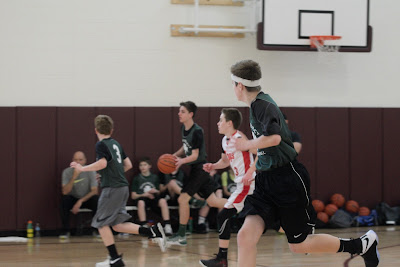 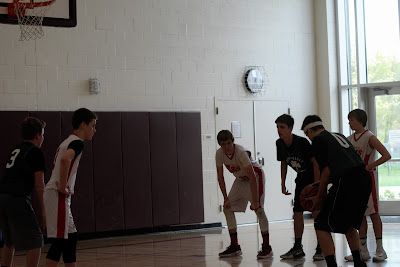 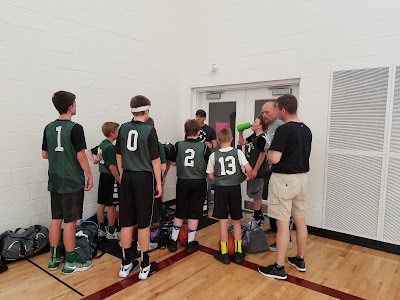 After the YMCA game, we finished the day with two more TRBO games. These eighth graders are a little bigger. Britt is still right in there as far as height, but he definitely doesn't stand out as a tall kid. Of course there is one ball hog on the this team who drives everyone crazy (probably me more than anyone - I loathe selfish players!). He is notorious throughout the basketball channels for being a self-indulgent player. Thankfully, the coach sees it and is working on this issue, and the other players are great! It is nice for Britt to get to know these older kids. 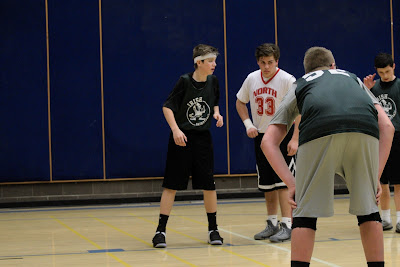 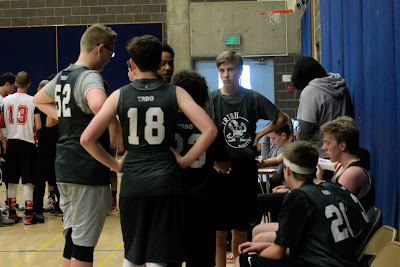 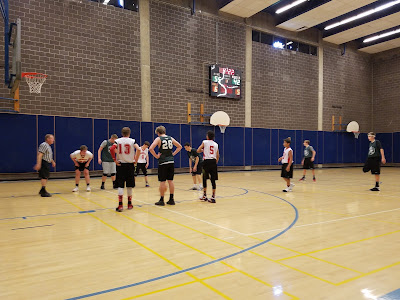 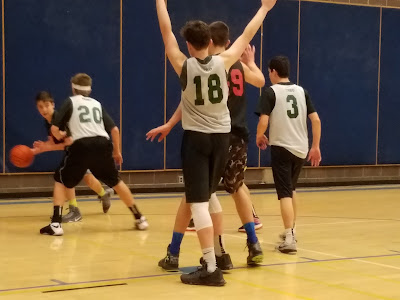 Brailey got to spend the weekend with her best friend, celebrating Nikki's birthday. She love, love, loves going to the Reeves' house! As usual, she was spoiled rotten by Nikki's mom and had the absolute time of her life. They had manicures, pedicures, a fancy lunch, went to the movies, and had a truly wonderful time. After we got home from basketball Sunday afternoon, she was able to get a lesson with our neighbor, Bryan, who is more like her personal golf coach. We are so lucky to know him! He truly loves helping her. She was having trouble using her driver, and by the time they were done, she was hitting it perfectly. The "pad," as we have taken to calling it, that Brady made over Spring Break is so perfect! Also, it was a rare, beautiful and sunny evening, which made the experience even more enjoyable. If it were up to me, golf season would just now be starting for high schools in Oregon. Golfing in the rain is not my idea of fun. Luckily, it is supposed to be nice for her tournament on Thursday - hooray! She is pulling double duty this week, as well. She has golf and dance tryouts and her dance classes. Yikes! It will be over in the blink of an eye, though, so we are going to enjoy these last few crazy weeks as we kick off summer in May. Hello, Sunshine! Please feel free to stay. We are ready for you! 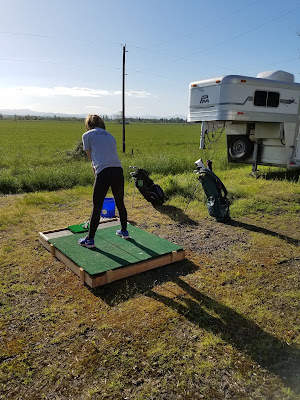 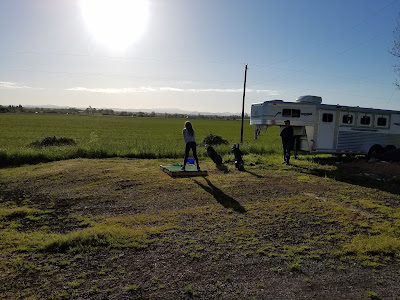 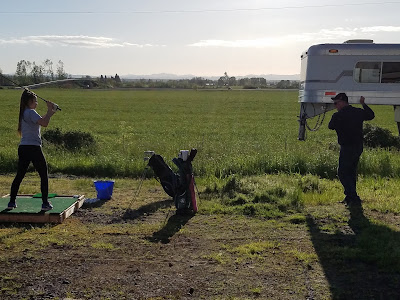 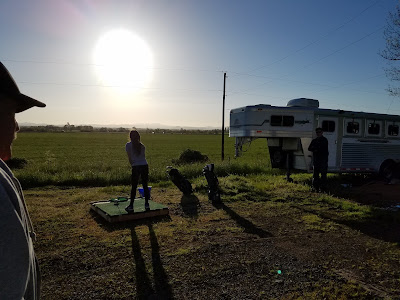 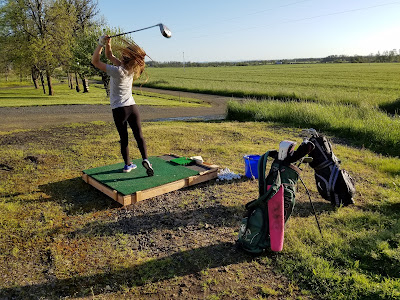 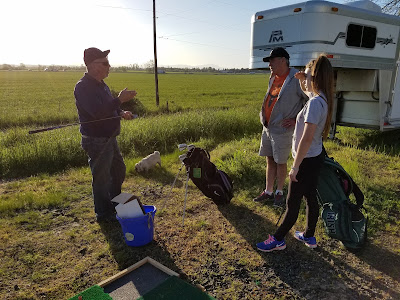