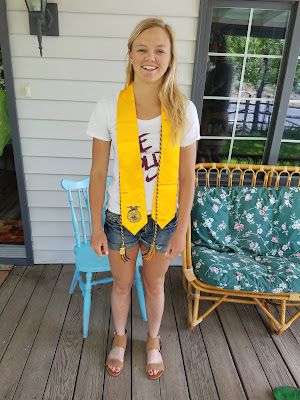 We arrived in Harney Country this past Friday just in time to see Lexi headed to get ready for her high school graduation at a friend's house. "But first, let me take a picture!" It was an amazing weekend, and much like a mini family reunion. Below, I tried to get everyone at the graduation in a picture - we took up every seat but one in that row of chairs. Nate is hiding behind Lanie. And I am taking the picture, but it is kind of a fun shot! Only a few faces are in focus, but there are smiles all down the line (probably because I was a bit of a spectacle getting this shot). 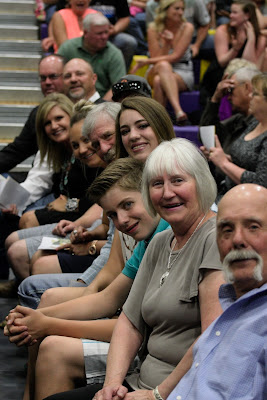 I caught my B's taking selfies. So funny! I like how Lanie is smiling at them in the background next to Brady. 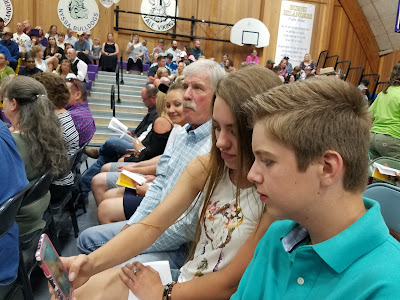 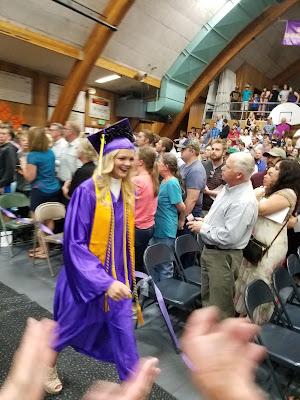 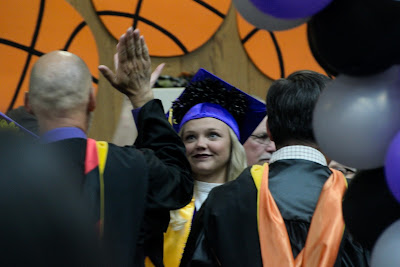 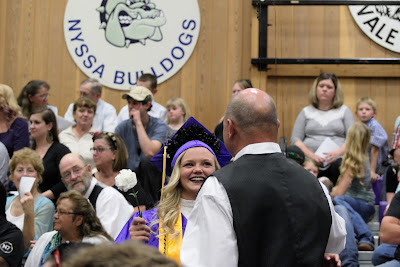 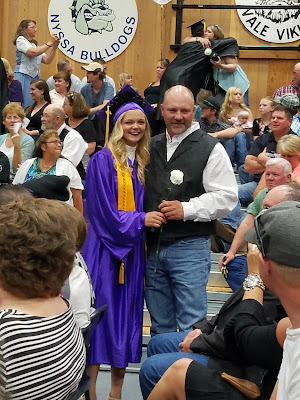 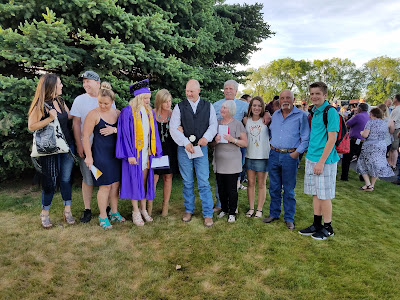 And then we had family pictures of all kinds afterwards. It was crazy and fun! I included the one above, because it is kind of funny that we are all looking every which way. This was my first time meeting my niece Lanie's boyfriend, Nate, which is who I was standing next to. 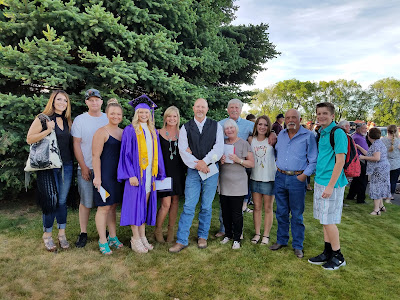 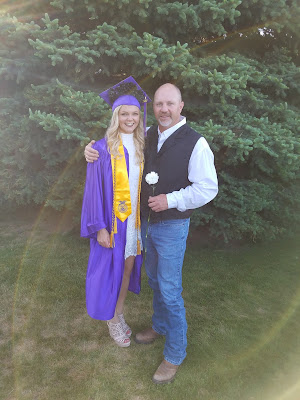 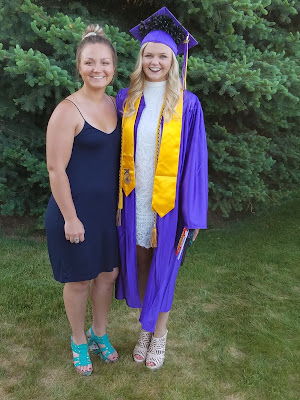 The sisters above and the cousins below. Three girls and a boy, all of them beautiful. On a side note, Britt was very upset with me for making him wear a polo shirt. He loathes polos! He later told me he was the only one there wearing one. I doubt that is true, but his point being, he was not happy with his attire. Tee shirts rule in his world. 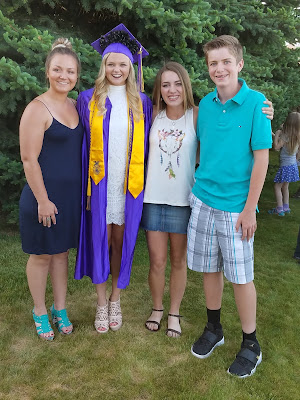 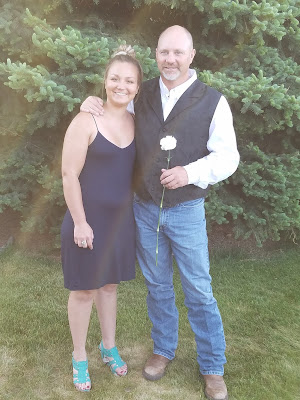 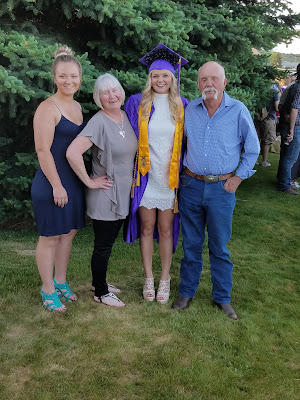 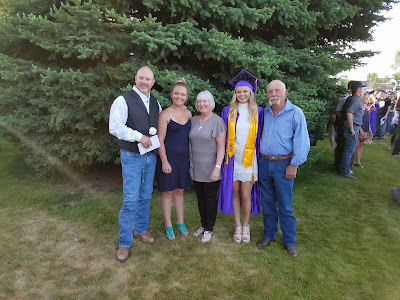 Even in my high heels, Britt is still taller than me. Everyone was astonished at how much he has grown. 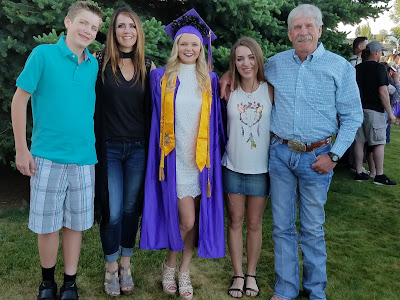 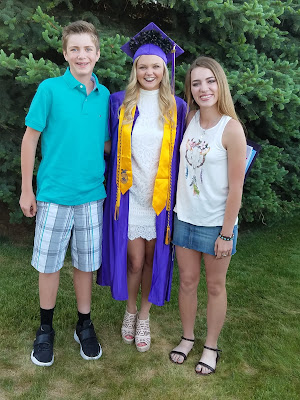 I love this picture below of my two First Borns, Lanie has always been one of my babies. This picture melts my heart! Of the four of them, these two are the most alike - sweet as can be but with a little fire in there, as well. Brailey is actually taller than Lanie, but she was in flats and Lanie was in heels. 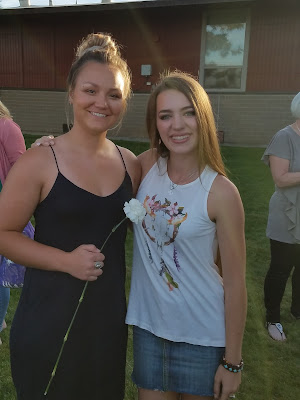 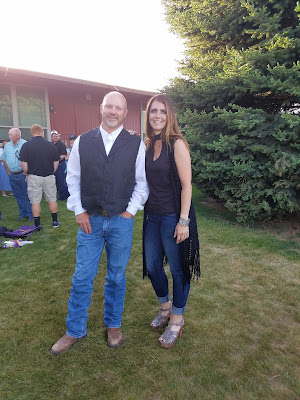 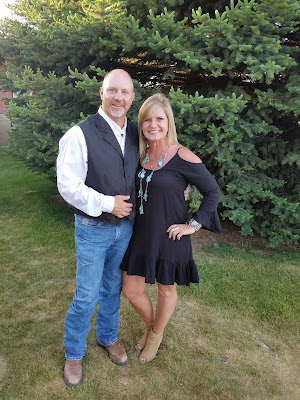 Thank goodness Shawn's girlfriend, Rici, was there! (Isn't she so beautiful?!) She kept saying, "We need a picture of this." I would never have thought to get one with my parents and Shawn. Usually, I am not in most pictures, because I am the one taking them. So it was nice to have someone else helping with pictures and making sure I was in them. If only I had thought to arrange my hair for them. Eeeeeeeck! I tried my best to be glamorous for the occasion, but it just isn't my strong suit. I'm a country girl at heart! 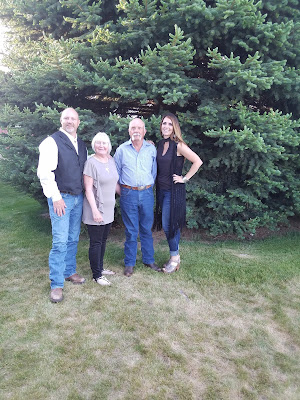 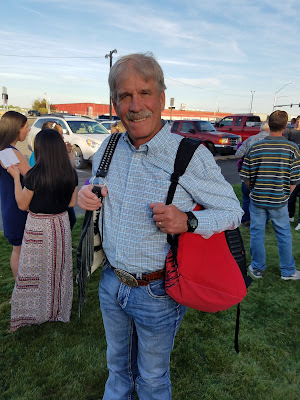 My handsome husband being a purse and camera bag holder. And my dear old dad! 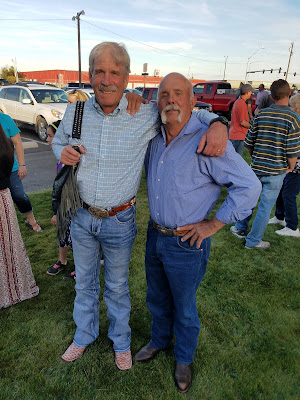 It was wonderful to finally meet Nate. He is so sweet! He and Lanie are perfect for each other, yin and yang all the way. I love this picture of them. 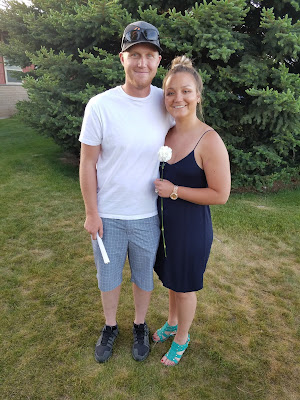 And one of my friends from high school, Cinnamon, was there for her son - he was in the same class as Lexi. Her baby! She lives in Washington, now, but it was great to see her for a few seconds. She hasn't aged a bit! Class of 1990 right there, folks. Seems like it was just yesterday! 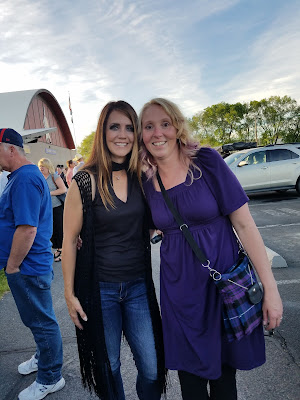 Lots more blog posts to come. There was so much fun and excitement, I had to break it down in to several posts. Coming soon, squirrel hunting, the big party and birthday fun. I've said it before and I'll say it again - these are the days, my friends!
at June 06, 2017